New Beedle the Bard show debuts in Diagon Alley at Universal: The Fountain of Fair Fortune 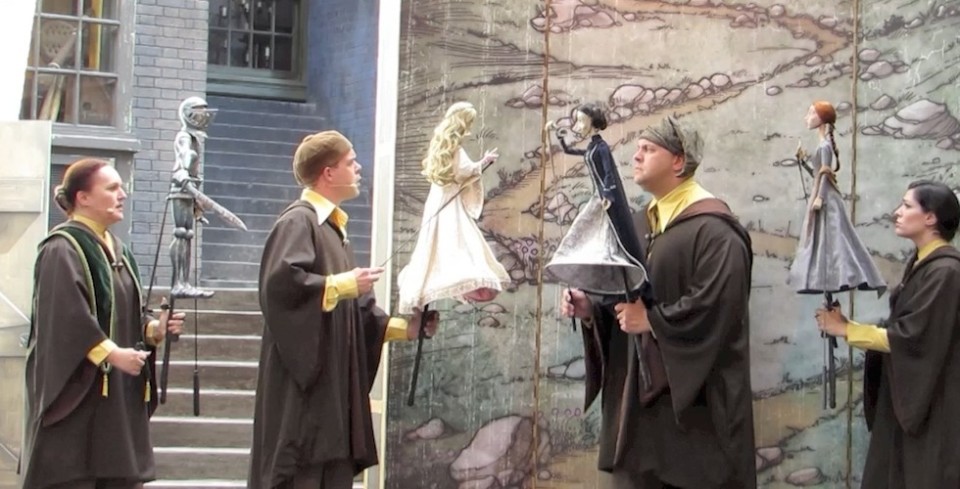 A second story from The Tales of Beedle the Bard is now being performed inside The Wizarding World of Harry Potter: Diagon Alley at Universal Orlando.

The Tales of Beedle the Bard features a troupe of four from the Wizarding Academy of Dramatic Arts who have set up to perform a trunk show using stylized scenic pieces, props and puppetry fabricated by Emmy-award-winning designer Michael Curry.

The performers retell two of the famed tales of Beedle the Bard, a 15th-century author of wizarding fairytales. The newest show is “The Fountain of Fair Fortune”, in which three witches and a knight meet in their attempt to reach a fountain in an enchanted garden:

The other story, “The Tale of the Three Brothers”, has been performing since the grand opening of Diagon Alley. This story was featured in the seventh Harry Potter film, “Harry Potter and the Deathly Hallows – Part 1”, and features three wizard brothers who come face to face with Death:

Both shows perform daily in the Carkitt Market area of Diagon Alley.

Blue skies and sunshine, guaranteed! – The...