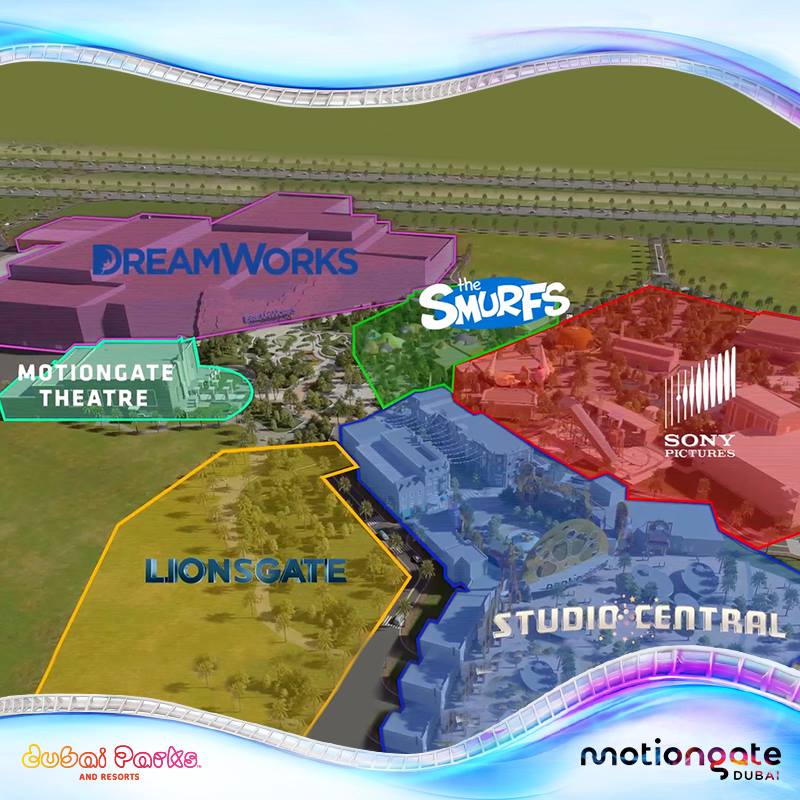 Go behind the scenes at Motiongate Dubai with a new construction video.

Orlando is home to two major movie-based theme parks, but soon the United Arab Emirates will open another Hollywood-inspired attraction, and you can go behind the scenes of Motiongate Dubai with a behind the scenes video.

When Motiongate Dubai opens in October 2016, it will boast 27 rides and attractions spread across 1.9 million square feet. The park will be broken into 5 zones, with themed areas representing the Hollywood studios DreamWorks Animation (Shrek, Madagascar, How to Train Your Dragon, Kung Fu Panda), Sony Pictures Studios (Ghostbusters, Hotel Transylvania, Green Hornet, Underworld, Zombieland Smurfs), and Lionsgate (Step Up, The Hunger Games).
Here is a video released by Motiongate Dubai showing off the construction progress, and previewing the upcoming attraction:

A daily song and dance production featuring favourite Hollywood characters to welcome guests into the park.

A roaming interactive show led by a quirky film director character and his comedic film crew. 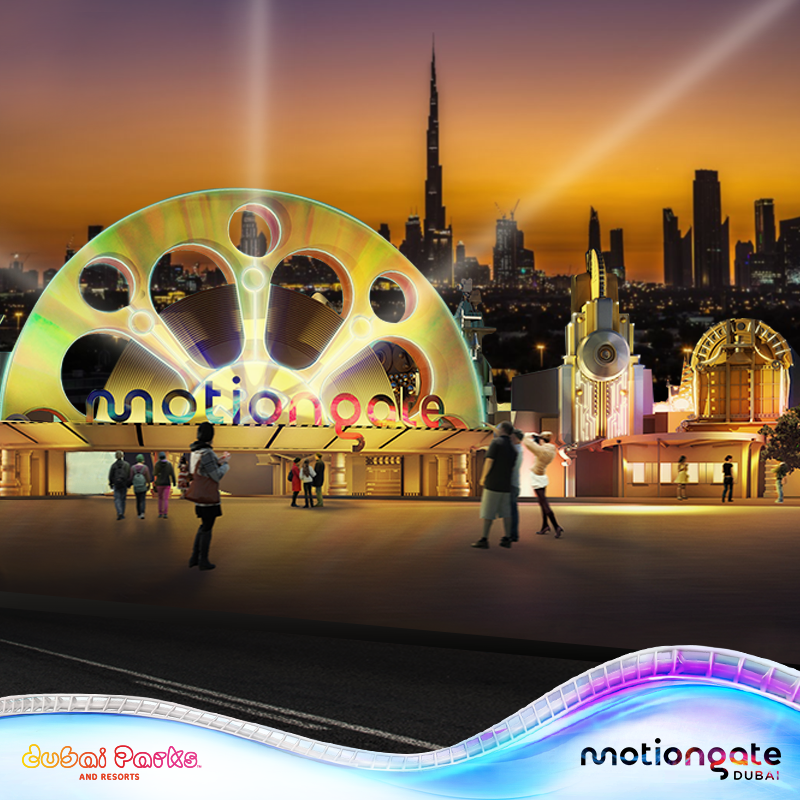 A frenetic, fun dark ride inside the world’s only hotel for monsters.

Cloudy with a Chance of Meatballs: River Expedition

A splashing water rapids family ride, where guests voyage through Swallow Falls aboard an inflatable raft.

An interactive and experimental play lab with larger than life foam food objects.

A 58m drop tower that blasts guests up, down and more!

An interactive dark ride and shooting game where guests can shoot at various targets for points.

A group of young artists dancing and singing the top hits of yesterday and today.

The Ghostbusters as a singing, dancing boy band.

Count Dracula and his family of monsters perform song and dance numbers.

Cloudy with a Chance of Meatballs

Selene, the vampire heroine of the Underworld poses for photos.

A family ride that takes guests behind the scenes of the Smurfs working studio.

A live theatre show where guests can interact with animated Smurfs.

An adventure playground with rope bridges, slides and mushroom-shaped houses.

Character encounters with the colony of little blue friends.

An interactive dark ride which revisits the story of how Shrek and Fiona met in a memorable way.

A family ride where guests sit in a hollowed out log that glides and spins.

A classic teacup ride, but in whimsical noodle bowls where guests can control how fast they spin.

An interactive, live stage show, where participants can learn the art of kung fu from the masters.

An exhilarating suspended roller coaster that soars high above.

Camp Viking (How To Train Your Dragon)

An interactive, adventure water play area for families with wet and dry areas.

A classic swinging ride on a Viking ship which glides back and forth.

A multi-media fountain with water and light displays which showcases some of DreamWorks’ favourite characters.

King Julian and the characters from Madagascar put on a comedic show for diners. Captain Chantel DuBois entertains diners as she hunts the escaped Zoosters.

How To Train Your Dragon

A not-to-miss photo opportunity with a larger-than-life Toothless and his friends Astrid and Hiccup.

An adrenaline-fuelled roller coaster experience which launches guests in all directions.

Step Up Dubai, All In!