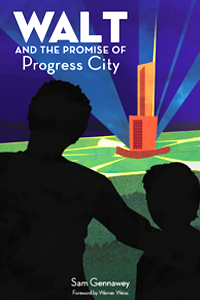 In the middle of Central Florida swamplands and ranch property, Walt Disney aspired to build the greatest American city ever conceived – Epcot. While Disney would die before realizing this epic achievement, he still left behind the blueprint for one of the boldest and most unique projects ever proposed on American soil. Walt and the Promise of Progress City is a new book that explores how Walt Disney was determined to bring new life to the non-fiction world of city design and development.

This 374-page paperback by Sam Gennawey explores Walt Disney’s vision for a city of tomorrow, Epcot, and how this great city would be a way for American corporations to demonstrate how technology, creative thinking and hard work could change the world. Quite simply, Disney saw this project as a way to influence the public’s expectations about city life, in the same way his earlier work had redefined what it meant to watch an animated film or visit an amusement park.

Author Gennawey, a professional planner and theme park and attractions industry expert, also breaks new ground in detailing the process through which meaningful and functional spaces have been created by Walt Disney and his artists as well as how guests understand and experience those spaces. 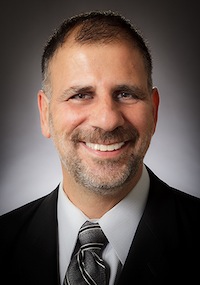 Gennawey has spent years researching the history of Epcot and Walt Disney’s love for city planning while interviewing a wide variety of key players familiar with Walt and his vision.

“Walt and the Promise of Progress City explains how the architecture and design of Disney theme parks is so successful,” explains Len Testa, Co-Author, The Unofficial Guide to Walt Disney World. “Far from being a lucky accident, Sam Gennawey shows that Walt’s interest in urban planning led Disney Imagineers to draw upon established architecture theory to build one of the most popular, successful urban landscapes of the 20th century.”

Walt and the Promise of Progress City is published by Ayefour Publishing at a list price of $19.95 for the book version and $9.95 for the Kindle version. More information can be found at ayefourpublishing.com.

President Obama coming to Disney World – No guest access, but entertainment options have been added