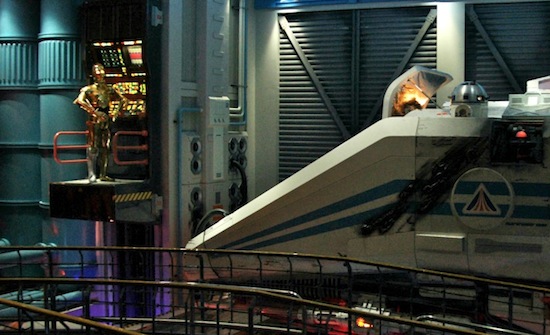 A few weeks ago we showed you video of Mickey Mouse not only greeting guests, but actually personally taking with them. Now it seems Star Wars character C-3PO is also calling his fans by name.

We haven’t heard anything officially about this new C-3PO, but it’s more than likely still in the testing phases and you may not see him at all of the remaining Star Wars Weekends at Disney’s Hollywood Studios.

UPDATE: It turns out this character isn’t a test, as he also appeared at Star Wars Celebration IV. In addition to Star Wars Weekends, maybe you’ll get to meet him at the upcoming Celebration V this August in Orlando.

Finally! A full look inside The Wizarding World of Harry Potter at Islands of Adventure

I was at the park and they told me c-3po would be there for all the SW weekends.

Today different cast members were saying different things. He had a line about 50-deep today.

For years fans have had c-3po suits and done the voice for him. Its actually pretty common. Since he’s a member of the 501st that disney uses for SWW, Im not suprised. His responses arent robotic or anything, he is actually saying it, unlike Mickey which is a more complicated process.