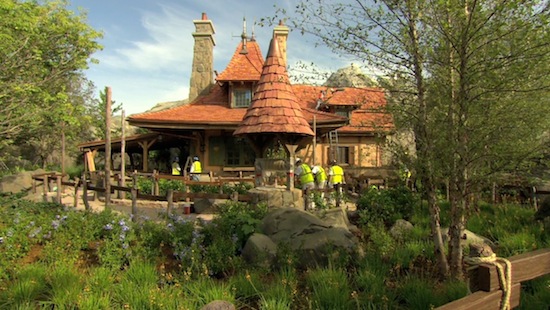 Disney recently invited some members of the media on a behind the construction walls look at New Fantasyland. Although no video or photos were allowed during the tour, Disney provided some video footage. Below is a look at the video plus some screen shots. As you can see, many areas are looking close to completion with trees planted and water flowing. Above is a photo of Maurice and Belle’s Cottage, where guests will be able to experience Enchanted Tales With Belle.

Fantasyland Update - Construction during July 2012 at the Magic Kingdom 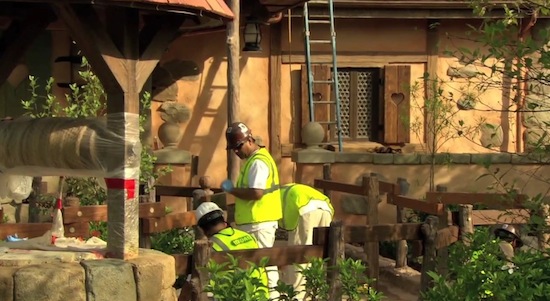 This is closer look at the outside of Maurice’s Cottage. Notice the wishing well on the left. 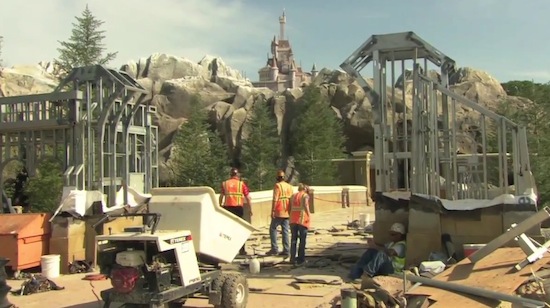 The bridge that leads to the Be Our Guest Restaurant. 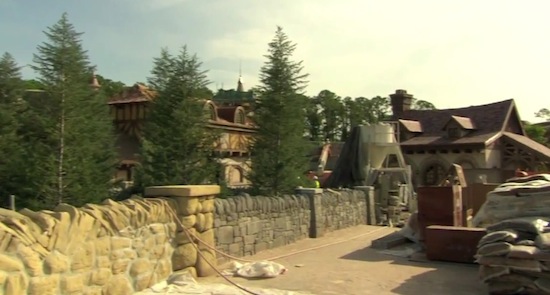 This bridge leads to the village from Beauty and the Beast, where guests can visit Gaston’s Tavern. 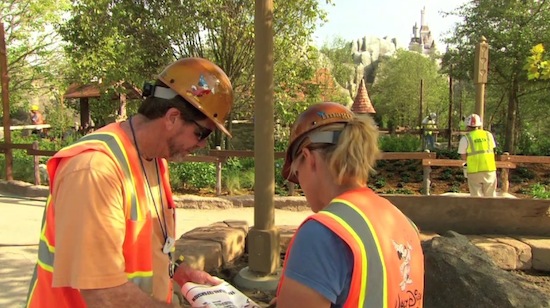 This shot shows why the new area is called Fantasyland Forest. Look at all the newly planted trees. 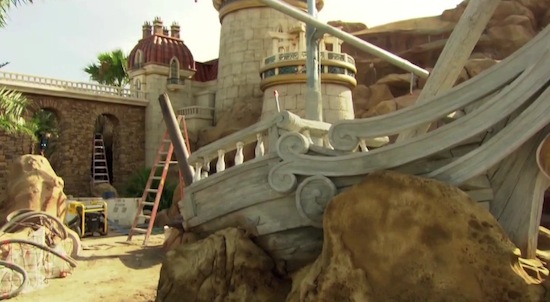 A wrecked ship sits in front of Prince Eric’s castle, which houses Under the Sea ~ Journey of The Little Mermaid. 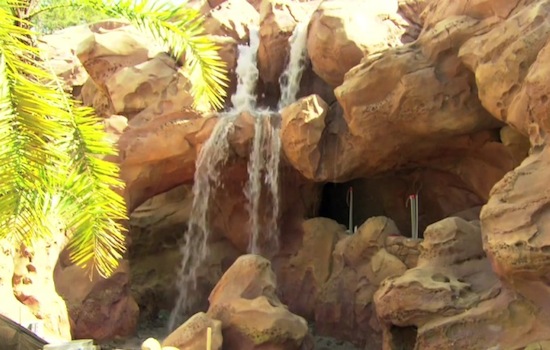 It’s great to see the running waterfall outside Ariel’s Grotto.

Most of the Storybook Circus areas of New Fantasyland are now open. Still to open are a merchandise tent and a meet and greet tent. No dates have been announced for their opening but it’s expected they’ll open in a couple of months (before the 2012 holidays) along with Under the Sea ~ Journey of The Little Mermaid, Enchanted Tales with Belle, Be Our Guest Restaurant, Gaston’s Tavern and Ariel’s Grotto.

Princess Fairytale Hall is set to open in the former Snow White location in 2013. The final area of New Fantasyland, the Seven Dwarfs Mine Train ride, are supposed to open in 2014.

A look behind the scenes at ‘Orlando Attractions Magazine – The Show’

The video and photos are awesome! I cannot wait to enjoy this new Fantasyland expansion!

‘Guardians of the Galaxy’ star to visit...