New guidebook covers the myriad of attractions in ‘The Other Orlando’ 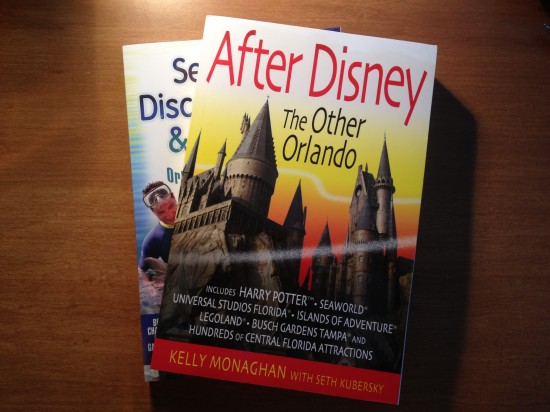 “Orlando is most definitely not a one-mouse town,” Monaghan said. “For starters there’s Universal Orlando Resort, with two world class theme parks that are every bit as good as Disney’s. Then there is SeaWorld and its critter-themed sister parks, Discovery Cove and Aquatica. Beyond that, there are other major attractions like Gatorland and The Holy Land Experience. A short drive away, you’ll find Kennedy Space Center, Legoland, and Busch Gardens in Tampa. Shall I go on?”

After Disney covers a number of experiences that Disney simply cannot match. One of those is the Wizarding World of Harry Potter at Universal’s Islands of Adventure. “Harry Potter and the Forbidden Journey has set a new benchmark in theme park thrill rides. And now Universal is expanding the Potter franchise into its other theme park, Universal Studios Florida. After Disney has the first reports in any guidebook about what to expect,” said Monaghan.

Another Orlando highlight is the opportunity to swim with dolphins at Discovery Cove. “This has to be the most magical experience in Orlando and I mean no disrespect to Mickey when I say that,” Monaghan notes.

Available in bookstores nationwide, from online bookstores, or by visiting: IntrepidTraveler.com.

Special offer for Orlando Attractions Magazine readers: Get 10 percent off all books at IntrepidTraveler.com by entering OAM as the coupon code.

I have this book and it is very informative.

This book sounds great! There’s so much more to Orlando than just the big parks. Get out there and explore!