While not technically Orlando news this is still worth posting here as some day we may see the same technological achievement showing up at Disney’s Hollywood Studios. A Disneyland media event in Anaheim, Calif. was to be held this morning at 4 a.m. PST to show off their new advanced Fantasmic dragon. Unfortunately, technical issues that have delayed the dragon’s premiere through the summer months persisted and prevented the dragon from operating, so the event was cancelled.

However, Disney did still send two photos and a video of the incredible dragon in operation. Be sure to click the photos to enlarge them. 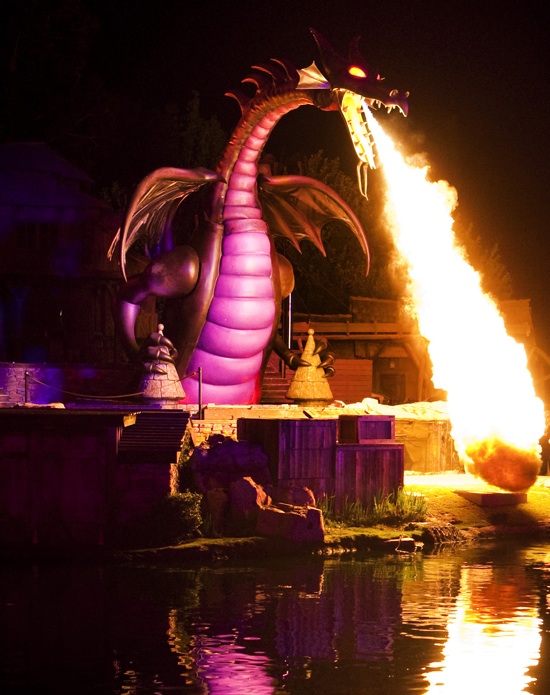 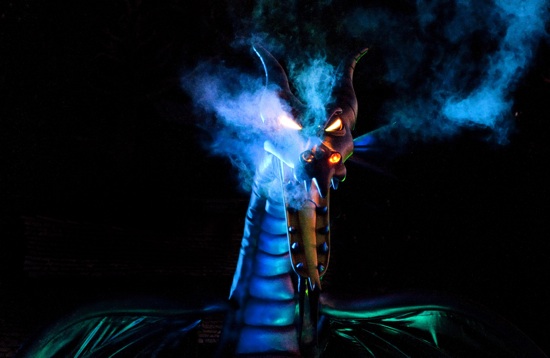 We can only hope that we eventually get this incredible new creature in our version of Fantasmic at Walt Disney World once they work out the bugs.

Disney purchasing Marvel – What will this mean for Islands of Adventure?

Here’s a look at Disney pin series that...

I wonder what will happen to Fantasmic when the new “water” show open at DCA in spring 2010? Seems like overlapping technology.

One can hope the upgrades can be debugged and brought to WDW in the near future… along with some updates scenes (and more showings again..)

Maleficent looks awesome! I hope they can bring that working dragon over to the Orlando show. Fantasmic is one of my favorites!

Too bad it hasn’t been working… ALL SUMMER! Sad to say, Summer Nightastic has proven… underwhelming.

The CM playing Mickey Mouse needs to be slapped for constantly making Mickey “laugh” at everything. Totally ruins the mood!