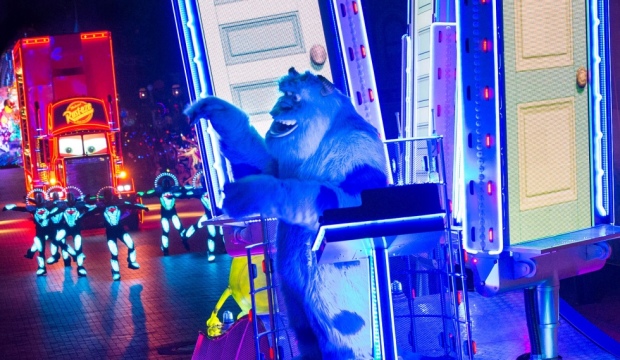 On May 22, 2015, Disneyland Resort is set to begin a Diamond Celebration for their 60th anniversary with three new nighttime shows debuting.

The new shows will take guests into the worlds of Disney stories like never before, celebrating 60 years of magic with a nighttime parade that shines with more than 1.5 million individually controlled lights – the first all-LED parade at the resort; a reinvention of the classic fireworks that adds projections; and a new version of “World of Color” that celebrates Walt Disney’s dream for Disneyland. 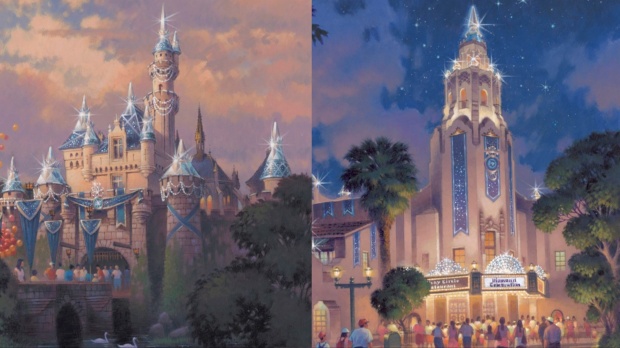 In addition, Sleeping Beauty Castle in Disneyland and Carthay Circle Theatre in Disney California Adventure will glisten and gleam for the celebration, each with its own diamond medallion. The Disneyland Resort and surrounding streets will sparkle with Diamond Celebration décor and banners in shades of Disneyland blue. Also bearing the diamond anniversary theme, creative merchandise and food items will be designed to complement the celebration.

The Diamond Celebration will feature three new shows that expand the boundaries of after-dark entertainment: 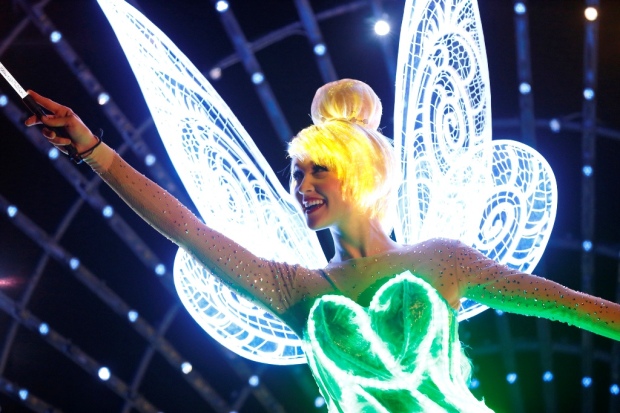 • “Paint the Night” parade – New technology permeates this after-dark parade, flooding Main Street, U.S.A., in Disneyland with vibrant color and more than 1.5 million, brilliant LED lights that flash and glow as they bring Disney stories to life. The luminescent parade introduces a new era of magical entertainment, as Mickey Mouse uses his imagination to harness the power of Tinker Bell’s pixie dust and “Paint the Night” in dazzling Disney dreams. Those dreams include special appearances by Mickey’s pals and characters from tales such as “Monsters, Inc.,” “Cars,” “The Little Mermaid,” “Beauty and the Beast,” “Toy Story” and “Frozen.” The parade features special effects, unforgettable music, energetic performances, fun surprises and spectacular floats, with Mickey leading the grand finale. 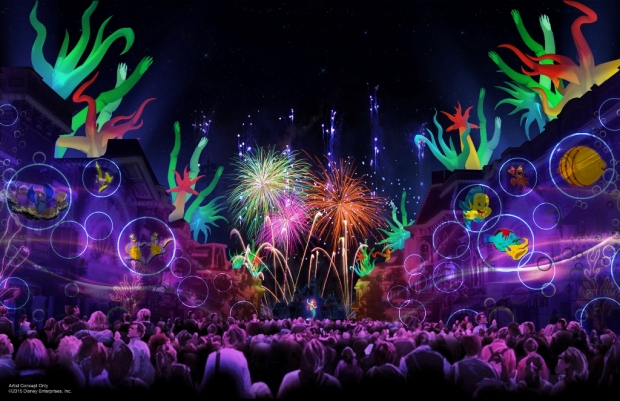 • “Disneyland Forever” fireworks spectacular – The Disneyland Resort tradition of creating big fireworks shows will soar to new levels as “Disneyland Forever”. Thanks to the largest installation of projection mapping technology in a Disney park and unique special effects, guests will find themselves transported into the worlds of Disney and Pixar films. The fireworks “stage” will extend to Main Street, U.S.A., “it’s a small world,” Rivers of America and the Matterhorn as projections transform familiar park icons into story scenes. Two original songs also will be featured, the theme “Live the Magic,” and the closing song “Kiss Goodnight,” written by Disney Legend Richard Sherman. “Disneyland Forever” will be visible from Main Street, U.S.A., and several Disneyland locations.

Get a preview of what the “Disneyland Forever” fireworks show will look like on Main Street, U.S.A. in our video below: 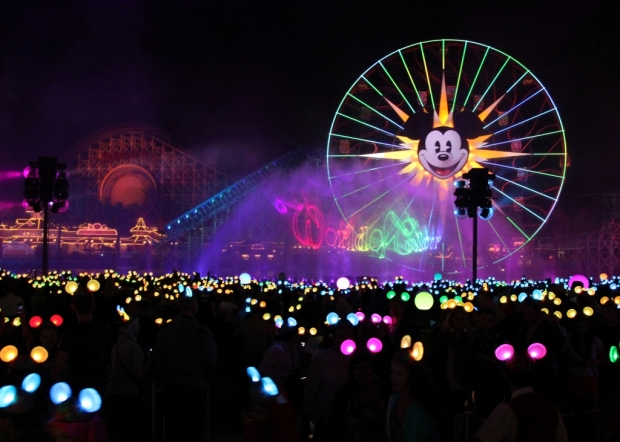 • “World of Color – Celebrate! The Wonderful World of Walt Disney” – Mickey Mouse will entertain guests as mischievous host of this new presentation of the nighttime “World of Color” show in Disney California Adventure. Mickey Mouse will take guests on a journey through the imagination of Walt Disney, exploring his decades-long legacy of memorable animated moments and the dream of Disneyland Park. “World of Color – Celebrate!” brings to life the story of Walt and The Happiest Place on Earth with animated imagery, live-action film, fountains, lasers, special effects and a musical score, all on the magical water canvas of “World of Color.”

“Sixty years ago, Walt Disney welcomed the first guests to Disneyland. Nearly 3 billion guest visits later, it’s amazing to contemplate all that Disney Parks and Resorts represents to so many people around the world,” said Tom Staggs, chairman, Walt Disney Parks and Resorts. “We’ve conceived the Disneyland Diamond Anniversary as a celebration of this special place that started it all. Disneyland was envisioned as a place that encourages all of us to be ‘forever young,’ in part by being forever young itself … so we’re celebrating not just the last 60 years, but all that is yet to come.”

The popularity of Disneyland through nearly 60 years celebrates Walt Disney’s dream of a place where family members of all ages can have fun together in an atmosphere that emphasizes imagination, storytelling and guest service. Since 1955, dignitaries, heads of state, celebrities and more than 700 million guests have passed through the gates of a place that Walt imagined as “a source of joy and inspiration to the world.”

Additional information about the Disneyland Resort Diamond Celebration will be shared in the coming months at Disneyland.com and DisneyParksBlog.com.

Here’s the full announcement of the new shows and other celebrations: