At Disney’s D23 Expo in Japan, new details were announced and concept art shown for the new Avatar Land at Disney’s Animal Kingdom, and separately, a new nighttime show was announced for the park. 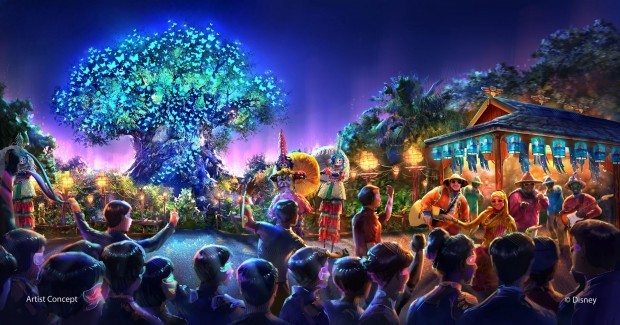 Disney’s Animal Kingdom will be adding all-new entertainment experiences including a new after-dark spectacular centered around and above Discovery River featuring live music, floating lanterns, water screens and swirling animal imagery. In addition, there will be new nighttime entertainment including live performers on Discovery Island and a new night version of Kilimanjaro Safaris. No date has been given for when these experiences will debut.

Scheduled to open in 2017, the Avatar-inspired land will be part of the largest expansion in Disney’s Animal Kingdom history. Walt Disney Imagineering in collaboration with filmmaker James Cameron and Lightstorm Entertainment is bringing to life the mythical world of Pandora, inspired by Cameron’s Avatar movie. The land of floating mountains, bioluminescent rainforests and soaring Banshees will become real for Disney guests to see, hear and touch.

The new land will be built where Camp Minnie-Mickey currently resides, and even expand beyond the area. (The Lion King theater is being moved to the Africa section of the park.) According to Walt Disney Parks & Resort Chairman Tom Staggs on the Disney Parks Blog:

As these concept renderings show in epic scale, in the world of Avatar guests will encounter awe-inspiring floating mountains and wander through a nighttime jungle of bioluminescent plants that are alive with light and sound. Guests will also discover what it feels like to soar into the sky riding a Banshee. 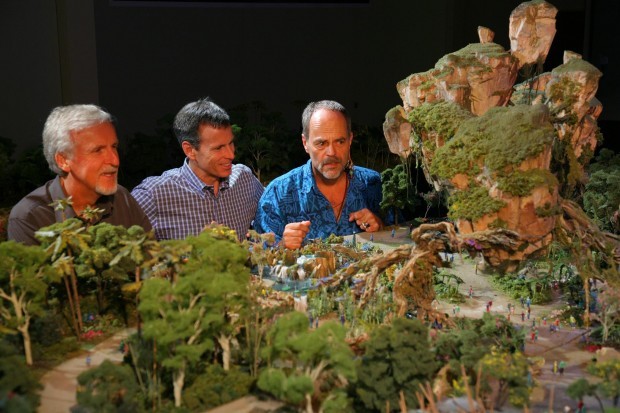 In the above photo, Imagineering’s Joe Rohde (right) shares highlights of the project model with James Cameron (left) and Tom Staggs.

UPDATE: Oct. 14, 2014 – Disney has released a video that was shown at the D23 Expo in Japan showing Filmmaker James Cameron and Imagineer Joe Rohde talking about the new Avatar land. The video also shows off some new artwork and models: 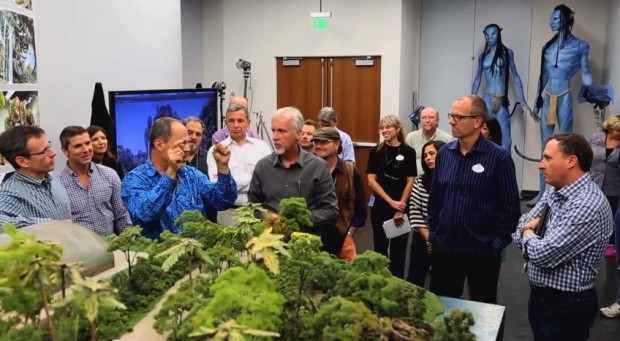 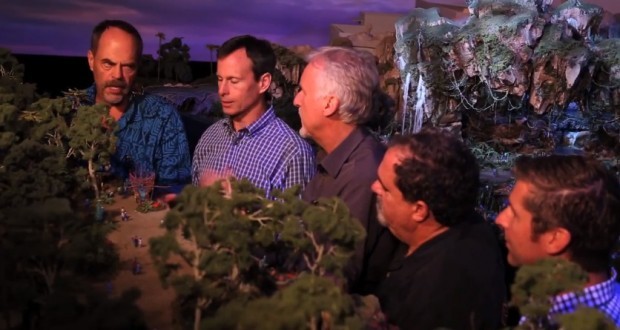 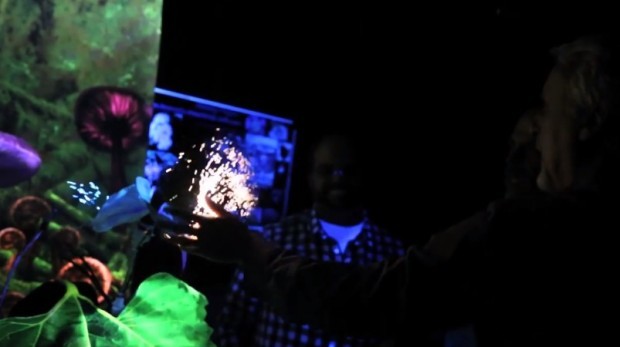 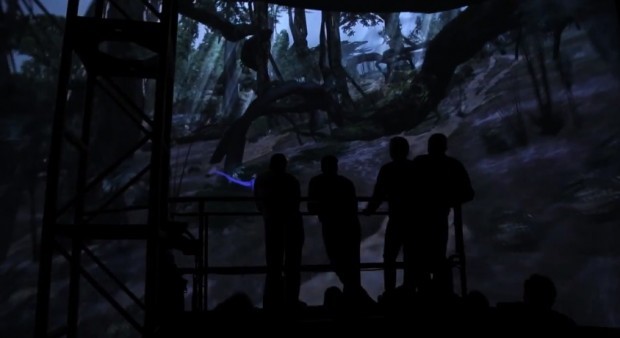 So, here we go with the same Disney ride concepts that have been in place since their opening. Automation for plastic characters and a boat ride. Same as the Ariel ride, nothing really new and advanced. At least that’s what it appears from the article and photos.

Where Disney has Tomorrow land that still resembles Yesterday land — now we have Avatar that has a different look, but the same type of ride as all the other rides. Nothing new. Same old boring with a different appearance. Does Disney still have any imagination? Can they develop something out-of-the-box? What’s happening over there?

Disney now borrows concepts from everyone else {James Cameron, George Lucas, etc.}
They don’t seem to have either the imagination or the initiative to come up with their own
original ideas anymore.
And how come Tomorrowland is NEVER about tomorrow?
What happened to that organization?

Here we go again!! There was nothing wrong with camp Mickey Minnie. If it ain’t broke don’t fix it.

I am glad they are doing something new in AK. Wish there would be something new in HS – It has become boring. and only a 1/2 day park. If it wasn’t for the Osborne Lights I would not ever go over.
Hope the Ride will be like soaring and not like Star Tours those rides make me motion sick. Ugh.