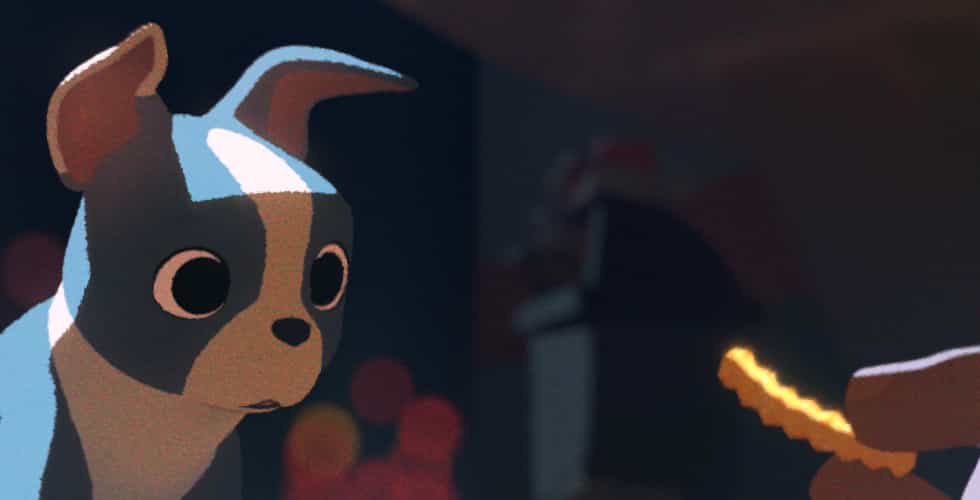 Disney’s short film “Feast” will be one of two new shorts added to the attraction on June 19.

Disney and Pixar fans are going to get two new short films added to the lineup once the attraction reopens in Epcot on June 19 after a short refurbishment: “Piper” and “Feast.”

“Piper” tells the story of a hungry baby sandpiper who learns to overcome her fear of the ocean. This short film was theatrically released alongside Disney-Pixar’s “Finding Dory” in 2016, and won the Academy Award for Best Animated Short Film earlier this year.

The other short film, “Feast,” invites guests to join in the delicious adventures of a Boston Terrier puppy named Winston, and his love for junk food. This short film was produced by Walt Disney Animation Studios, and was theatrically released with “Big Hero 6” in 2014. This short film also won the Academy Award for Best Animated Short Film in 2015.

These two new short films will replace the two that were previously screened in the attraction, “La Luna” and “For the Birds.” The short film “Get a Horse” will still be shown alongside these two new additions.

Guests can not only experience these short films in 4D, but also use the Disney & Pixar Short Film Festival as a way to escape the summer heat and enjoy the magic of animated films.

A look at the many changes during...

Bruce Campbell and his undead friends to...