Oriental Land Company has announced that a new stage show, called “Song of Mirage,” will open in summer 2019 at the Hangar Stage in Lost River Delta at Tokyo DisneySea. 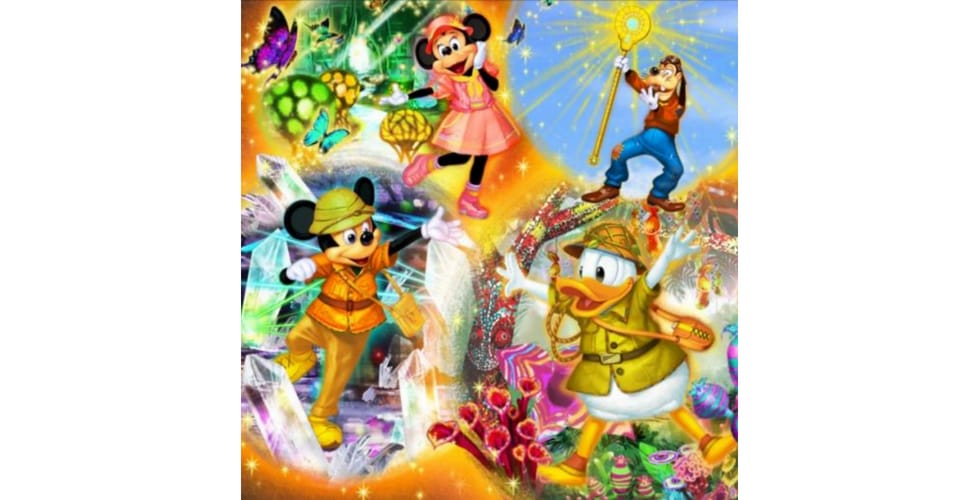 Created for the Hangar Stage, this show will feature an original story, along with singing, dancing, projection mapping, and everyone’s favorite Disney characters.

In the new show, Mickey Mouse and friends will go on an adventure to seek out the Rio Dorado and its city of gold. The show starts in an old air hangar in Lost River Delta where Goofy, a pilot, is taking a break. Mickey, Minnie and Donald Duck then show up, with Donald carrying a mysterious staff that leads them on a magical adventure.

Mickey and the gang learn that to get to the city of Rio Dorado, they must believe that dreams do come true. As the staff points the way, they discover worlds like a paradise of plants, a crystal cavern, and ancient ruins.

As the power of their wishes grows, a fanfare is heard as the beautiful land of Rio Dorado appears before their eyes. In awe of the mystical place, the group joins in a celebration.

This show will run for about 30 minutes and is set to open in summer 2019. As a result of this new show opening, the current show “Out of Shadowland” will close on March 31, 2019.

To learn more about other Tokyo DisneySea offerings, visit TokyoDisneyResort.jp/en.

Good article, Britani. Will there be a Youtube video of the show? Reading about it made me want to see it.

What if The Muppets actually inhabited the...

Rivers of Light and nighttime attractions at...