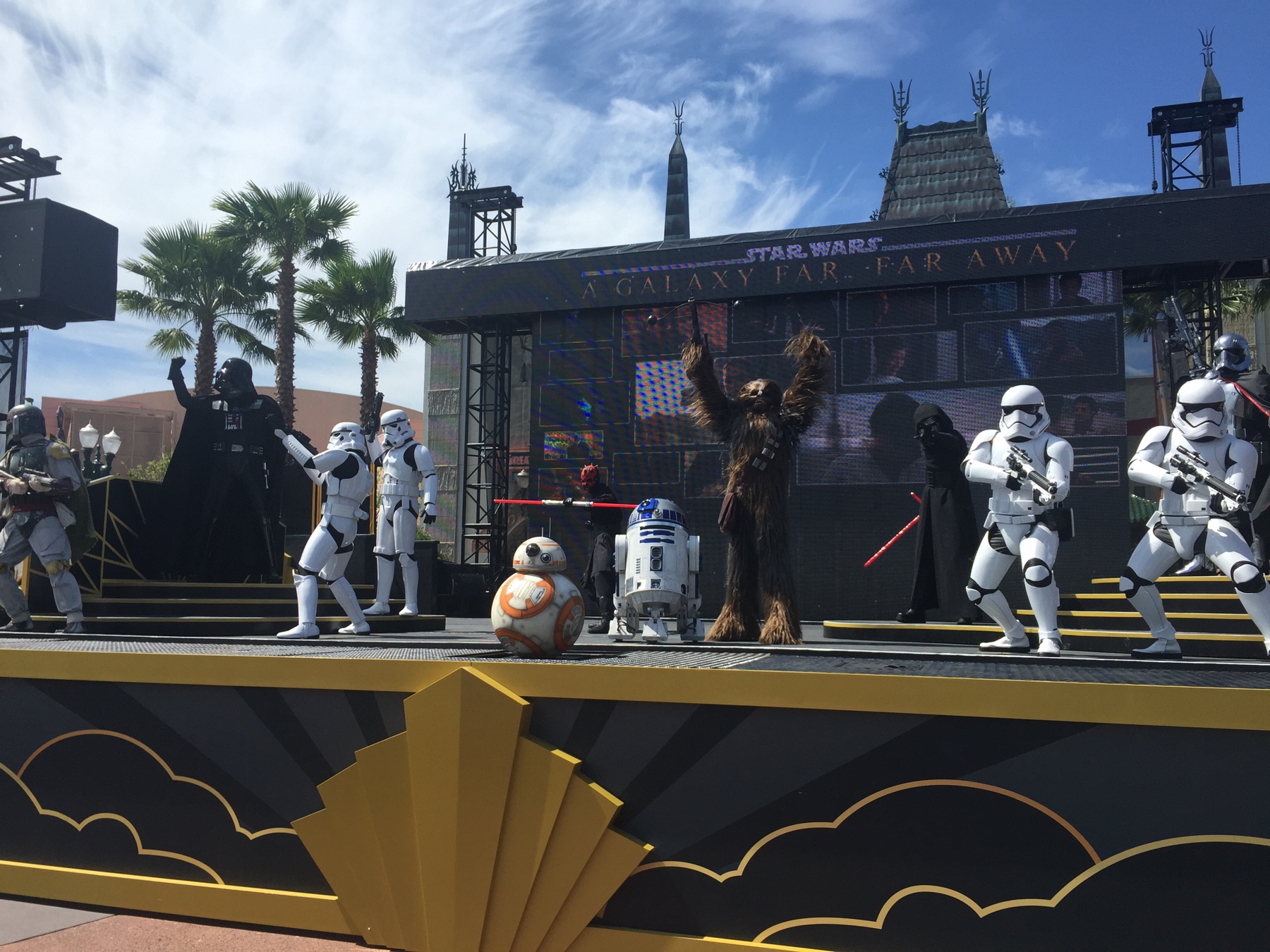 These new Star Wars character showcases were first announced by Disney back in February. First up is Star Wars: A Galaxy Far Far Away, which takes place several times each day on the central stage in front of The Great Movie Ride. This modest stage production combines video clips from all seven Star Wars films, presented on giant screens (the center one rises out of the stage), with appearances from several favorite saga characters — including the first in-park role for a life-sized BB-8!

Here is our video of the first “soft opening” performance of the new Star Wars: A Galaxy Far, Far Away showcase:

In addition, Disney also debuted the First Order Stormtrooper March, which features the chrome-clad Captain Phasma leading an armored platoon from Star Wars Launch Bay to the Center Stage. This procession should take place every hour on the hour, except when the Galaxy Far, Far Away showcase is scheduled. 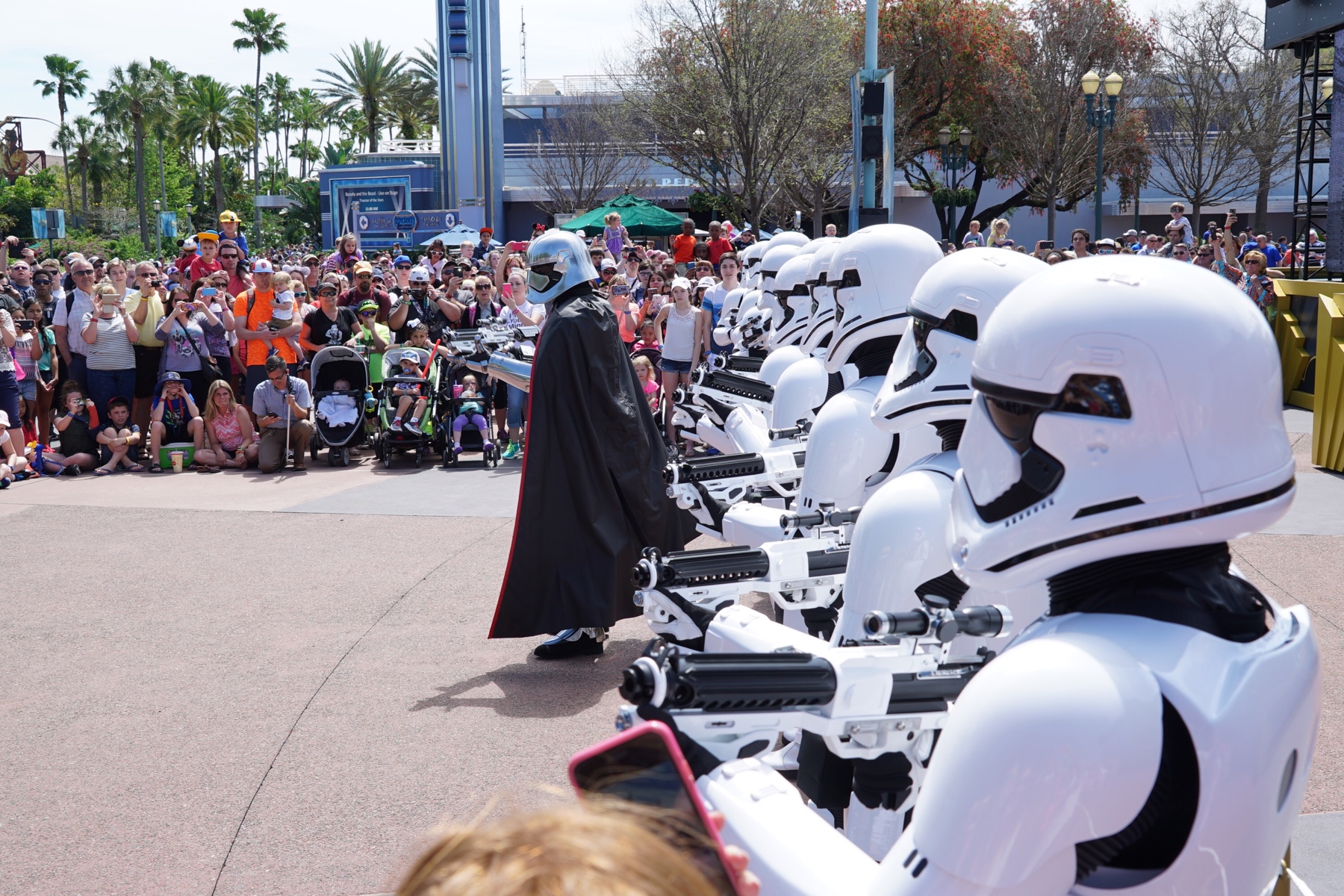 More Star Wars excitement is on its way to Hollywood Studios, with a brand new fireworks spectacular starting early this summer, and an entire Star Wars land under construction.

Wow. That’s the best show they could come up with after owning Lucasfilm for 4 years?