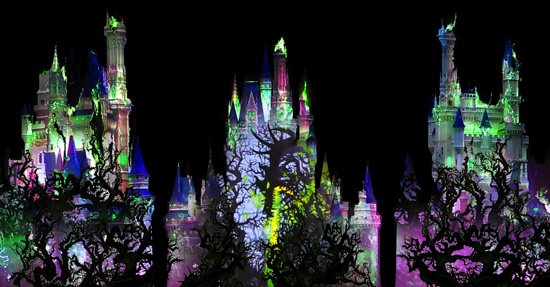 Walt Disney World has debuted a new segment for their Celebrate The Magic projection show featuring Disney villains, just in time for the Halloween season.

This new segment of “Celebrate the Magic” places the Disney villains center stage. From the sea witch Ursula, lording over the poor unfortunate souls trapped in her underwater lair, to the demon Chernabog from Walt Disney’s “Fantasia,” spreading his wings across the face of Cinderella Castle, it promises to be a particularly dark and foreboding chapter.

The villains segment only runs with the show until Nov. 1, 2013.

A look at Disneyland’s Half Marathon Weekend 2013

WDW should keep the villains from now on. They added drama to the presentation.

Hall of Presidents to reopen with President...

Disney+ celebrates the spooky season with the...