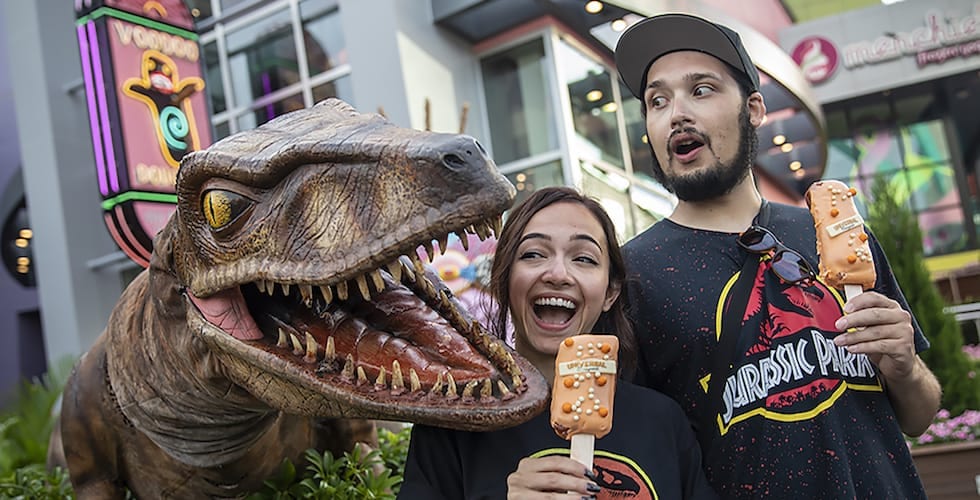 Inspired by the summertime ice cream flavor, the new doughnut is exclusive to Universal Orlando, and is now available daily.

A raptor from Jurassic Park, a resident of Universal’s Islands of Adventure, was an unexpected party-crasher during the celebration. The predator was the first in line for the new doughnut, and some brave guests even attempted to feed one to the cold-blooded creature.

Check out the video from National Doughnut Day at Voodoo Doughnut below:

Life After Disney, Part 3: Caricatoons and...