New ‘Wizarding World’ movies announced – What will this mean for Universal Orlando? 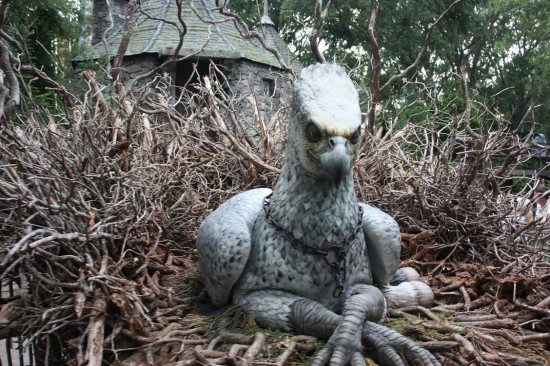 Warner Bros. Entertainment announced today that best-selling author J.K. Rowling would be making her screenwriting debut on a new series of films inspired by Harry Potter’s Hogwarts textbook “Fantastic Beasts and Where to Find Them” and the adventures of the book’s fictitious author, Newt Scamander.

This will be an original story and will mark Rowling’s screenwriting debut. It is planned as the first picture in a new film series. Set in the wizarding world, the story will feature magical creatures and characters, some of which will be familiar to devoted Harry Potter fans.

“It all started when Warner Bros. came to me with the suggestion of turning ‘Fantastic Beasts and Where to Find Them’ into a film,” said Rowling. “I thought it was a fun idea, but the idea of seeing Newt Scamander, the supposed author of ‘Fantastic Beasts,’ realized by another writer was difficult. Having lived for so long in my fictional universe, I feel very protective of it and I already knew a lot about Newt. As hard-core Harry Potter fans will know, I liked him so much that I even married his grandson, Rolf, to one of my favorite characters from the Harry Potter series, Luna Lovegood.

“As I considered Warners’ proposal, an idea took shape that I couldn’t dislodge. That is how I ended up pitching my own idea for a film to Warner Bros. I always said that I would only revisit the wizarding world if I had an idea that I was really excited about and this is it.

“Although it will be set in the worldwide community of witches and wizards where I was so happy for 17 years, ‘Fantastic Beasts and Where to Find Them’ is neither a prequel nor a sequel to the Harry Potter series, but an extension of the wizarding world. The laws and customs of the hidden magical society will be familiar to anyone who has read the Harry Potter books or seen the films, but Newt’s story will start in New York, 70 years before Harry’s gets underway.”

So what does this mean for The Wizarding World of Harry Potter at Universal Orlando? There are already rumors of a third expansion after Diagon Alley opens next year, and with these films coming soon, it’s not unreasonable to think Universal Creative may just pull some ideas/scenarios from these new stories to further expand The Wizarding World of Harry Potter in the theme parks.

At the very least, these new movies will keep Universal’s Wizarding World relevant for a new generation of fans. Many of the creatures featured in the “Fantastic Beasts” book can be found in the theme park today, such as the Hippogriff, which is featured in a ride and the dragons of Dragon Challenge roller coaster.

New food trucks to debut at Downtown Disney this fall

That is great news. Even without these new movies the Harry Potter books and (in a lesser sense) the movies are and will be (modern) classics. Eventually the movies will become a bit old (maybe) but the books will always be read from parents to their children and so on. But the news of extending the universe is just amazing. I can’t wait what Universal is doing with Potter in phase 2 but a phase 3? Can you tell me a bit about what is going around the grapevine about that Banks?

The Secret Life of Pets: Off the...