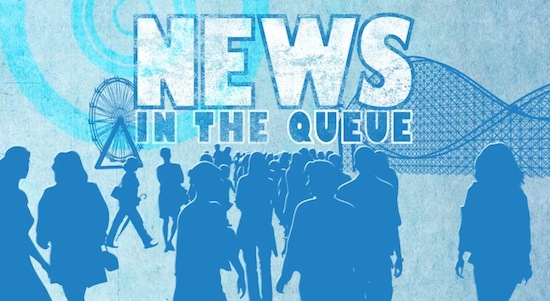 April 3, 2012 – Welcome to the first stand-alone version of News in the Queue by Kevin Yee. This is a continuation of Kevin’s Photo Finds combined with the news of the week.

This week we bring you up-close photos of new Avengers advertisement now wrapped around Monorail Red, as well as smaller updates from around the ever-changing realms in Walt Disney World, including new signs and tributes at Sunshine Tree Terrace, an announcement about a new meet and greet for Brave’s Merida, new rules for Sorcerers of the Magic Kingdom, more construction walls around the former Fantasyland skyway, and the addition of a ‘scavenger hunt’ of topiaries at Epcot.

We’ll also catch you up on the upcoming Universal lagoon show, Legoland Florida’s new tour and a new experience in Florida called EcoSafari.

Thanks for the report Kevin!!