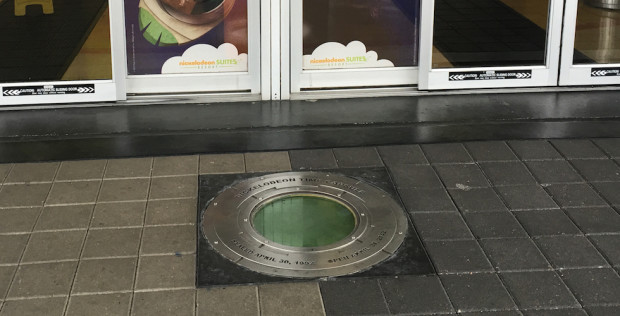 Fifty years is a long time to stay in one place, even for a time capsule. The Nickelodeon Time Capsule, which has been in Orlando since it was buried in 1992, will soon be moved to California. 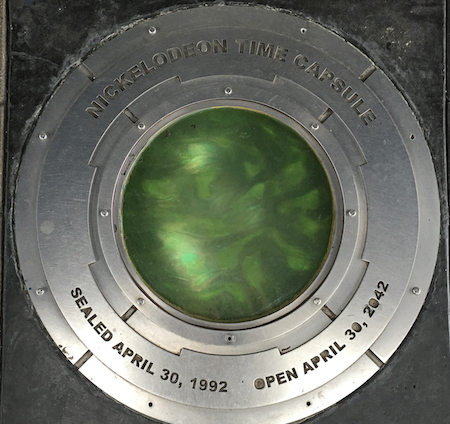 The time capsule was first buried at Universal Studios Florida in 1992, then, after Nickelodeon officially closed their studios inside the theme park, it was moved to Nickelodeon Suites Resort in Orlando. Now that it’s been announced that Nick Hotel will be converting to Holiday Inn Resort Orlando Suites – Waterpark on April 18, Nickelodeon fans have been wondering what will become of the time capsule.

UPDATE: The Nick Hotel branding will stay at the hotel until May 31, 2016.

Sometime before April 18, the time capsule will be moved to a five-story glass structure which will house the new Nickelodeon Studios. The building is currently under-construction on the corner of Olive and Lake Street in Burbank, Calif. and is expected to open later this year. Nickelodeon has said they plan to offer tours of the new studios, so depending on exactly where the time capsule is placed, guests may still be able to see it.

It seems this will be the last home for the time capsule, which is to be opened on April 30, 2042, but only time will tell.

Here’s a look at the capsule being closed and buried during a ceremony broadcasted on Nickelodeon from Universal Studios Florida in 1992 (Doc Brown should have told them):

Here’s our last look at the time capsule and our tribute to Nick Hotel during the Feb. 25, 2016 episode of “Orlando Attractions Magazine – The Show”:

Do you have an exact date of when they are moving the capsule?

Well it is now April 11th 2016 and we are a week away from the closure of the resort. Do you know when or if the time capsule has been move to its hopefully permanent home?

They have extended the Nick branding at the hotel until May 31. We haven’t heard any more about when the Time Capsule will leave.

I hope it still exists. I will be one to be looking forward to the reveal. I used to watch all of the shows and was born in 1990. The capsule is exciting.

I worked engineering at the resort and needed to service the capsule enclosure once or twice. The capsule was indeed there under the cover. We went to great lengths to ensure it was water/air tight and free of moisture.

It is still at their California studios as far as we know.

It’s now 2022, 30 years since the time capsule was buried. Wonder how the twinkie is doing that’s inside?