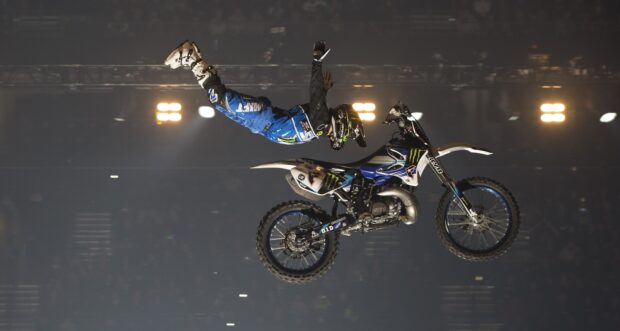 The tour features a storyline conveyed through more than 1,000 gravity-defying freestyle tricks performed by top freestyle athletes. The show is complete with stunning laser effects, the largest indoor pyrotechnics show and a soundtrack comprised of heavy metal, electronic dubstep and alternative hip hop.

Adding to the action, the show features the Shaolin Kung Fu Warriors martial arts performances. These warriors will use their own bodies to bend metal rods, break objects in precise strikes and be lifted in the air on the points of handheld spears.

For a preview of the show and cast interviews, watch the Feb. 20, 2014 episode of Orlando Attractions Magazine – The Show.

Photo Finds: It’s the time of the year for theme park construction and refurbishments: Feb. 17, 2014

ESPN The Weekend to be held at...