Out of the Loop: runDisney adds Avengers Half Marathon to California race lineup 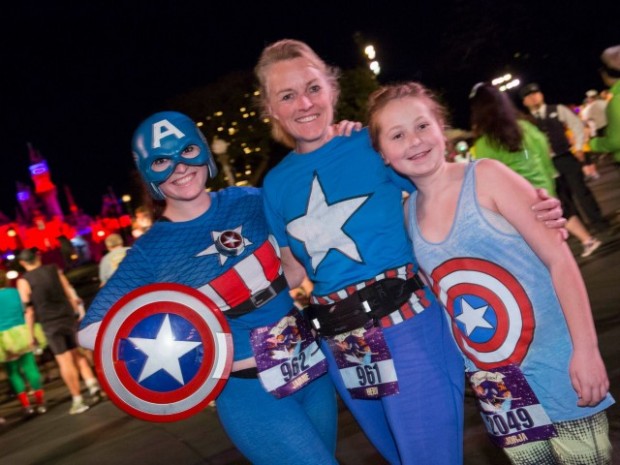 Anaheim, Calif. – What is the third highest grossing film of all time behind Avatar and Titanic, earning $1.5 billion worldwide? That is easy – “The Avengers”. It was in 2009 that Disney announced its acquisition of Marvel. The popularity of all things Marvel has only grown in that time. Disney has slowly been adding more and more Marvel into its entertainment properties. A Thor exhibit was added to Disneyland last year. Captain America is coming this year. Additionally, last year, a Marvel-themed kids experience was added to the Disney Cruise Line’s Magic. Perhaps the biggest announcement last year was Hong Kong Disneyland’s Iron Man ride that will open in 2016.

There is another area of Disney that has grown exponentially in the past 21 years. RunDisney puts on races ranging from kid events to a full 26.2 mile marathon at Walt Disney World in Florida and Disneyland in California. These races always sellout to the tune of tens of thousands of runners, many costumed, for each event weekend with many of the events having entry fees around $200. The accompanying health expo is packed with the aforementioned tens of thousands of runners, each ready to spend money on runDisney gear and other expo exhibitors.

Of course, these runners stay at the resorts and eat at Disney restaurants and go to the parks. Races are, of course, Disney-themed: from the Mickey Mouse Marathon to the Donald Duck Half Marathon to the Expedition Everest Challenge to the Disneyland Half Marathon. For their effort, runners receive some of the most beautiful race medals in the industry.

Building on the momentum of runDisney and Marvel, runDisney announced the Avengers Super Hero Half Marathon weekend at Disneyland in California to be held Nov. 14 to 16, 2014. The weekend will also include kids’ races, 5k and a pasta party. The course will take runners through Disney California Adventure and Disneyland and past Paradise Pier Hotel and on to the Disneyland Hotel for the finish, although the official course has not been revealed. As with other Disney races, many character photo-ops will be available, in this case involving many super heroes, I’m sure.

As a 2013 Disney World Marathon alumnus, I can attest to the devotion these runners have to these events. The Facebook group Team runDisney, an unofficial group to which I belong, has nearly 4,000 members, many of which interact on a daily basis. As runDisney fans, we spend thousands of dollars on race weekend all the while plotting how to get back and run the next Disney race on the calendar.

This Avengers race will sell out in a flash so if anyone is at all interested in this inaugural race, I would start planning now. The first step would be registration that opens at noon on March 25, 2014.

Bust a myth during Mythbusters: The Explosive Exhibition at MOSI in Tampa

Celebrate Revenge of the 5th with these...