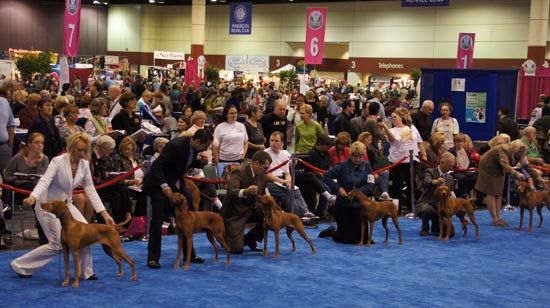 The Orange County Convention Center and area hotels were hosts this weekend to an invitational dog show. The AKC/Eukanuba National Championship was organized by the American Kennel Club. 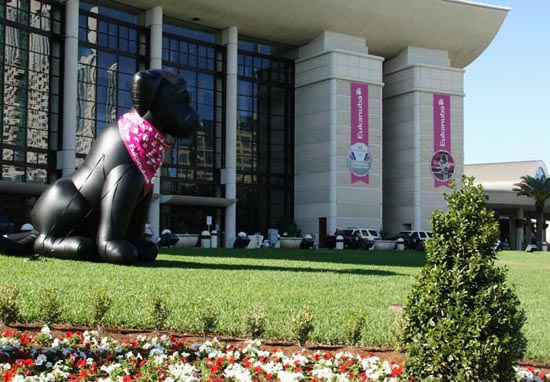 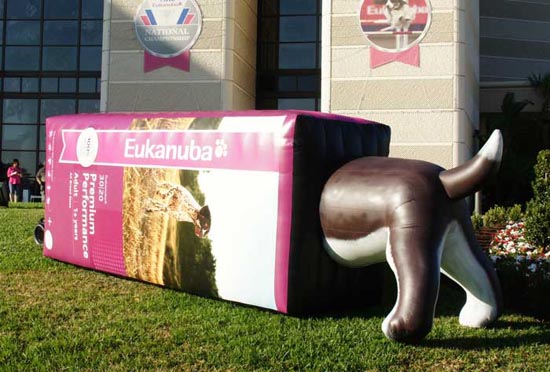 Eukunaba is a food brand, and the title sponsor of the show. 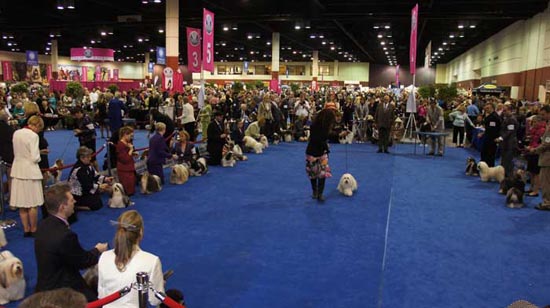 Many dog breeds were being judged at the same time in several arenas. 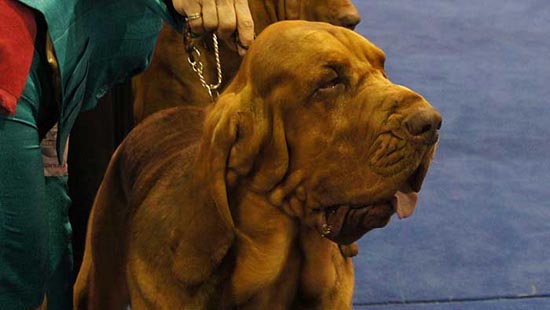 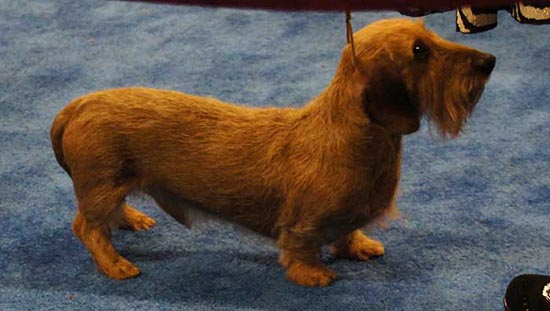 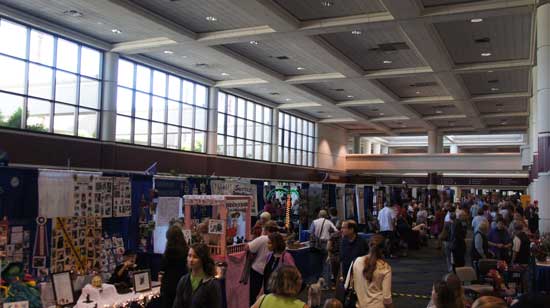 One of the lobbies had a “Meet the Breeds” showcase, where you could chat with dog lovers and learn more about their dogs. 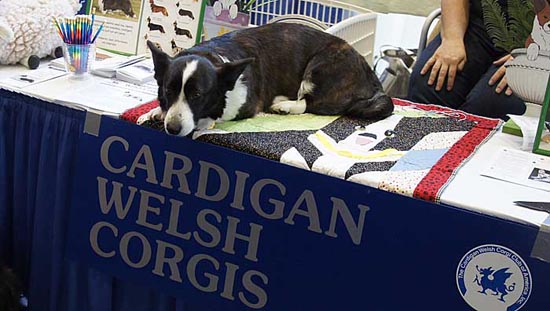 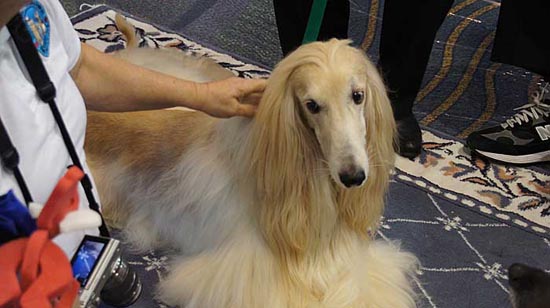 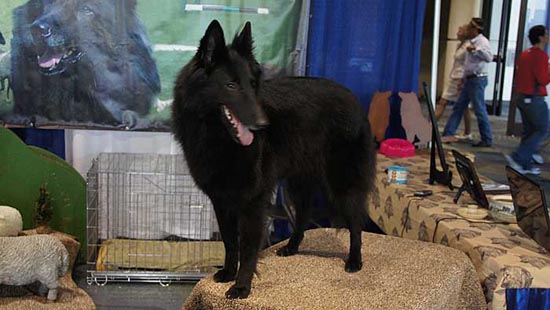 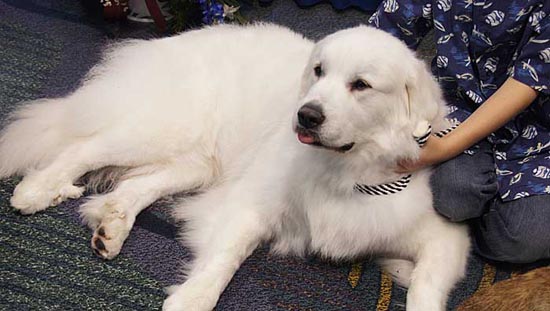 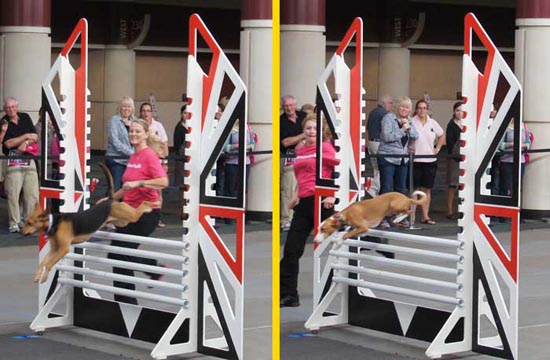 Another lobby had dogs jumping over high bars for entertainment.

The dog at right is overachieving! 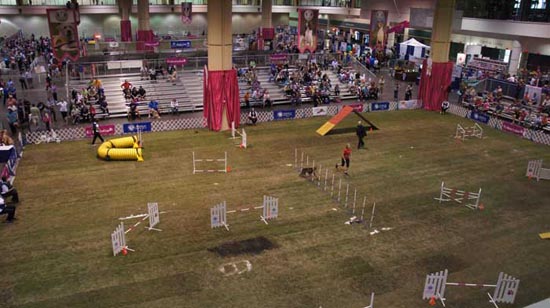 Another section of the convention center had agility competitions. Dogs had to accomplish a series of tasks, guided by their handlers. 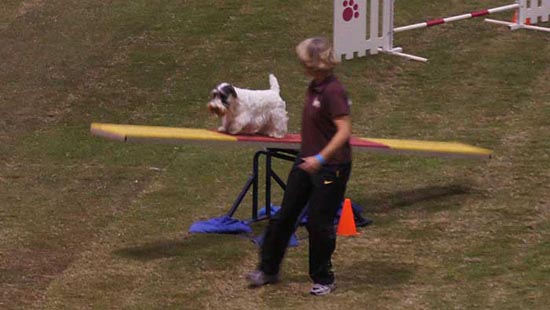 Smaller dogs took their time on the teeter-totter, but darted quickly through the other tasks. 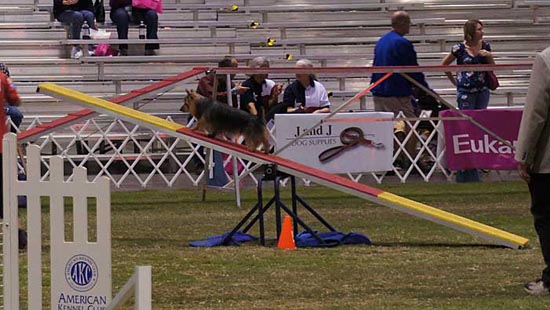 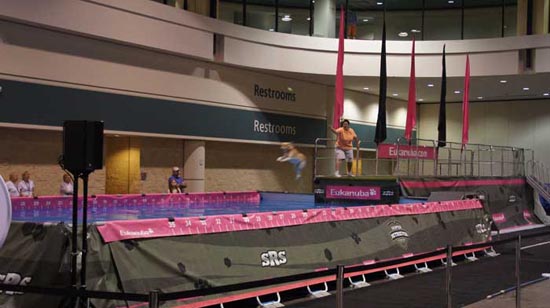 This same area also had a competition where dogs would taking a running leap in to a pool. 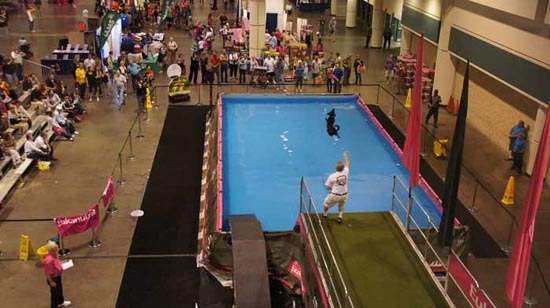 The dogs were flying 18 feet and more. Then paddling around happily in the water, often turning around and jumping back in from the exit ramp, not wanting to get out of the water just yet – like kids in a pool! 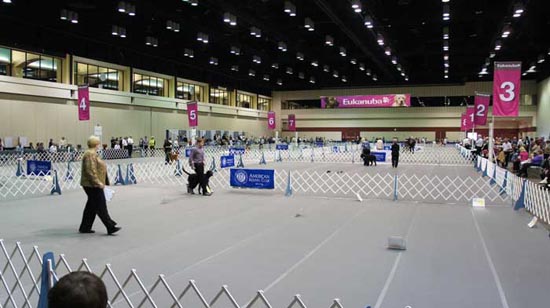 A third competition hall was very quiet. Here, the dogs competed in obedience, following instructions from their handlers.

Awards for the handlers. 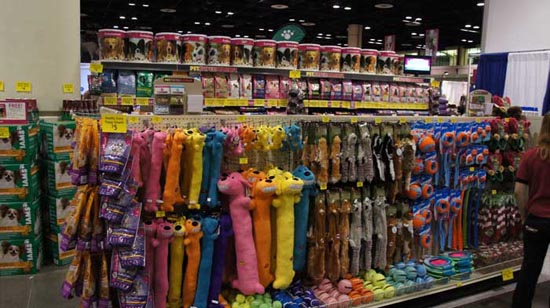 Rewards that could be purchased for the dogs. 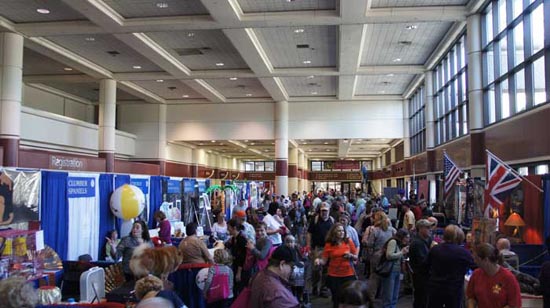 Some final humor … last August this same lobby was a waiting area. 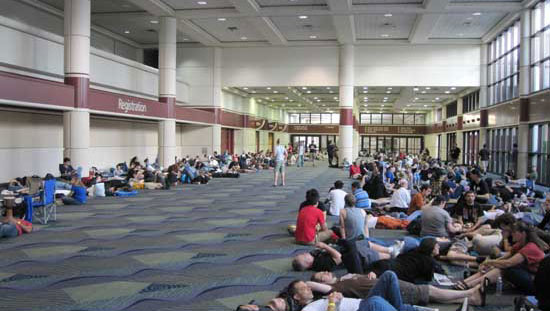 Fans seen here are waiting (for hours!) to see the interview with George Lucas at the August 2010 Star Wars Celebration V convention.

The AKC/Eukanuba National Championship will be held in Orlando annually through 2015.
(The Star Wars convention is returning next year.)