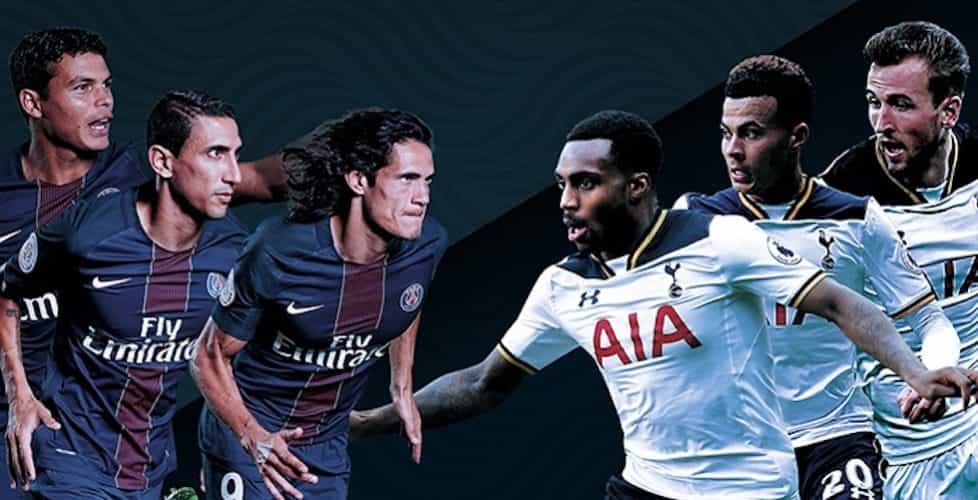 Orlando’s growing reputation as the Soccer Capital of the Southeast will be underscored this July when Camping World Stadium plays host to one of the high-profile games of the International Champions Cup for the first time.

It promises to be the summer highlight for soccer in the Sunshine State, and it will undoubtedly be a major social occasion as well as a great sporting event, as downtown Orlando now ensures that all games are party time, with plenty of family-friendly activities beforehand.

The I.C.C. is a major pre-season tournament for top European teams and is held throughout the USA each summer, bringing out some of the biggest names in world soccer as they prepare for their new seasons in August.

Camping World Stadium will see one of the English Premier League’s top teams, Tottenham Hotspur (or Spurs, to their fans) take on Paris Saint-Germain from France, as part of the series, and it should be an exciting match-up of two top contenders for honors in the 2017-18 season.

Spurs finished second in the English Premier League last time out, while Saint-Germain were also second in Ligue One in France, and enjoyed a good run in the European Champions League. Both will be expected to do well again next season as the main rivals to reigning champions Chelsea and Monaco respectively.

For Camping World Stadium, it represents the most significant soccer action at the 65,000-seat venue since three games of the Copa America Centenario were staged there last June, as Orlando has become a hotbed for the sport with the arrival in 2015 of Orlando City in Major League Soccer, as well as hosting games for both the men’s and women’s U.S. national teams.

The 2017 version of the I.C.C features eight of the very best European teams, each playing three games across the U.S., from Los Angeles to Miami and New Jersey to Santa Clara.

As well as Spurs and Saint-Germain, the competitors include Real Madrid and Barcelona from Spain; Roma and Juventus from Italy; and Manchester City and Manchester United from England, with the first game on July 19 and the final match on July 30.

The Paris team was the 2016 champion, winning all three of its games in emphatic style, hence they will be looking to hold on to their crown when they kick off their series of games in Orlando on July 22.

It should make for an exciting and open game on the wide playing field of Camping World Stadium, where neither team has ever played before. The game will kick off at 8 p.m. EDT, with tailgating beforehand and other fan-friendly events, including live music.

The game will attract a lot of European visitors, as it is peak vacation time for Britain and France, but expect to see plenty of purple jerseys as well, with local Orlando City fans sure to turn out in large numbers.

Tickets range from $28 to $93 and are available in advance from Ticketmaster. For more details on the game, visit campingworldstadium.com.