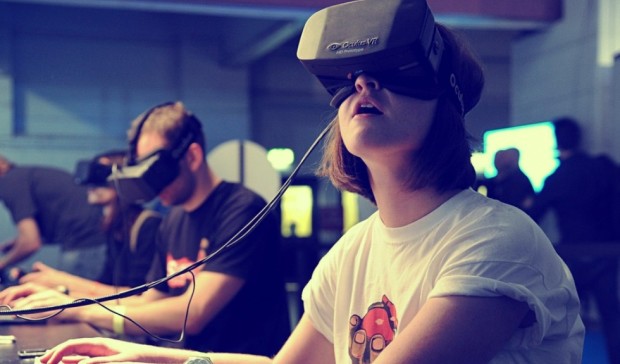 Orlando is among the largest technology clusters in the nation, and a five-day festival starting this Friday will celebrate that.

The Orlando Interactive Experience, or Orlando, is an international digital festival to be held at the Convention Center Oct. 2 to Oct. 6. It will spotlight Orlando’s burgeoning technology industry, namely entertainment technology, interactive media and digital arts. Featured events include the Gaming Experience presented by EA Sports, Startup Summit and Digital Expo, as well as a speaker series boasting some of the world’s foremost thought leaders in the world of technology. OrlandoiX is presented by Full Sail University.

“OrlandoiX will put Orlando on the map as a center for digital innovation and creativity, and support the continued expansion of our city’s fastest-growing industry,” said David Glass, executive producer and founder of OrlandoiX. “We created this public event to showcase cutting-edge digital technology from around the world, and to bring tech industry leaders to Orlando for a week of conferences and exhibitions.”

Keynote speakers include:
Michelle McKenna-Doyle, Senior Vice President and CIO at the National Football League
Kimberly Gnatt, Global Group Director, Digital Marketing at The Coca-Cola Company
Jim Stikeleather, Chief Innovation Officer at Dell
Matthew Knell, VP of Social Media & Community at About.com
Ted Murphy, Founder, Chairman and CEO at IZEA
Bob Allen, Chief Storytelling Officer at IDEAS.
These six individuals are among the world’s leading creative technologists and will divulge their discoveries, ideas and breakthroughs at the inaugural event. In all, more than 70 speakers have been announced with more to be added soon.

OrlandoiX starts with the Opening Night Party at Wall Street Plaza in downtown Orlando on Oct. 2 at 7 p.m. Tech enthusiasts and the community at-large are invited to celebrate the metro area’s ever-growing technology industry with food, drinks and activities. The following four days emanate from the Orange County Convention Center and feature dynamic keynotes, panels, exhibits and entertainment that highlight leading advancements in entertainment technology, interactive media and digital arts.

Gamers unite at the Gaming Experience on Oct. 3 and 4 for wall-to-wall action including tournaments; nearly 80 live demos by established studios like EA Sports as well as up-and-coming indie game developers; and talks on top trends and strategies in game development from mobile to console to augmented reality.

Tech entrepreneurs are sure not to miss the Startup Summit on Oct. 3 and 4 when the latest in digital entertainment advancements are showcased, pitched and demonstrated. Discover the successes of some of the brightest and most successful tech startups in the world. And witness as startups make their pitches to a panel of investors in hopes of securing venture capital.

The festival’s final two days culminate in the Digital Expo: a power-packed showcase of trend and growth strategy discussions, interactive workshops, and networking opportunities. High-level technologists from brands including the NFL, The Coca-Cola Company and Dell will present and offer their insights on this rapidly evolving industry. In addition, dozens of companies will showcase the latest advancements in interactive technology on the exhibit floor.

The marquee entertainment act is The Battle of the Geek Bands on Oct. 3 starting at 6 p.m. Bands comprised mostly of technology workers will rock the stage in hopes of being voted king of the geek bands.

Badges to attend OrlandoiX are on sale now. Prices are $35, $159, $199 and $389 for the Gaming Experience, Startup Summit, Digital Expo + Speakers and All-Access Pass, respectively. Learn more and purchase badges at OrlandoiX.com.

Drip to become an Underground Vampire Bar for Halloween

Celebrity and other fun photos from the...