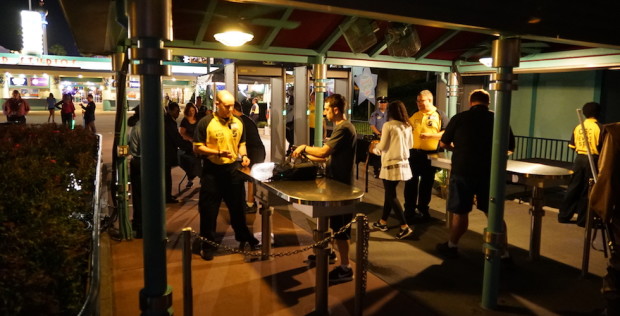 All of Orlando’s theme parks have increased security and added metal detectors to scan guests entering the parks. Disney has also updated their park rules for toy guns and costumes.

There’s no reason given for the increased security by all the parks at once, other than some saying it’s for the busy holiday season. But on Dec. 4, a man was allegedly caught trying to sneak a gun into Magic Kingdom.

In addition, Walt Disney World and Disneyland have stopped selling toy guns, including toy blasters and squirt guns, and have prohibited them from being brought into the parks. Disney released a statement saying, “This is being done to ensure a toy gun doesn’t cause distraction or confusion for our cast members and security personnel in the parks.” This new rule won’t affect attractions that use guns or blasters such as the Frontierland Shootin’ Arcade or the Buzz Lightyear rides. Here’s a link to all of Disney World’s updated park rules.

Disney has also banned anyone 14 years old and older from wearing costumes into the theme parks, including during special ticketed events such as Mickey’s Not So Scary Halloween Party. Disney stated, “This allows our security personnel to more effectively visually screen guests as they enter and while they are in the park.”

SeaWorld stated their increased security is for the busy holiday season. Universal said they are testing the metal detectors. Disney said their increased security also includes visible and non-visible security measures, including the additional presence of uniformed law enforcement officers on property and the use of specially trained “vapor wake” dogs in key areas. Vapor wake dogs are trained to detect body worn explosives on a moving target.

Busch Gardens Tampa said they are enhancing security measures for the holiday season, including increased security inside and outside the parks, but won’t specifically state if they are using metal detectors. Legoland Florida used to be different from the other Florida theme parks, in that they didn’t even have a bag check, but now they’ve also implemented metal detecting wands.