Out of the Loop: Animation building in California dedicated to Roy E. Disney 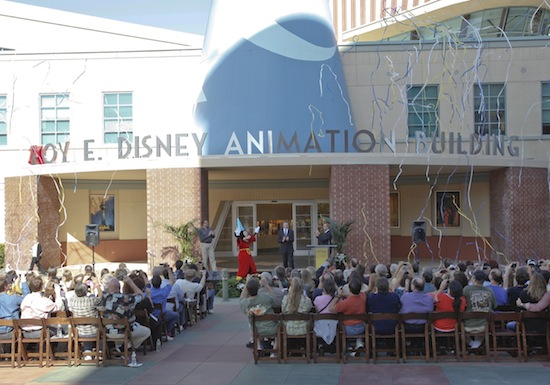 On Dec. 16, 2009, the Disney family lost a legend. Roy E. Disney was son of Roy O. Disney and nephew to Walt Disney. More than possessing a famous last name, Roy made some real contributions to the Disney Company. 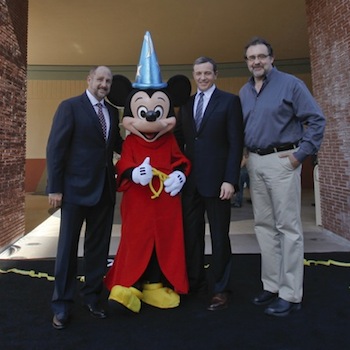 He has been described as the “conscience of the company”. He had a clear vision for the Disney Company. Respecting the past is the key to mapping the future. He was quoted once, “The thing that distinguishes us from everybody else, and always has and always will, is our past. The goal is to look over our shoulder and see Snow White and Pinocchio and Dumbo standing there, saying, ‘Be this good.’ We shouldn’t be intimidated by them; they’re an arrow pointing someplace.”

In the world of film and entertainment, he had plenty of accomplishments as well. He worked on true-life adventure films The Living Desert and The Vanishing Prairie, both of which won academy awards. He wrote for the television series Walt Disney’s World of Color and Zorro.

He eventually became the company’s vice chairman and head of animation. During his tenure classics such as The Little Mermaid, Beauty and the Beast, and The Lion King were produced. Perhaps one of his biggest undertakings was the production Fantasia 2000.

As a lasting tribute to Roy, the animation building at The Walt Disney Studios in Burbank, Calif. was rededicated as the Roy E. Disney Animation Building. Hundreds of D23 members were present for the celebration. VIPs Roy Patrick Disney, executives Bob Iger and Don Hahn, and, of course, Mickey Mouse were on hand for the dedication.

Photo Update: What's new and different at Hollywood Studios – May 2010