Out of the Loop: Cedar Fair goes Coasting for Kids 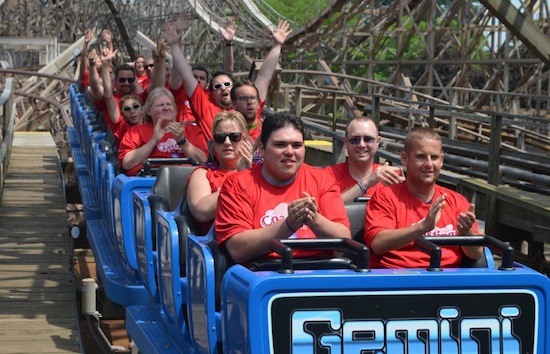 On June 9, throughout most Cedar Fair parks, a wonderful thing happened. Coaster enthusiasts rode coasters for hours on end. While that is actually quite a regular occurrence during summer months, this particular day, it was for a purpose. The 5th Annual Coasting for Kids event raised over $150,000 for the Give Kids the World Village in Kissimmee. Since 2009, the annual event has raised a total of over $350,000, helping to fulfill the Give Kids the World mission of “providing magical memories to kids battling life-threatening illnesses and their families”. 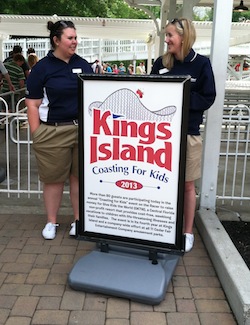 For the second year in a row, participant Jason Stull of Maryland, raised the most money – over $8,000 this year. The coaster club with the highest total was Theme Park Review with over $50,000 raised this year! Each participant paid a $25 registration fee and fundraised an additional $75, all of which was donated to Give Kids the World. Participants received park admission, lunch, event t-shirt and countless rides on numerous coasters. Many events began before the parks opened to the public. When the parks opened to the public, participants had exclusive access to specific coaster(s). Participants rode marathon style, over and over.

Surely, a fun time was had by all (if not some vertigo), but the real winners of course are the kids who will get a magical time with their families in our favorite places in Central Florida. 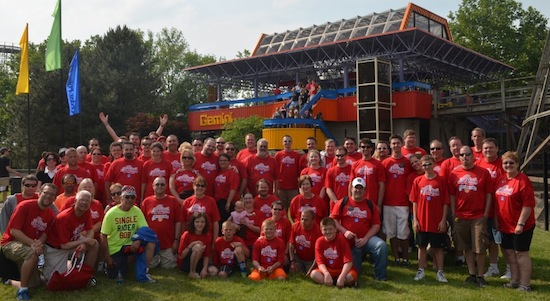 Join us as theme park bloggers face off and ‘Have Fun’ at Blogger Bowl 2013, benefiting Give Kids The World

Movie Review: ‘R.I.P.D.’ is a fun summer action comedy for teens and adults

Hey! I would love any information and how to get started for the 2014 Coasting for kids. Thanks so much.