Out of the Loop: Disney Christmas in Paris and Hong Kong 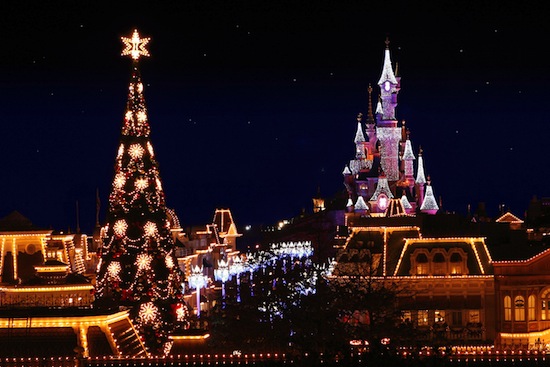 There is perhaps no place more magical during the holidays than a Disney park. That is true stateside and internationally. Let’s take a peak a two international holiday celebrations Disney style. 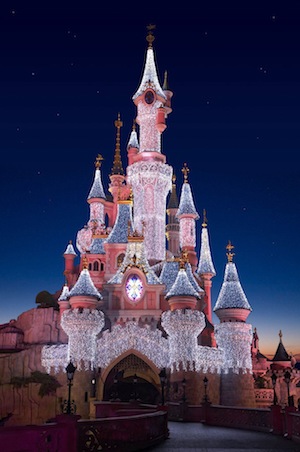 Paris, France – “A Fairytale Christmas Celebration” at Disneyland Paris commenced on Nov. 8 and will continue into the New Year wrapping up on Jan. 6, 2010. As in its American counterparts, Main Street USA is decked out in holiday style complete with artificial snow to complete the mood. Town Square is adorned with a 79-foot Christmas tree that has a nightly lighting ceremony led by Mickey and Minnie Mouse. Santa Goofy will also make appearances this year in Town Square.

The real Santa gets in on the act in Paris too. Guests can meet the big guy in his village in the heart of Disneyland. Children can drop off letters to Santa’s post office. They will get a return letter a few weeks after their visit. Santa takes his place as the guest of honor in the Once Upon a Dream Parade.

Disney has perfected the art of the crystal castle and Disneyland Paris’ Sleeping Beauty Castle is no exception. More than 400,000 twinkling lights give the appearance of sparkling ice. It’s a Small World changes into It’s a Small World Celebration where the traditional Small World scenes are altered to depict Christmas around the world. The Christmas soundtrack is a beautiful arrangement that integrates the familiar Small World music with Christmas tunes.

Be Beauty and the Beast’s guest at Belle’s Christmas Village in Fantasyland. Guests can meet the pair as they stroll through this authentic medieval village. On select evenings, special character dinners take place. A Christmas buffet along with your favorite Disney characters is truly a feast with friends. 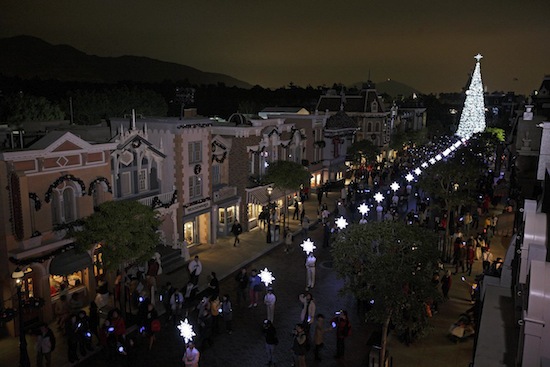 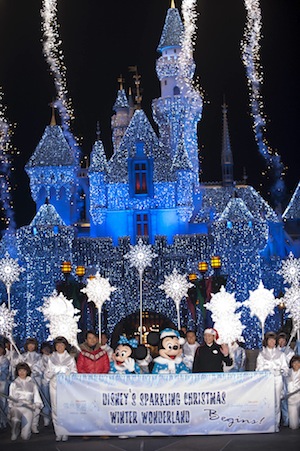 Hong Kong, China – Hong Kong Disneyland’s holiday celebration is named “A Sparkling Christmas – A Winter Wonderland”. The festivities started Nov. 18 and will continue until Jan. 3, 2010. It’s a Small World receives a holiday overlay in Hong Kong too. This version is named It’s a Small World Christmas. The scenes receive a similar makeover as Paris which incidentally is the similar to Anaheim, California. Small World Christmas includes a visit to Santa at the North Pole and 38 Disney characters each celebrating Christmas in its own way.

Main Street gets the snowy treatment in Asia too and a 60-foot tree sits in Town Square. The “Let it Snow” parade features all your Disney favorites dressed in grand holiday costumes. The fireworks show, dubbed “A Sparkling Christmas”, is enhanced by a “Hologram Viewer”. The viewer allows guests to see special patterns in the holiday lighting including Sleeping Beauty Castle and the fireworks.

The fun doesn’t stop at a Christmas celebration; at the two Disney Resort hotels, there are non-stop New Year’s Eve celebrations complete with live bands and DJs. The fun is not being limited to those who can afford it. Two-thousand tickets will be donated to charity via the Disney Children’s Fund Christmas Charity Program. Additionally, every ticket to the event sold at the Harbour City ticket booth will be matched by a corresponding ticket donated to charity between Nov. 18 and Dec. 6.

What would you ask The Grinch? The mean one will answer your questions today on Facebook

Captain EO confirmed to return to Disneyland in California

David S. Pumpkins is a thing at...