Out of the Loop: Gaylord National Harbor hotel near Washington D.C. 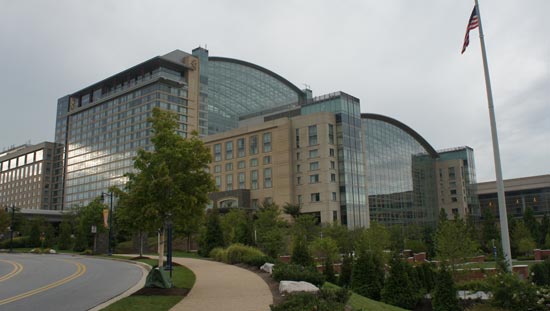 The Gaylord Palms Resort is one of Central Florida’s largest convention hotels. Here’s a look at one of the other three Gaylord hotels, the Gaylord National.

The National resort, seen above, is located on 300 acres just south of Washington D.C. on the Potomac river shore. 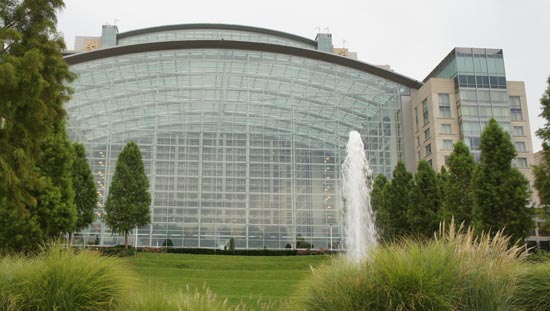 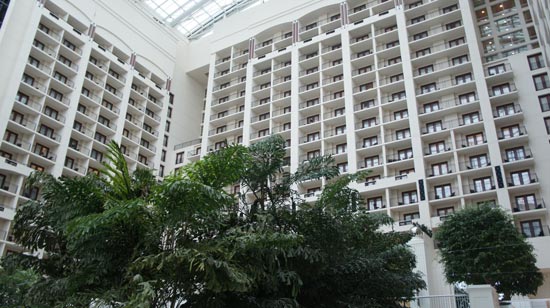 All of these room balconies and more are within the enormous National atrium.

The National resort has 2,000 rooms and 110 additional suites. This is larger than the Palms, which has 1,406 rooms including 106 suites. 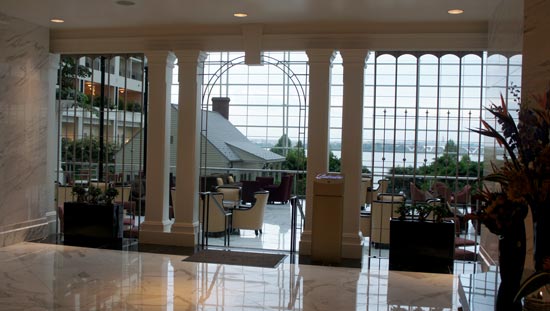 The National hotel lobby has this view of the atrium. 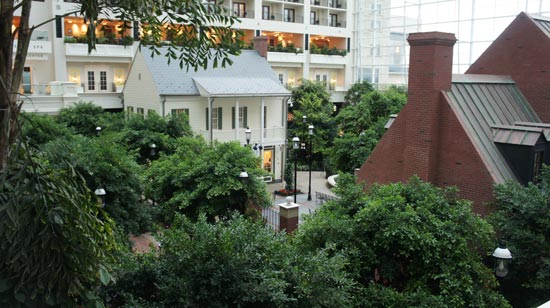 A look out from the lobby level. 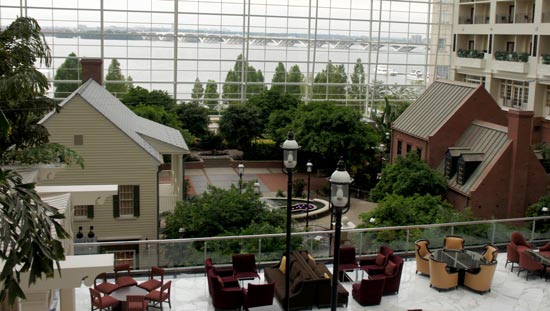 The view down from the ballroom level. 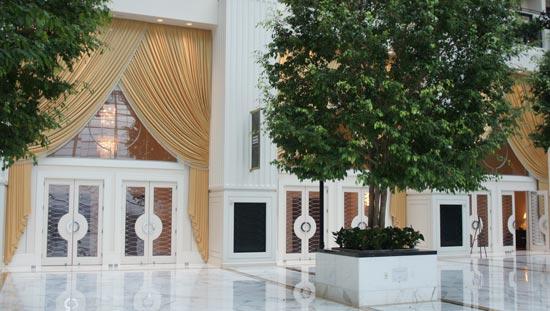 Entrance to the main ballroom, and door detail, below. 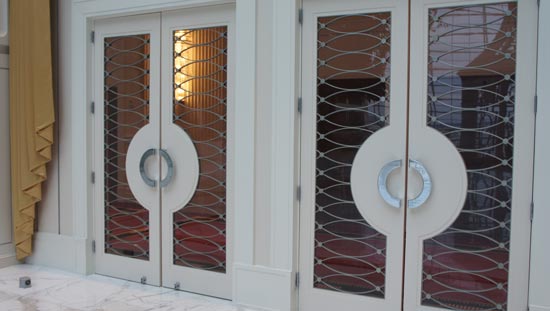 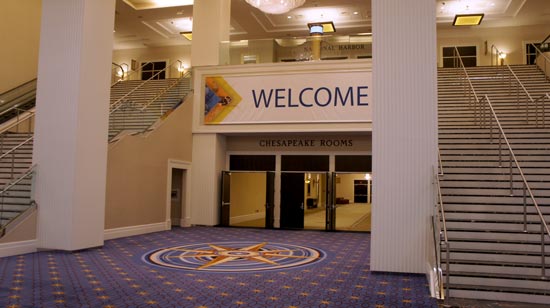 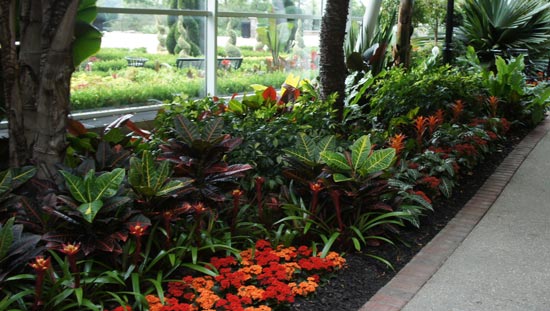 Another signature of the Gaylord resorts is the lavish landscaping. 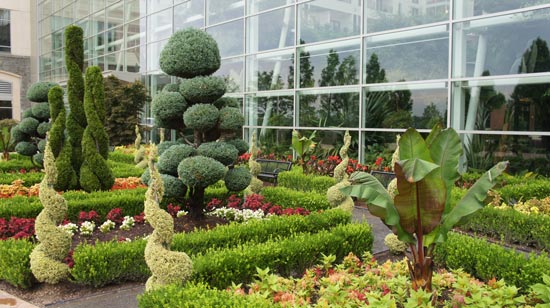 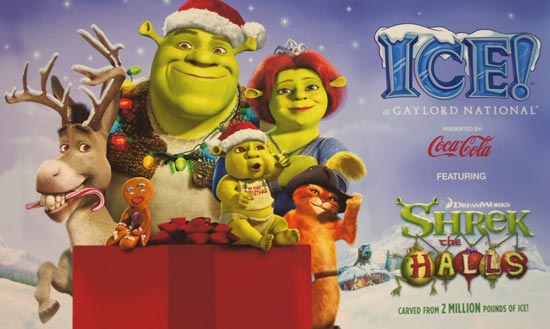 Another feature shared by the Gaylord resorts is the annual Ice! event. National’s theme this year will be the one the Palms had last year, Shrek The Halls. (The Palms will be Merry Madagascar.) Ice! is located in a large outdoor tent at the National Harbor. At the Gaylord Palms, Ice! is hosted in a heavily-air conditioned section of the convention center. 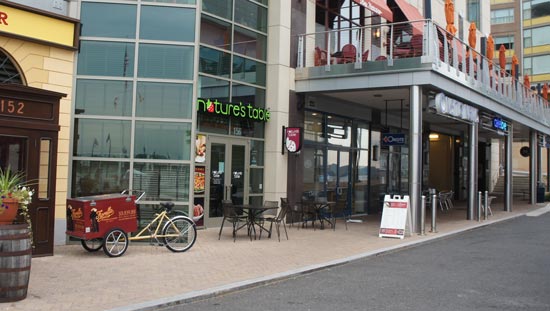 The National Harbor development itself hosts several other hotels, condominiums, shopping and a variety of restaurants.

One of the restaurants at the National Harbor is Nature’s Table, seen here. It’s one of a several restaurant chains headquartered in Central Florida. 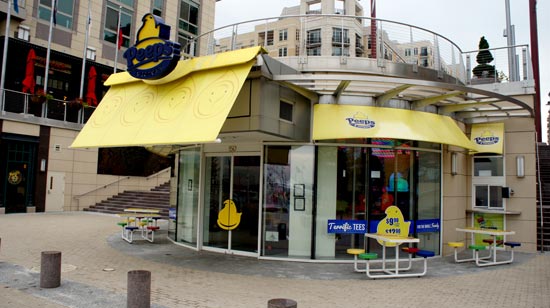 The retail district also has a marshmallow Peeps store! 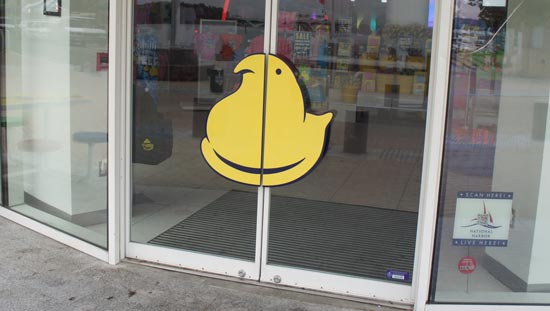 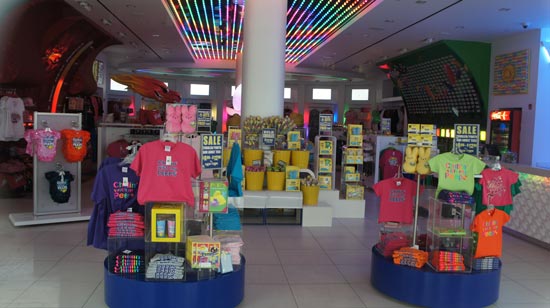 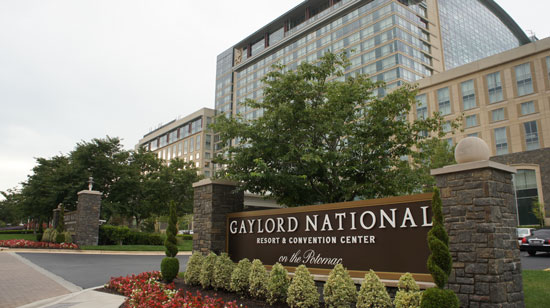 The Gaylord National is 15 minutes away from the Reagan National Airport by shuttle. Shuttle service is also available to the old Post Office Pavilion in Downtown Washington, and to Union Station, for $20 round trip.

Important tips to beat the heat in...