Out of the Loop: Good riddance to winter! Time for the theme parks to open

We’ve had a few beautiful spring days in Southern Ohio. The temperature has been close to 80 degrees. I cautiously embrace the coming summer and the coming theme park season. 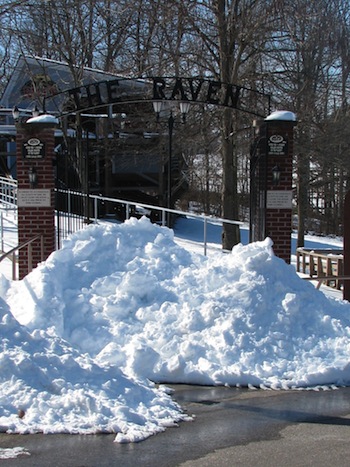 I say cautiously because, over the past week, I have awoken to frost and temperatures in the low 30s a few times. And it was just a few weeks ago I woke up to a dusting of snow! If fact, we recently celebrated a make-up neighborhood Easter Egg Hunt that was cancelled by rain and cold just two Sundays ago. Mercifully, I hope, what are officially referred to as “calamity days” are behind us. These are school days cancelled by some sort of heinous act of Mother Nature: snowstorm, ice storm, even a windstorm back in 2008. With these days tentatively behind us, I await the sounds of coasters, the smell of cotton candy and the warmth of a summer day. 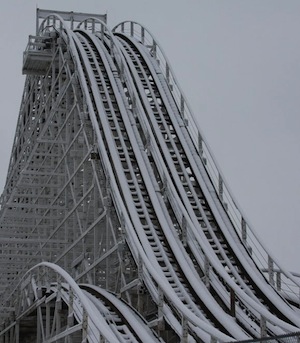 Now most of these parks, even after the stated open date, are open limited schedules and limited hours. Call or check the park’s Web site before arriving.

What happens at parks over the winter? Some sites are busy with new construction of that next great attraction or other area improvements. Unfortunately, some parks closed last season never to reopen, i.e. Six Flags Kentucky Kingdom and Freestyle Music Park in Myrtle Beach, S.C.

Some parks, like people, lay in waiting all winter. Here is a glimpse of a few parks, no doubt dreaming of a hot, humid summer day. 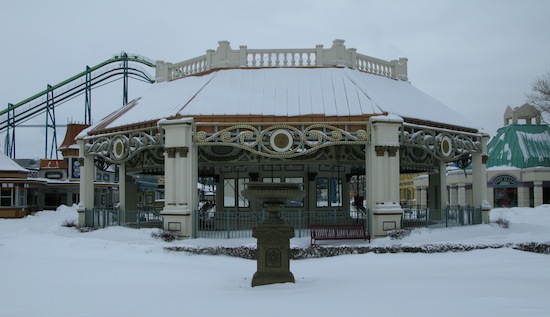 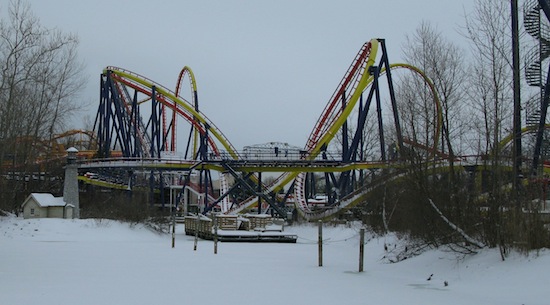 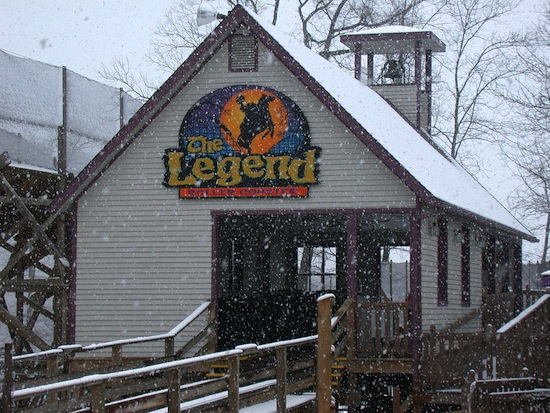 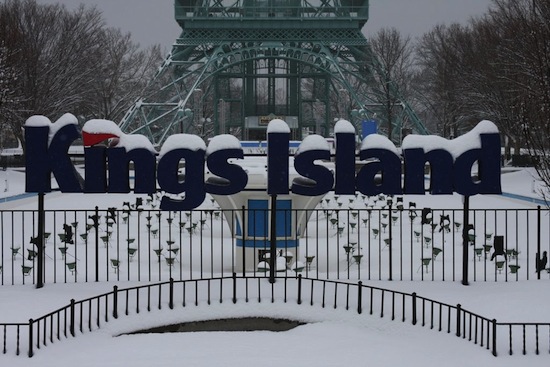 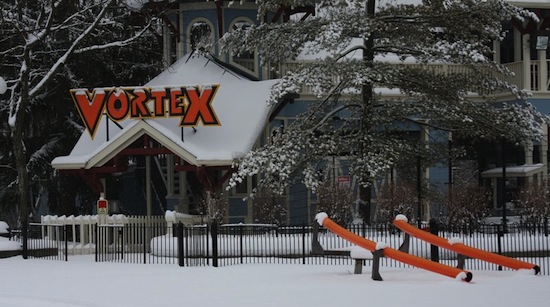 You can own a piece of The Racer...

FYI – for anyone curious, the parks pictured are Cedar Point, Holiday World, and Kings Island.

I think it is funny that on this past Sunday’s episode of Extreme Makeover: Home Edition they showed a banner for Freestyle Music Park since the park looks like it will never reopen.