Out of the Loop: New dolphin show for San Diego; Peanuts replace Nick at Cedar Fair 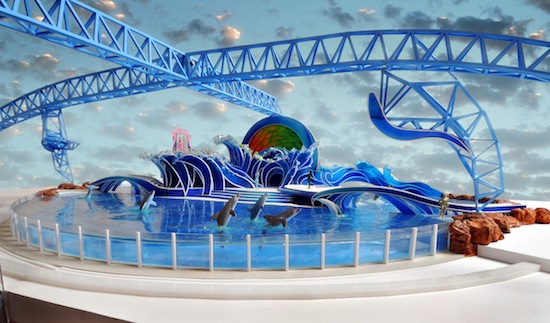 At Sea World San Diego, there are not many shows that have had as long a run as Dolphin Discovery’s 13 years. That run comes to an end this weekend when the final show will be preformed. After that, Dolphin Discovery will transform into Blue Horizons. Visitors to SeaWorld Orlando have already had the opportunity to see Blue Horizons since 2005. The show will feature the energetic bottle-nose dolphin, pilot whales, exotic birds and acrobatic performers of the human variety.

Construction on the new set, designed by Broadway set designer Stanley Meyer, will begin soon. Meyer designed the set for the Beauty and the Beast musical. A special interim dolphin show will be presented in Shamu Stadium beginning in November. Visitors to SeaWorld San Diego can experience the new show beginning in May 2010. 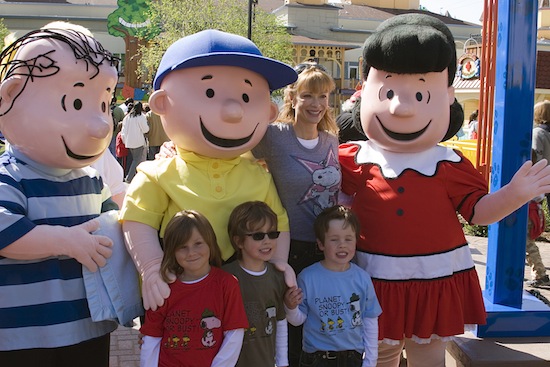 Just a few weeks ago, I reported that Nickelodeon is partnering with The City of New Orleans and Southern Star Amusement to open its first stand-alone outdoor Nickelodeon theme park at the site of the old Six Flags New Orleans. While Nick will grow in this regard, they will be ending their licensing agreement with five Cedar Fair parks. This includes Kings Island near Cincinnati that has been voted the “Best Kid’s Area” by Amusement Today with their Nickelodeon Universe from 2001-08. The other parks include: Canada’s Wonderland near Toronto, Kings Dominion in Virginia, Carowinds in North Carolina, and California’s Great America.

Charlie Brown, Snoopy and the rest of the Peanuts gang will replace Nickelodeon. The kids areas in each of these parks will undergo “re-branding” which will include new shows and in some cases, new rides. Don Helbig of Kings Island said all of the names for the rides within Planet Snoopy will be announced during the off season. Six Cedar Fair parks already have Peanuts-themed kids areas.

What you need to know about timeshare sales