Out of the Loop: Skateboarding legend flips the switch on Legoland California Christmas 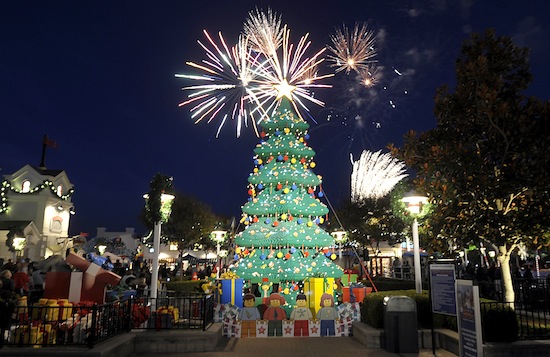 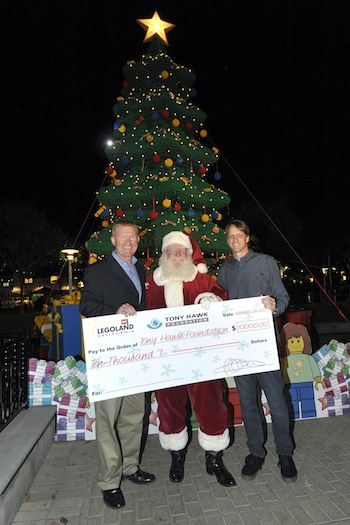 While Legoland Florida celebrates its first Christmas, Legoland California wraps up 12 seasons with its 9th tree lighting ceremony. Each year, Legoland California chooses a celebrity to light the tree for the first time. This year, that person was skateboarding legend and San Diego native, Tony Hawk. Tony Hawk revolutionized the sport of skateboarding. He landed the first 900 (2.5 revolutions) in competition in 1999 and has over a dozen X-games medals to his names in addition to countless other titles. Heck, the guy has his own video games!

But, Hawk wasn’t invited to Legoland simply for prowess on the half pipe. No, his philanthropic efforts too have been outstanding. Started in 2002, the Tony Hawk Foundation has helped to fund nearly 500 safe and legal skate parks throughout the United States in low-income communities serving over 3.5 million youth annually. In honor of the foundation, Master Model Builders at Legoland designed and built 50 Lego skateboards that have been added to the tree. Each skateboard model includes 250 Lego bricks. To assist in the foundation’s continued efforts, Legoland General Manager Peter Ronchetti presented Hawk with a check for $10,000 from Legoland California.

As the 30-foot tall Lego Christmas tree was lit, fireworks filled the sky marking the official start to the holiday season at Legoland California. In addition to the nightly tree lighting, guests this year will be able to play in real snow in the Fun Town area of the park. “Holiday Snow Days” will include snowball throwing and snowman building. The fun continues until Jan 2. 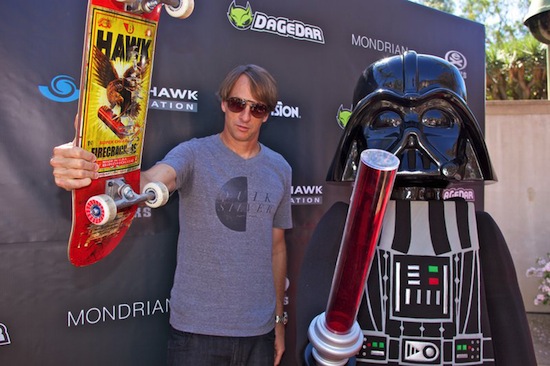