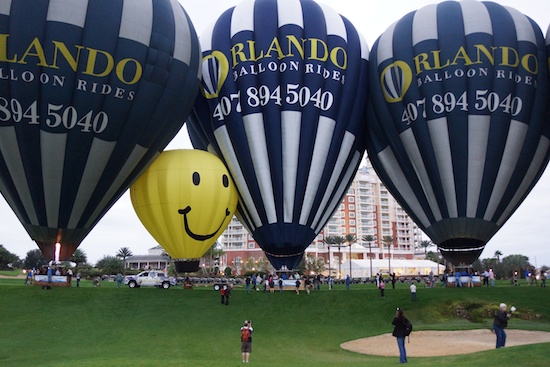 Orlando Balloons Rides added another balloon to its fleet today. But it’s not just another hot air balloon. This balloon is 11 stories high when fully inflated and carries up to 24 passengers. It’s the largest hot air balloon in the U.S. 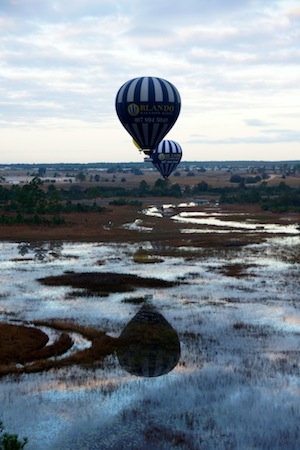 During today’s launch, one of the world’s smallest hot air balloons, Smiley, was launched alongside the four large balloons.

The whole balloon ride experience lasts around three hours and starts an hour before sunrise. After inflation, the actual rides last about an hour, going where the wind takes them. After touchdown, a traditional champagne toast is held, followed by a complementary breakfast upon returning to the meeting spot. The flights must be held in early morning when the winds are calm.

Watch for our full report from the first launch of America’s largest balloon in a future episode of Orlando Attractions Magazine – The Show.

Out of the Loop: Skateboarding legend flips the switch on Legoland California Christmas

Grogu from ‘The Mandalorian’ to fly in Macy’s...

Matt, you never cease to amaze me, these photo’s are great!!

That is my dad’s spectacular Smilie ballon. That little unique hot air ballon has brought countless smiles and giggles from all over our great nation. Awesome photo shoot! Congratulations dad!

Awesome!!! Love to see that smile!

Give Kids the World celebrates 25 years...