Out of the Loop: Star Wars Miniland takes shape at Legoland California 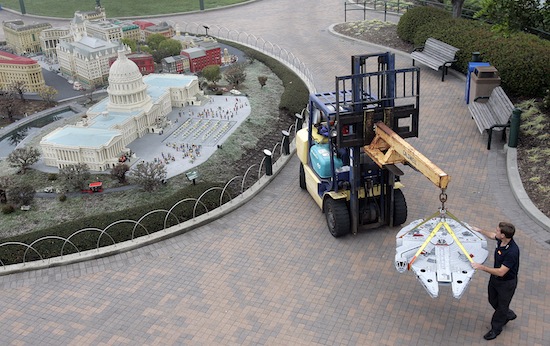 2011 is shaping up to be an exciting year. Disney California Adventure will get a new “E-ticket” attraction in The Little Mermaid: Ariel’s Adventure. New coasters are going up. Old coasters are getting refurbished or moved. In fact a new coaster from last year is being re-worked. Other attractions are readying for spring debuts. Look for all of that news and more here in Out of the Loop in the coming weeks and months. 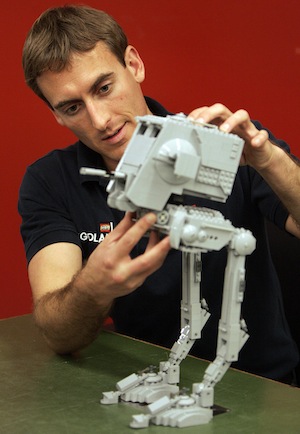 Carlsbad, California – Perhaps building on the popularity of their Star Wars weekends over the past years, Legoland in Carlsbad, Calif. will be opening a dedicated Star Wars Miniland this March. After careful consultation with Lucasfilm Ltd, seven scenes were chosen. These cover one scene each from episodes I to VI and one scene from The Clone Wars. The area will also include a few life-sized models of Chewbacca, R2-D2 and Darth Vader.

Here’s a rundown of the scenes:
• From Episode I, the planet of Naboo will include the battle of Qui-Gon Jinn and Obi-Wan versus the Sith apprentice.
• The Geonosis area is prominent in Episode II. The scene will include the battle of the droid army and the Grand Army of the Republic.
• The featured part of Episode III will be the battle of Anakin Skywalker and Obi-Wan Kenobi.
• From the original Star Wars film, the famous Cantina Band and Millennium Falcon will be featured.
• The great icy battle of Hoth will be depicted from The Empire Strikes Back complete with snow-speeders and Imperial AT-ATs.
• The fuzzy Ewoks from Endor in Return of the Jedi will round out the scenes from the original three movies.
• From the animated series The Clone Wars which takes place between Episodes II and III, Jedi Knights Obi-Wan and Anakin Skywalker are shown on the planet Christophsis.

Many of the scenes will include interactive components in which guests will activate animations within the scene. Each scene will cover approximately 200 square feet and 1.5 million commercially available Lego bricks will be utilized. The bricks in total weigh 1.3 tons. Eight model designers from Legoland Deutschland in Germany built and are building the bulk of the 2,000 Lego models. The Master Model Builders in California will be responsible for bringing the scenes to life. Thirteen months were required to plan and complete the project.

While Legoland Deutschland in Germany and Legoland Billund in Denmark will also be getting Star Wars, there is no word as to whether or not Legoland Florida will include a Star Wars Miniland. 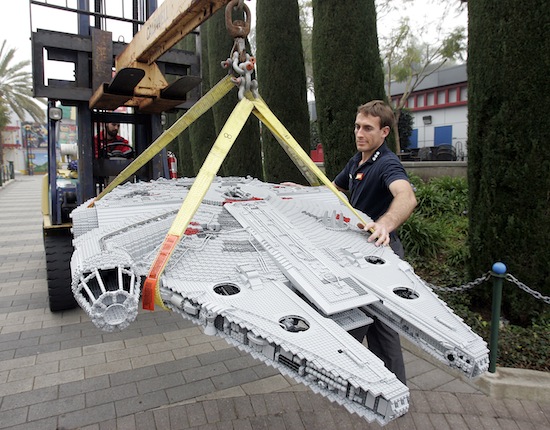 I sure hope when the Legoland in FL opens it has these cool Star Wars items…….that alone will be worth a ticket!