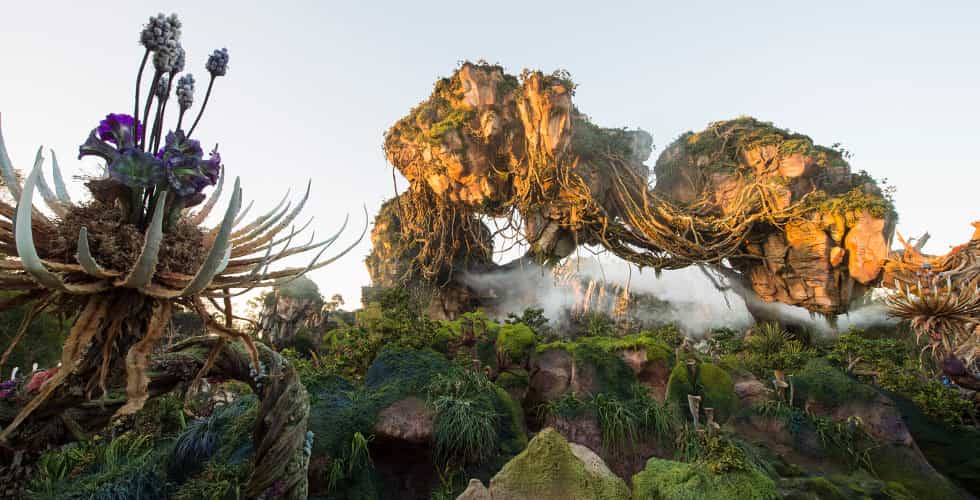 Pandora – The World of Avatar opens at Disney’s Animal Kingdom on May 27.

The Walt Disney World Resort is one of the largest employers in Central Florida, and with the opening of Pandora – The World of Avatar at Disney’s Animal Kingdom, the park is about to bring in even more job opportunities.

Being the largest expansion in Animal Kingdom’s history, the opening of Pandora will provide 1,500 new Cast Members with jobs, by creating 700 operational and 800 construction roles. These roles and positions include food and beverage, merchandise, attraction hosts, engineering and leadership.

As the most recent expansion coming to Walt Disney World, Pandora is a brand new land set on a faraway moon, bringing with it all the sights, sounds and experiences of a culture that has never before been encountered on Earth. The immersion of riding on the back of a banshee, walking under the floating mountains above, and floating through the bioluminescent rainforest on a Na’vi River Journey is sure to let guests leave this world behind and embrace the world of Pandora.

Guests will also be able to enjoy unique dining options, like Satu’li Canteen, Pandora’s 520-seat quick service food and beverage location, as well as Pongu Pongu, a 300-square-foot beverage kiosk to satisfy every craving with both alcoholic and non-alcoholic offerings.

This new land is one of many recent additions to Disney’s Animal Kingdom, including the nighttime spectacular Rivers of Light; the opening of Tiffins, the park’s signature dining location; sunset safaris with the Kilimanjaro Safaris attraction and more.

“While guests will enjoy Pandora’s amazing expeditions and stunning floating mountains,” said Jim MacPhee, Senior Vice President of Walt Disney World Parks, “one of the many things they will long remember when they return home are the Cast Members who helped create magical memories during their Disney vacation.”

The immersion into the world of Pandora doesn’t stop with the environment, but continues with the Cast Members as well. Each Cast Member will wear a specific costume, as well as a unique ACE Expeditions name tag. They will also immerse themselves in the Na’vi culture and language, starting with a simple “Hello” to their guests, which is “Kaltxi (kahl-T’IH)” in Na’vi.

“Anticipation is building among our Cast Members as we get closer to the unveiling of Pandora – The World of Avatar, which is the most mesmerizing land Disney Parks has created to date,” said Djuan Rivers, the Vice President of Disney’s Animal Kingdom. “The attention to detail extends to the Cast Member experience, which includes Pandora-specific training in addition to specially designed costumes to fully engage our Cast Members in the story, which ultimately leads to a richer experience for our guests.”

A Nintendo announcement of Super proportions –...

Beat the heat for a good cause...