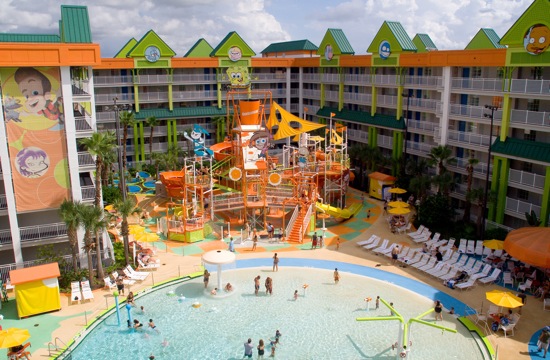 Believe it or not, spring is just around the corner. I’m sure many of you have had your fill of snow and cold weather and might be planning a trip to Orlando to thaw out. Here are a few resort specials for all Orlando visitors as well as some specials for Florida residents too.

Disney
Walt Disney World is offering 25 percent off or more at select Disney resorts. Depending on where you stay, you can save even more on most nights now through March 27, 2010, and from April 11 to Aug. 14, 2010. Some of the rates are as low as $79 per night (plus tax) for a standard room at certain Disney Value Resorts for stays from Sundays to Thursdays.

The savings vary depending on what type of resort you choose from (value, moderate, deluxe, or deluxe villa resorts) how many nights you want to stay, and the dates you need them. Check out these great low rates by going to the Walt Disney World Special Offer page.

Universal
Universal Orlando is offering a “buy three nights, enjoy two more nights free” package until May 27, 2010.
The package includes:
• Five nights hotel accommodations.
• Four-day base ticket to both Universal Orlando theme parks – one theme park, per day.
• Access to live entertainment at Universal CitiWalk.
• Early park admission to some of Islands of Adventure’s most popular attractions before the general public.

Guests can choose to either stay at one of Universal’s on-site hotels (Loews Portofino Bay Hotel, Hard Rock Hotel, or Loews Royal Pacific Resort) with prices starting at $573 per adult, or at the Fairfield Inn & Suites on International Drive with prices starting at $254 per adult. On-site accommodations include complimentary Express access to bypass the regular lines at select attractions and resort-wide transportation via water taxi and shuttle bus. Off-property accommodations include free scheduled transportation between the Fairfield Inn and Universal Orlando and discounts on merchandise, food and non-alcoholic beverages at select CityWalk and theme park locations.

If you would like to book this package follow this link to the Universal Vacation Package page.

Universal is also offering a special “Florida Resident Mardi Gras Getaway” package. If you’re a Florida resident and you want a quick two-night getaway, this might be right for you. This package lasts until April 17, 2010.
The package includes:
•Two-nights accommodations at a Universal Partner Hotel.
• Two-day, two-park ticket to Universal Studios and Island of Adventure.
• Access to live entertainment at Universal CityWalk.
• Complimentary transportation between your hotel and Universal Orlando.
• Early Islands of Adventure park admission to some of their most popular attractions.

If you would like to book this package follow this link to the Universal Florida Resident Package page.

After March 27 these features will change a bit, so for all the details, check out the Nickelodeon Suites Florida Resident Package page or a call 1-877-642-5111.

So take off that winter jacket, store the boots in the closet and let’s see if we can get spring to come a little early this year. Until next time, enjoy the savings.

• Christopher Ollendorf is just your average Orlando guy who loves the theme parks. He has worked in the retail field for most of his life but spent 15 years of that time working for Walt Disney World. At Disney, he worked in entertainment, guest services, retail management, front desk and training. He’s had extensive experience selling theme park tickets.

is there a package for 5 people?