PARKSaver: How to win your way to the magic 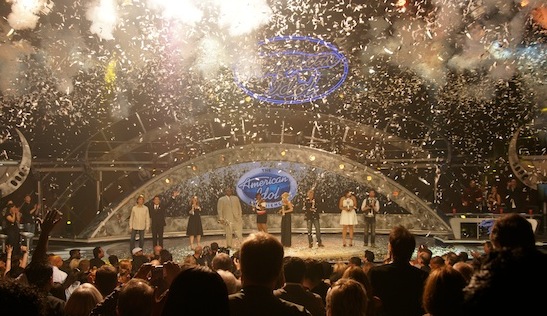 Editor’s note: We’d like to welcome reader and friend Kenny White as the newest PARKsaver columnist. Kenny will fill you in on special deals for park tickets, hotels and other savings for your Orlando trip. We first heard of Kenny when he was chosen as one of the winners for the Disney Dream Job contest where he got to live out his dream of being a pirate at Disneyland. Since then Kenny has proven to be the luckiest man I know. But you can’t win if you don’t enter. For his first column, Kenny gives you some of his tips for becoming a winner.

By Kenny “The Pirate” White

I know the feeling. You’re excited to plan your next Orlando family vacation, but there’s no coinage in the little porcelain piggy. You’ve dug deeply into the darkest reaches of the couch only to find crusty Cheezy Rings. What do you do? Do you cash in the children’s college fun? Do you have a yard sale to unload those 207 theme park T-shirts you’ve gathered over the years? What’s the best way to save money on your family’s next getaway? How about going for free? Yes, that’s right, it’s possible to go to Orlando for free.

“Ah, why waste my time entering sweepstakes everyday when no one wins those things,” you say. Well, my family and I have won many vacations and experiences over the last three years. I’ve been a pirate at Disneyland for a day, we’ve won a AAA sponsored vacation to Orlando and Tampa, we’ve won a Disney Cruise, a Richard Petty Driving Experience, and my 12-year-old daughter won an all-expenses paid Adventures by Disney Trip to China!

You’re probably thinking I spend all my time entering contests. The reality is, I never spend more than five minutes a day entering contests. I’m here to tell you how you could be the next winner. Hey, wait a minute, if you win, then I won’t. Oh OK, I’ll tell you our tips and tricks, but it must remain between us. Shhhh, don’t tell anyone!

1. Use the right resources.
Don’t waste your time attempting to do web searches everyday to locate new sweepstakes. You’ll spend hours finding contests that ended in 2005. By using the links I’m providing below, you’ll be able to enter these sweepstakes in the time it would have taken you to blow the dust off your ab cruncher. Someone else has already done the work, you reap the benefits. If only the office were like this. You’ll note there are basically three types of contests: Enter once and you’re done, enter daily, and contests that require some type of skill.

2. Tag multi-entry contests to your favorites.
I made a folder that I placed on the top of my favorites tab called “sweepstakes.” When I locate a contest I can enter daily, I just tag it and place the date of last entry on the end of the name. I often abbreviate the enormous name that is given to read it clearly. Each day I click the link and fill in the data.

3. Use the right tools.
Who wants to type their name and address over and over and over. You’ll probably end up with carpal tunnel syndrome before you win a sweepstakes! Use an autofill program to do the work for you. Enter your data once and save it, then just click autofill and it fills in the form automatically. Google offers a free autofill function in its Google toolbar application. I use Norton Antivirus on my home computer and it has an autofiller included as well. Some browsers have this ability built-in. If you come across a form that won’t allow autofill, just take a moment to type in the information.

4. Enter the contests that require effort.
The Dream Job contest in 2007 that afforded me an opportunity to play pirate at Disneyland required making a 45 second video. (Click Here to see my entry.) My daughter won the Adventures by Disney trip to China by embellishing some Flat Stanley artwork and writing an essay. You may find contests that ask for photography, an essay, artwork or a video. “But I’m not that creative” you say. You’ll never win if you don’t try! I believe there are far fewer entries into contests that require effort, which increases your opportunity to be a winner.

5. Do it everyday.
When I received the notification that I had won the AAA sweepstakes, which was a random draw contest, it included the date and time that I entered the contest. I realized that if I hadn’t entered the contest that day, I wouldn’t have won. Don’t give up if you don’t win in a month or even a year. Stay at it and you’ll eventually win something.

Kenny “the pirate” White is an avid fan of the Orlando theme parks. He specializes in saving his friends and family money on their Orlando vacations. He and his family have also won numerous contests and sweepstakes. Kenny and his family have made more than 25 trips to Orlando. He currently lives in Gun Barrel City, Texas.

How much are the taxes you have to pay when you win a sweepstakes for a vacation?

The government basically treats the prize as income for the year. So it depends on what your total earnings and deductions will be before you can know the exact amount. Maximum amount would be about 30% of the prize value.

Sorry guys for messing up the pingback by putting the wrong name down..its been corrected
we look forward to more helpful hints from Kenny “the pirate” White..haha love that name!

Chip from Chip and Co!

Thanks for the mention. My site is brand new and your link generated a couple hundred visits. Thanks. Didn’t know how else to contact you, but can you find out if I can reprint your post in full in my other Disney Blog – “A World View” (brucewdw.blogspot.com). And I’m looking forward to your series myself.

You’re welcome to reprint a portion of the article as long as credit is given and a link to read to full story on our site is added.

What’s the overall message- is it a love song, a friendship song, etc..