Review: Step into the world of ‘Alita: Battle Angel’ with ’Passport to Iron City’ immersive experience

Have you ever wanted to experience another world? Another future? With “Passport to Iron City,” a new immersive experience created to promote Fox’s new film, “Alita: Battle Angel,” you can do just that. 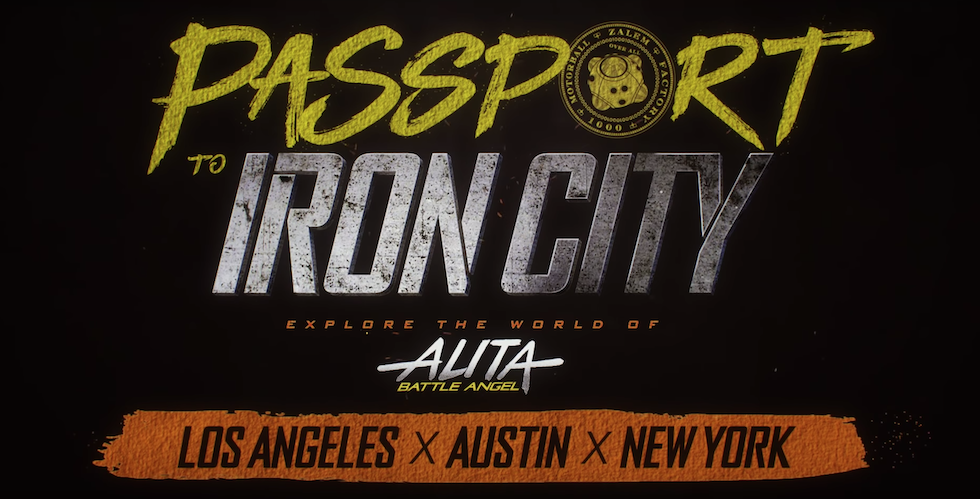 Passport to Iron City is a new immersive experience made to promote “Alita: Battle Angel.” 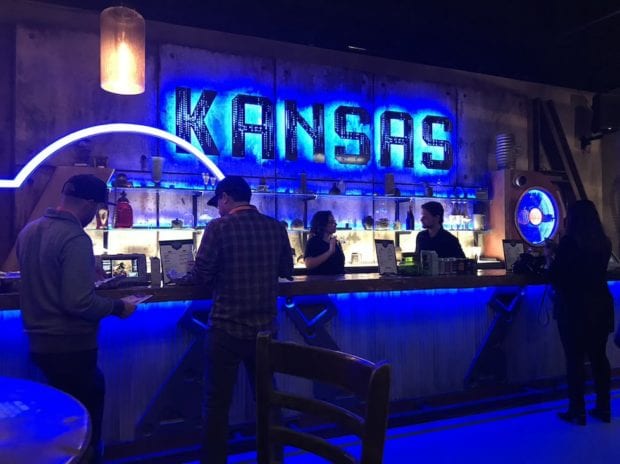 Players will explore and live like a local in Iron City, the setting for “Alita: Battle Angel;” drink beers at The Kansas Bar, an infamous hunter-warrior watering hole; and interact with the City’s grittiest and most dangerous residents – all while solving puzzles and earning credits to gamble at the high-energy Motorball stadium.

This is experience was created as a stand-alone companion to Fox’s new film, so whether you’re new to the world of “Alita” or if you’re a fan of the original manga, you’ll do just fine. 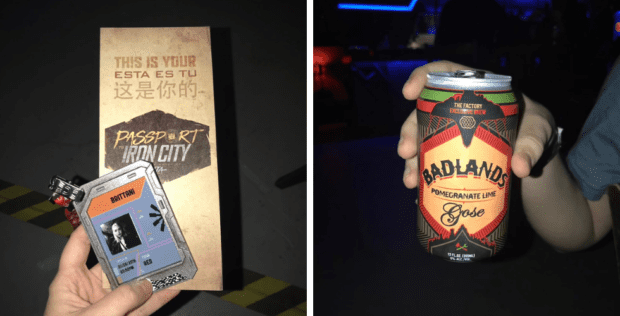 Upon entering the experience, players are given identification cards that help their credits collected throughout the game. Afterward, everyone heads into The Kansas Bar. For an extra fee, players can try an exclusive craft beer designed specifically for each city. At Austin’s experience, we got to try a pomegranate lime gose – very citrusy and so refreshing! 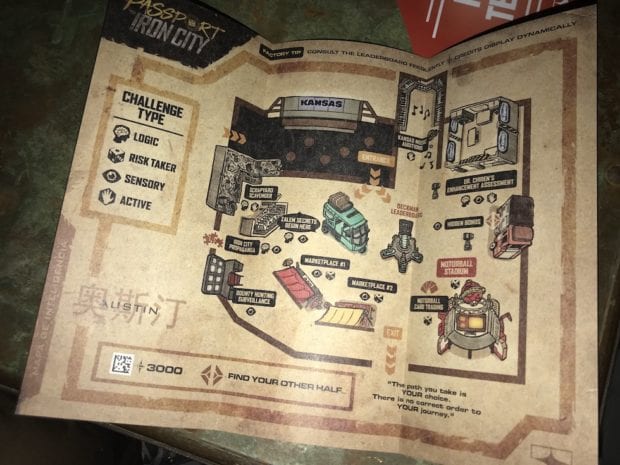 Once players find their groups, the first challenge begins! We won’t give anything away, but you’ll definitely want to pay attention to your ID badge and the maps given to you at the start of the experience. Performers also roam through the bar and game area – and they’re ready to give you valuable insight into your time in the City and its challenges, or lead you and your team astray. 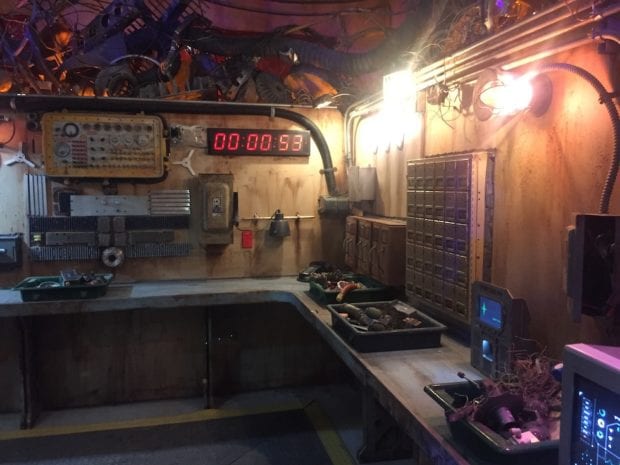 Inside the Iron City are nine challenges, with four varying types: logic, risk taker, sensory, and active. These challenges include a scavenger hunt to unscramble hidden messages throughout the city, a propaganda assembly challenge (putting a magnetic puzzle together on a wall), finding your best traits worthy of cybernetic enhancements, bounty hunting surveillance, and more. 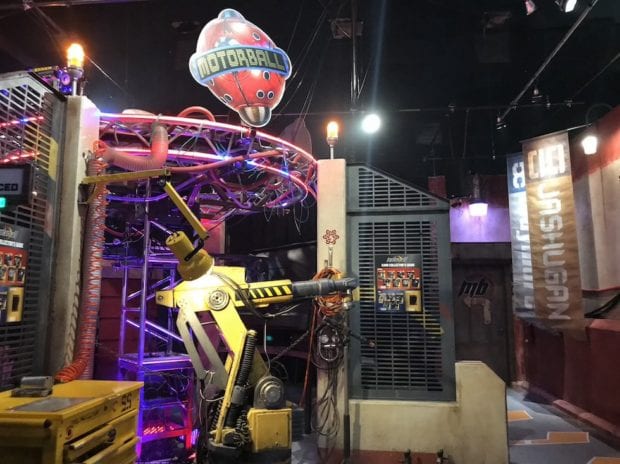 The experience comes to a head with a high-energy, stressful Motorball race, where teams place their bets and hope their racer makes it to the end. The winning team receives thousands of credits and a special collectible prize. While our team bet on the winning racer, we ended up placing fourth out of 10 teams. 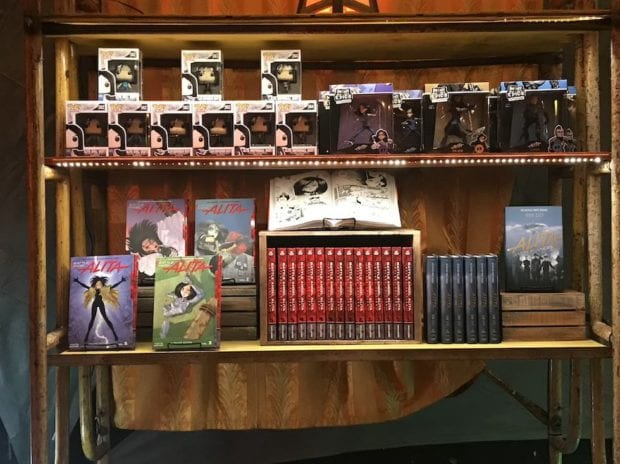 At the end of the experience, a variety of “Alita” merchandise can be found, like Funko POPs and copies of the original manga, as well as Passport to Iron City-branded merchandise like Kansas pint glasses, postcards, and in Austin, special hot sauces made especially for this location’s experience. 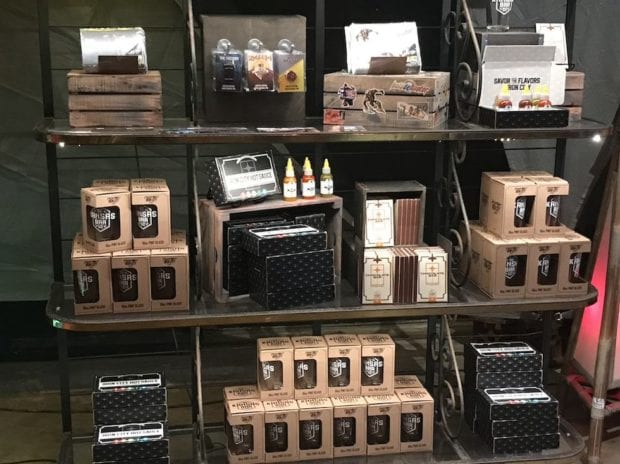 We had a great time going through this unique escape room-meets-game-meets-theme park experience. Even without any prior knowledge of the world of Alita and its characters, we felt immediately as though we were part of this living, breathing dystopian world. It would be great to see movie-based experiences like this more readily available to the public, rather than exclusively for conventions and events like SXSW and Comic-Con.

James Cameron Invites YOU to "Passport to Iron City"

Tickets for Passport to Iron City are available now for a special early bird price of $25 each for all three experiences in Los Angeles, New York, and Austin. There is no set closing date, so be sure to check it out while you can! Head to AlitaExperience.com for more info, and take a look at the trailer for the experience:

Be sure to catch “Alita: Battle Angel” when it hits theaters on Feb. 14. Check out the trailer below:

I just got back and it was without a doubt a total waste of time and money!

This ALITA can hardly wait to see this movie …. its so rare my name appears anywhere let alone on the big screen! I meed a poster 😁