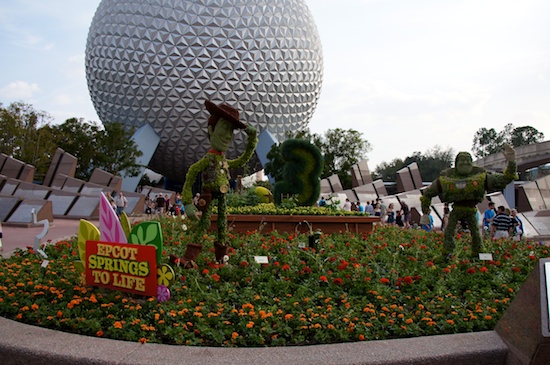 The 18th Annual Epcot International Flower & Garden Festival has begun. The festival runs for the next two and a half months (ends May 15) so you have plenty of time to plan a trip. We were there on day one to give you this look around.

As you can see above, the first of many topiary characters you’ll see are Woody and Buzz Lightyear from Toy Story 3. The evil bear Lotso is also supposed to join them up by the large number three as soon as he’s done growing. Yes, there are strawberries planted here. 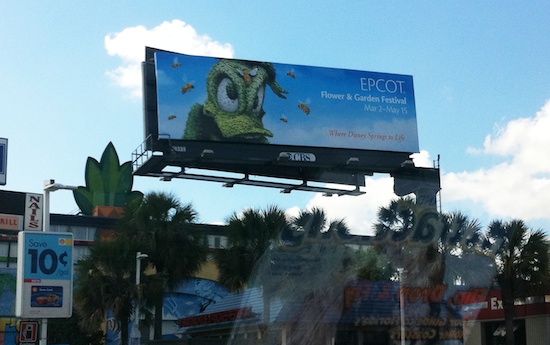 Before we head back in the park, here’s a look at a funny billboard advertising the festival. This billboard is off Apopka-Vineland Road AKA 535. 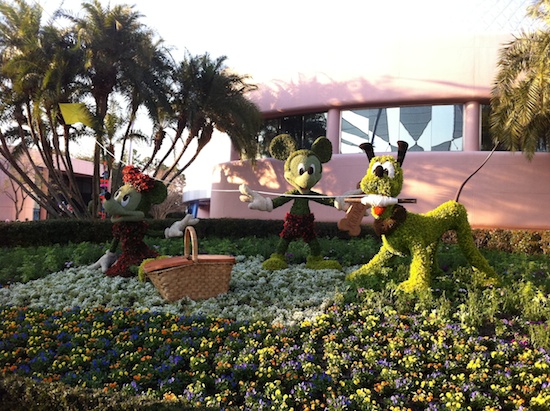 Just on the other side of Spaceship Earth you’ll come across Mickey unsuccessfully trying to fly a kite. 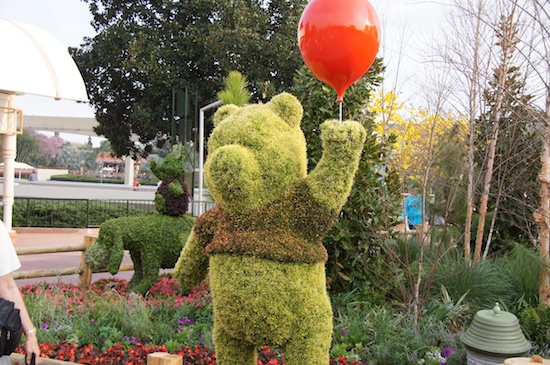 Besides Toy Story, you’ll find more new topiary characters in Future World as you head towards the lake. Winnie the Pooh and his friends make their debut. Note the newly added fence. Too many guests were getting up close for photos with previous topiaries here. 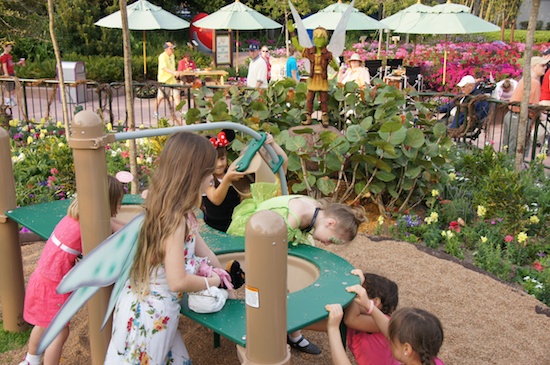 In its usual spot on the Test Track side of Mouse Gear is Pixie Hollow Garden. A new “play in the sand” area has been added to the usual playground. 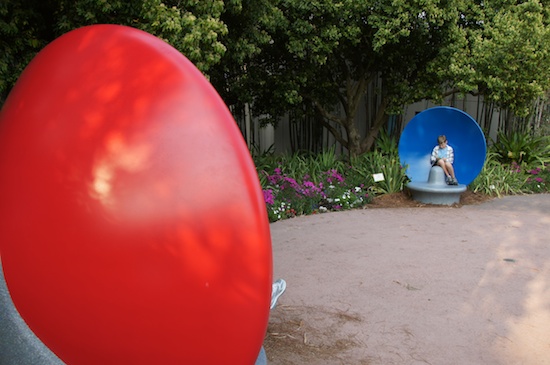 Across from the playground are these Wonderdishs. Sit and face in and have a friend do the same on the other one and you can hear each other talk as if they’re right next to you. 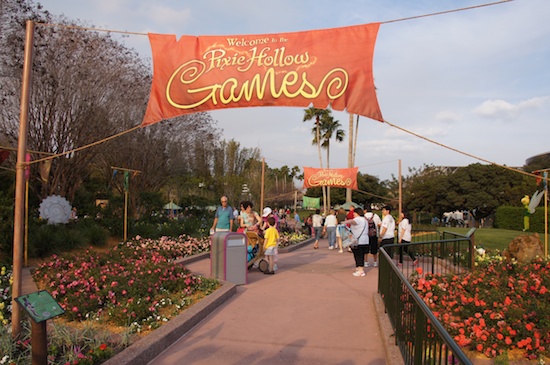 This area where the butterfly garden used to be was marked as a games area, although no games could be found. Maybe they’re coming later, but a cast member standing by wasn’t sure. 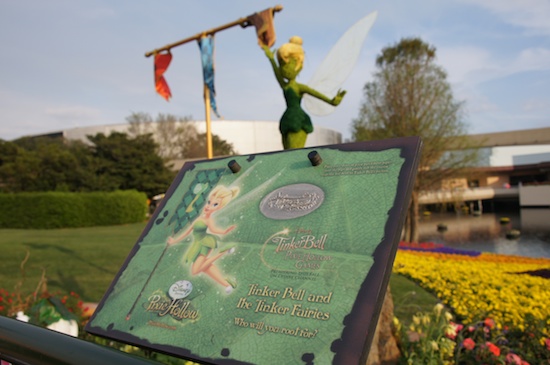 Of course, you can find all the fairy’s houses and topiaries of the fairies themselves here. The sign also serves as a place to rub a crayon on paper to get the fairies autographs. 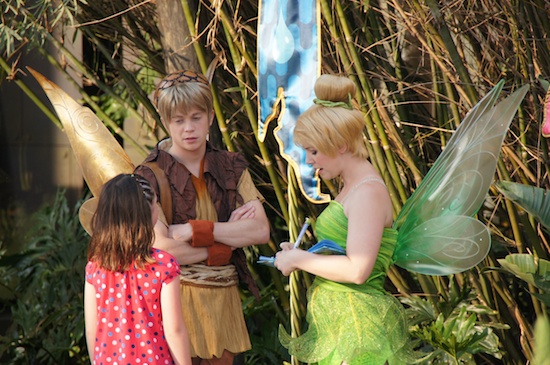 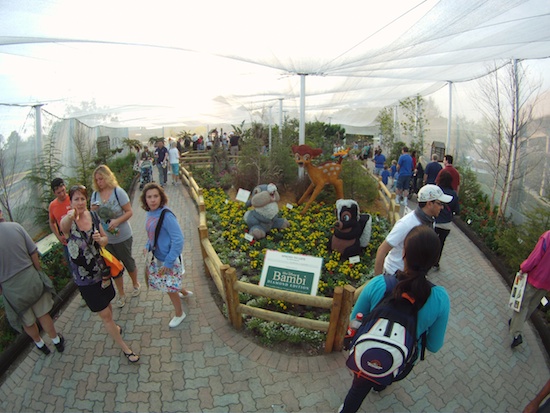 The new larger butterfly area is called Bambi’s Butterfly House. It’s now located in the grassy area outside the back of Club Cool. I took this photo with the super-wide angle lens on our Show producer’s GoPro camera. 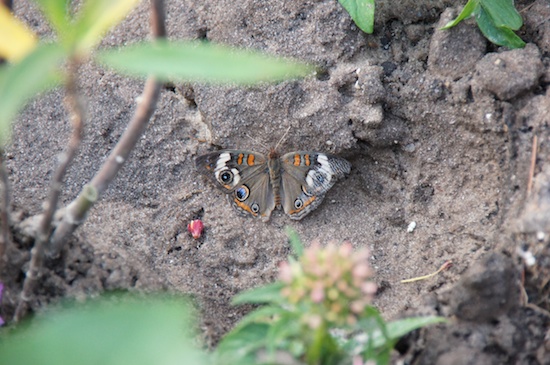 The butterflies were hard to spot. But I bet they’ll be easier to see as more start to hatch. This one was particularly interesting. 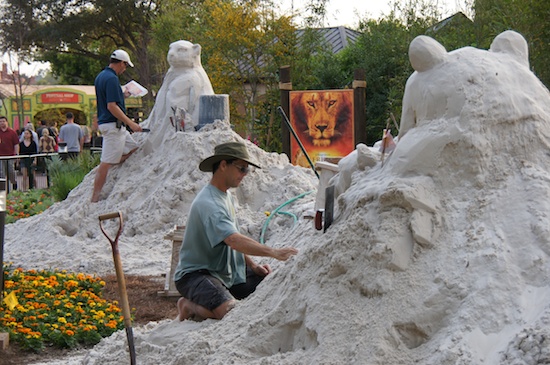 After walking through the rose path, we came upon these sand sculptors recreating the big cats from the upcoming DisneyNature film African Cats. 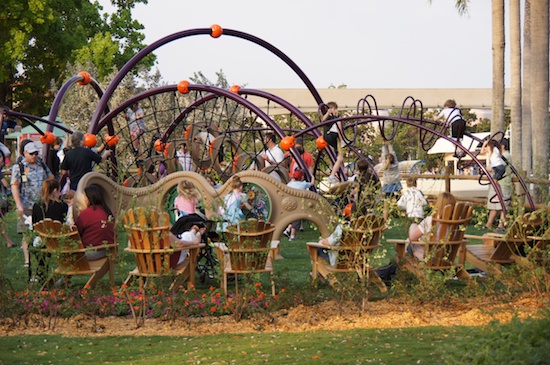 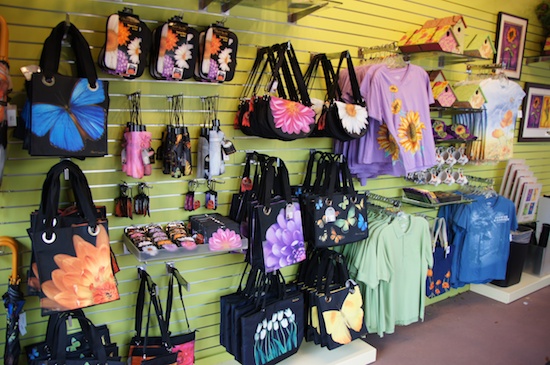 Here’s a look at some of the new merchandise. 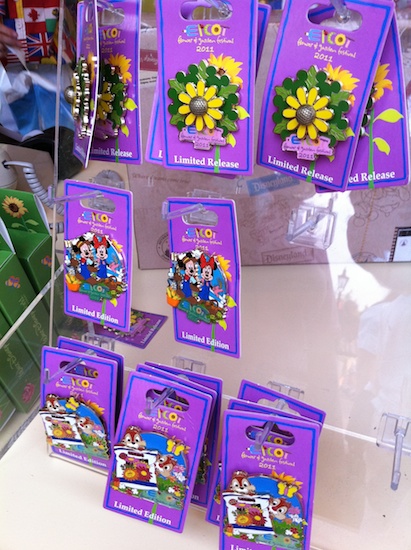 Here are this year’s Flower and Garden pins. 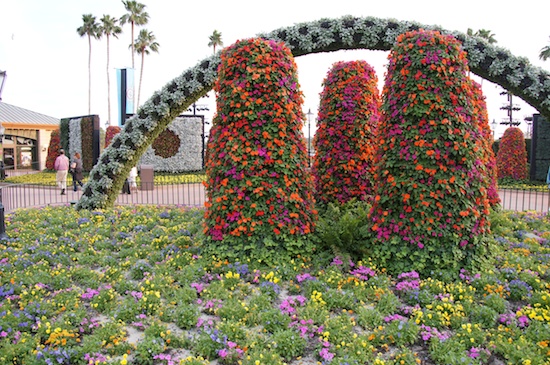 This is the spot where another MIA topiary is supposed to be. The Cars 2 figures are still growing as well. I noticed theme music playing in many different areas this year. For example, you can hear Cars music playing here and Toy Story songs at the entrance to Epcot. 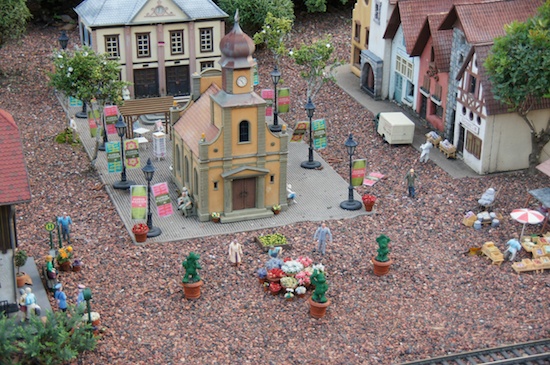 The model citizens of Germany were also celebrating the Flower and Garden Festival. 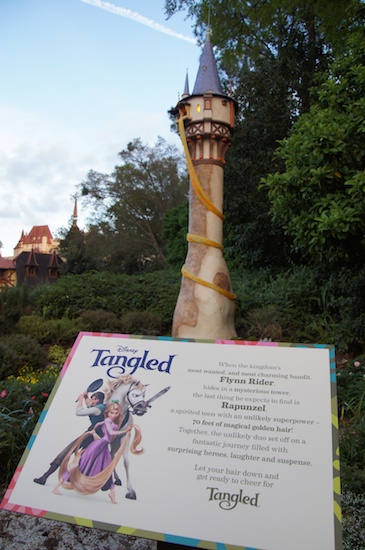 Rapunzel’s tower from Tangled was just on the other side of the model train area. The windows on the tower open and close and you can hear Rapunzel singing one of two songs. 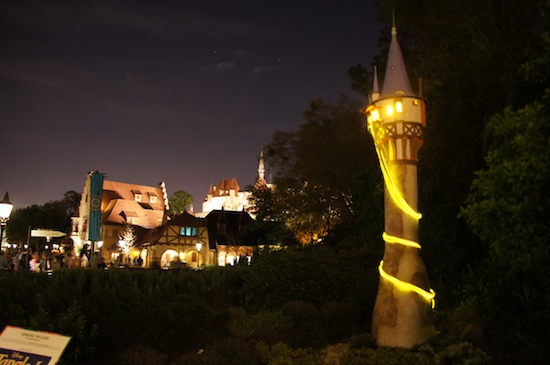 The tower and Rapunzel’s hair light up at night. You can see a video Here. 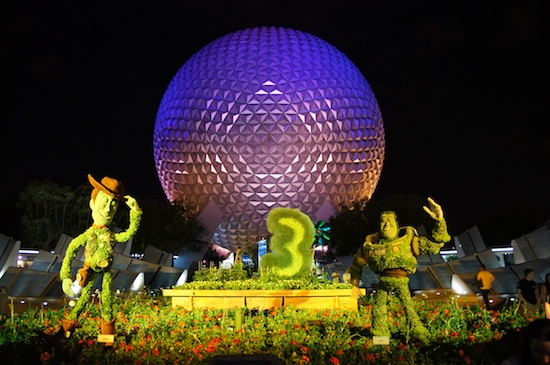 Here’s a look at the entrance display as you’ll see it on your way out of the park at night. Our full photo gallery is below.

Here’s a time-lapse video of the making of the entrance display.

I’ve always wanted to go to the Epcot Flower and Garden show. It looks so lovely and wonderful. Can just smell all the beautiful scents wafting through the warm air. Having a vacation in my mind right now.

I’m going but I can’t see Lotso in the video or pictures!!!!
Is he hiding??

Lotso isn’t ready so he hasn’t appeared yet.