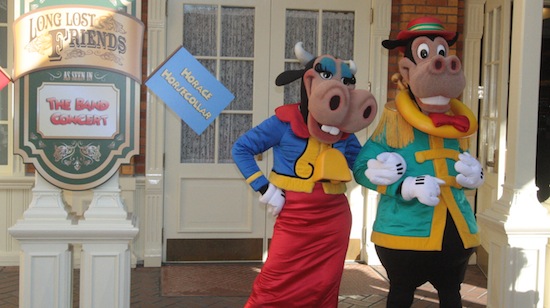 Join us for a look a the Limited Time Magic offering last week, meet and greets with Long Lost Friends at the Magic Kingdom. We also examine the new ending to it’s a small world and several new additions to the queue at Big Thunder Mountain Railroad – though they aren’t active/interactive yet. We also take a peek at the construction in Universal Studios and check out the new vinyl Simpsons characters.

Correction: In this week’s Photo Finds, I mistakenly mention that the Transformers ride at Universal and the DVC resort at the Grand Floridian have not been officially announced. Both have been announced.

This is the first time I’ve seen the interactive elements in BTMRR. It reminds me of the Kali River Rapids elephant things. I’m kinda excited about them – it looks fun, without destroying the theme of the attraction.

The Transformers attraction is officialy announced for some time now Kevin.
http://www.youtube.com/watch?v=W4bK6uu4beQ

Transformers attraction has been announced back in Nov?…

Yes they said the ride was coming but didnt say where

Out of the Loop: Tokyo Disneyland reopens...