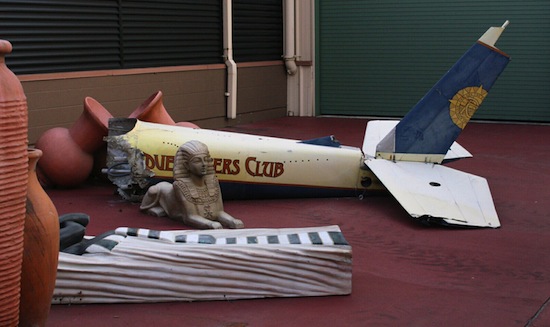 Two exciting new features have been added to the Osborne Family Spectacle of Dancing Lights: animated windows that were in the past one color and simple are now colorful and more varied, and the San Francisco Street canopy has received all new LED programmed lights that turn the entire experience into something like the Fremont Street Experience at Downtown Las Vegas. The Backlot Tour has also had other upgrades and minor additions, including some props from the Adventurers Club.

This week’s updates include: 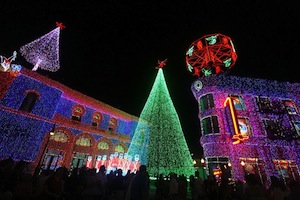 • RFID testing at Epcot involves a sticker on your pass
• DHS walkthrough: Narnia removal, new posters in Animation, stage in front of hat
• Backlot tram tour has new movie props in warehouse (from Prince of Persia) and a few props from Adventurer’s Club in a secondary boneyard (just outside the costuming building)
• Osborne Lights has new animated windows this year, and a new animated canopy on the San Francisco street, as well as two new tributes to Jennings Osborne, who died this year
• Walt Disney World Earbook 2011 is a new book by the host, chronicling everything that was added, removed, or changed in WDW during the past year.

Snow themed activities at the Nickelodeon Suites Resort for the holidays