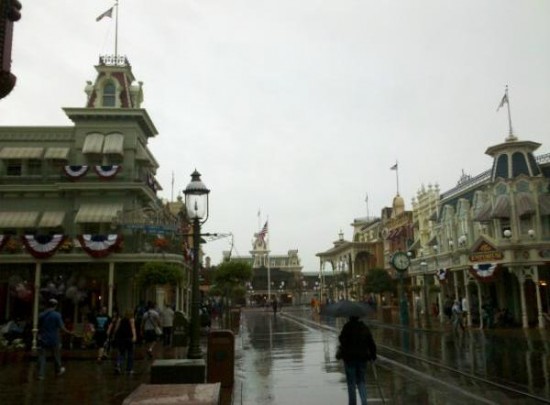 The day before President Obama was due to give a speech at the Magic Kingdom the weather was cold and rainy. The red, white and blue banners hung for Obama’s speech became very wet. 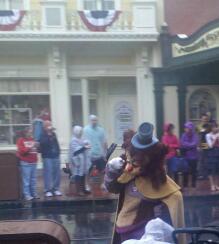 The afternoon Celebrate A Dream Come True parade was canceled due to the weather, but The Rainy Day Parade gave guests a look at some rare Disney characters; complete with a rainy day song. 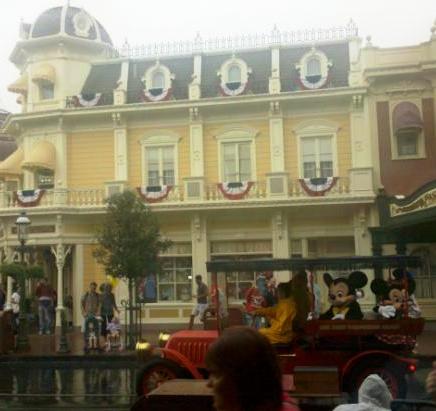 Mickey gets a ride down Main Street during the parade. 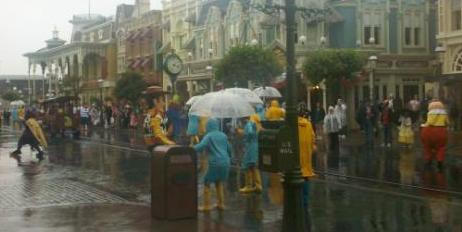 Woody enjoys his time playing in the rain. 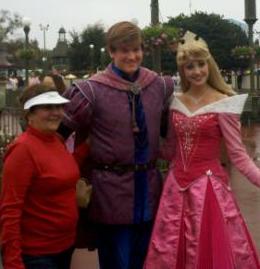 Another rainy day difference: the Dream Along with Mickey show was canceled, making way for a meet and great with popular Disney couples, like Princess Aurora and Prince Philip. 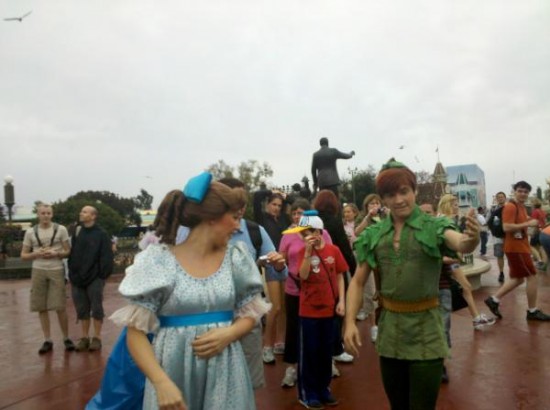 Peter Pan was having fun splashing Wendy with water. 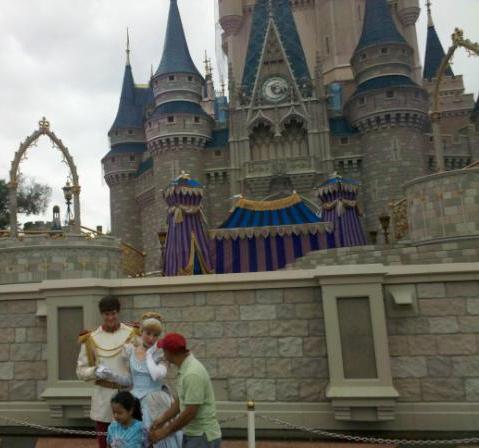 Cinderella and Prince Charming held royal court in front of the castle. 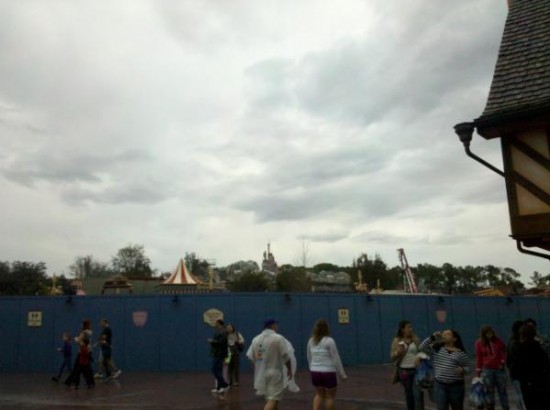 No photo update of the Magic Kingdom would be complete without a Fantasyland construction picture. 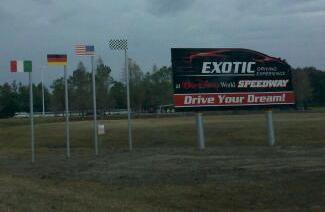 The new Exotic Driving Experience also got new sign. Each flag represents the country where the exotic cars were made.

PHOTO: First look at Guardians of the Galaxy:...

Photos from day one of Disney’s Christmas...