Here are some observations from my visit to Universal Studios and Islands of Adventure over the weekend. 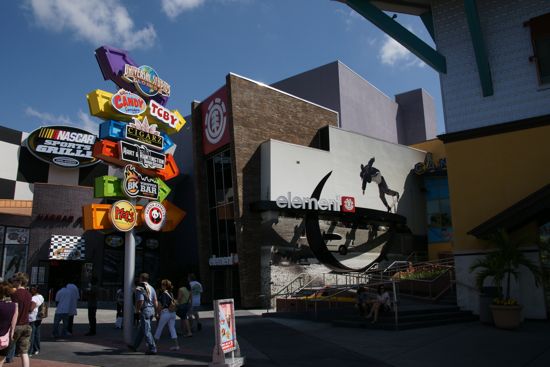 There’s a new sign, a new skateboard shop and a three new restaurants in CityWalk. See my other blog posts for more information on these. 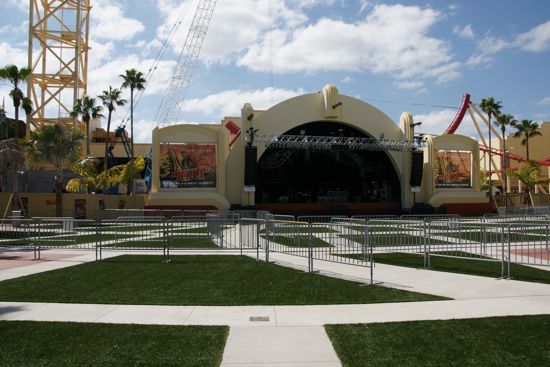 A look at the new permanent stage. It’s currently being used for Mardi Gras concerts. 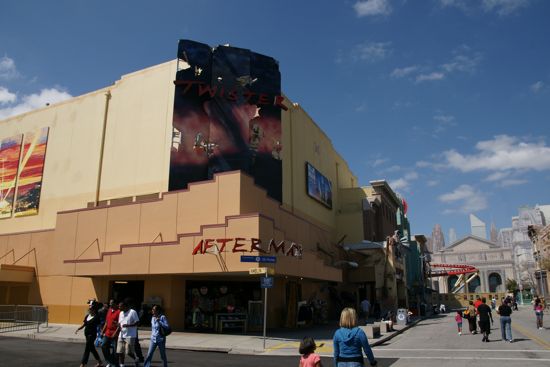 Twister was open after being temporarily shut down on non-peak days. Fear Factor was still closed. 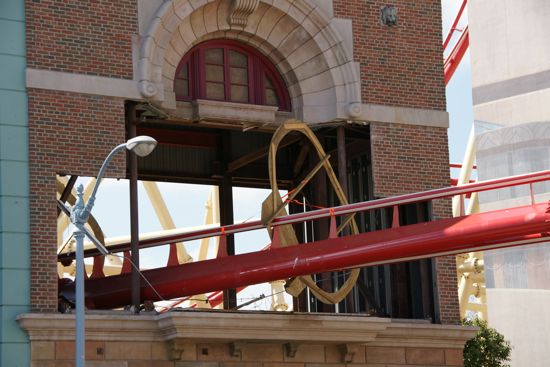 A close-up look at the new Hollywood Rip, Ride, Rockit roller coaster as the track goes through this building. I assume the wooden frame shows how big the cars are and how far passenger’s outstretched arms will reach. 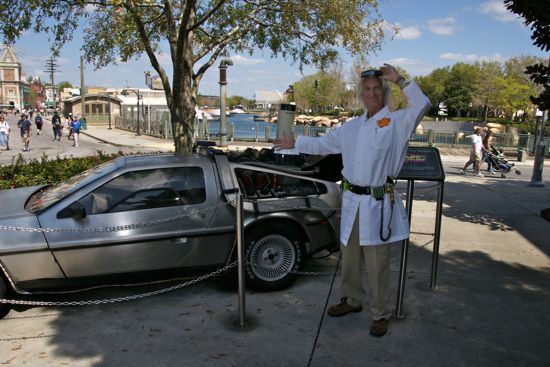 It’s nice to see Doc Brown is still around. I asked him about his Time Machine bicycle, which he had with him. He said he made it because the kids were complaining they weren’t old enough to drive the Delorean, but that it’s hard to get it up to 88 miles-per-hour. He then remarked, “The idea looked good on paper”. 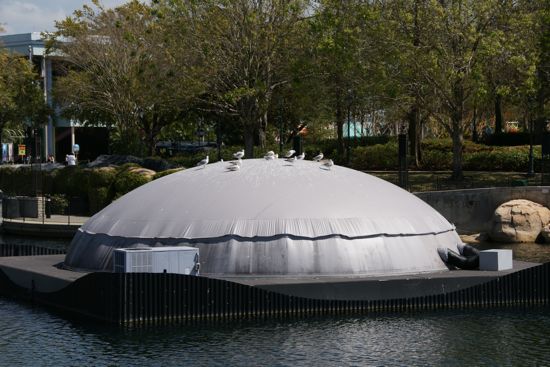 Looks like at least the birds are getting use out of the blow-up screens. Yuck! 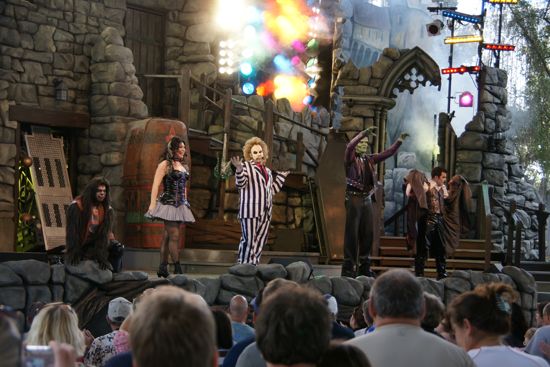 It had been a long time since I’d seen Beetlejuice’s Graveyard Revue. It was nice to hear they’re keeping the show up to date with current jokes. Here’s one of them: As Beetlejuice was exiting a room filled with smoke, he said, “That’s Michael Phelps’ room.” 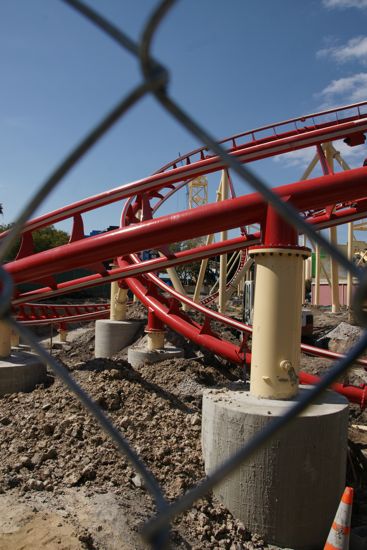 Here’s a look through the fence at the new coaster. I took this from CityWalk as I was making my way over to Islands of Adventure. 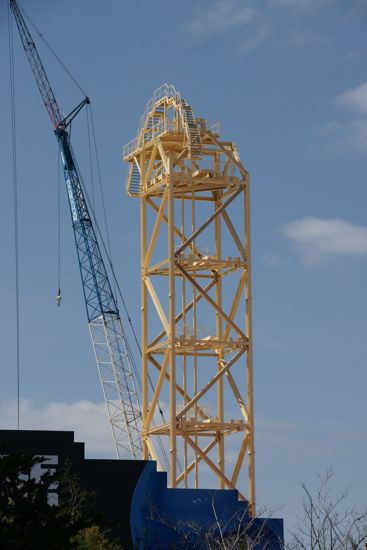 This will give you an idea of how high the coaster will go. The track will circle its way all around this tower. 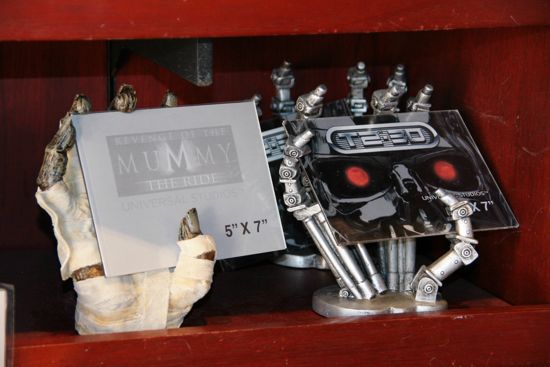 Some very cool photo frames for sale in the photo shop in Islands of Adventure. 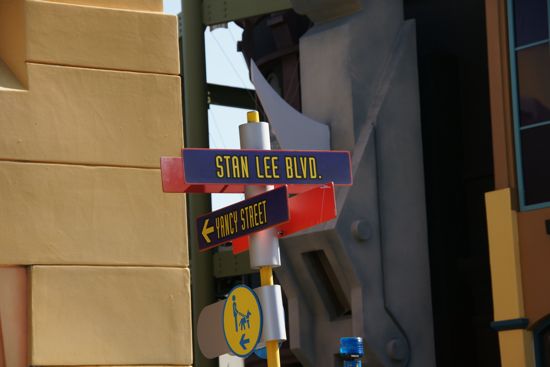 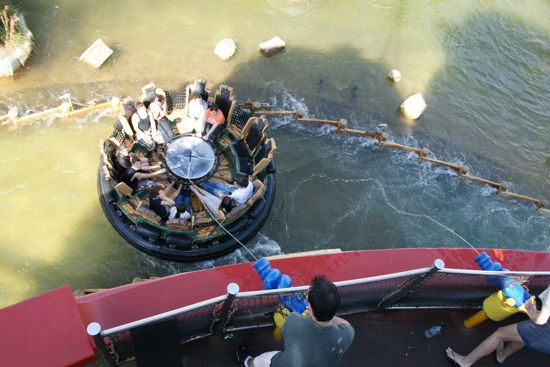 I love to squirt people who think they missed all the splashes on the water rides. These squirt guns are free on Me Ship, The Olive. 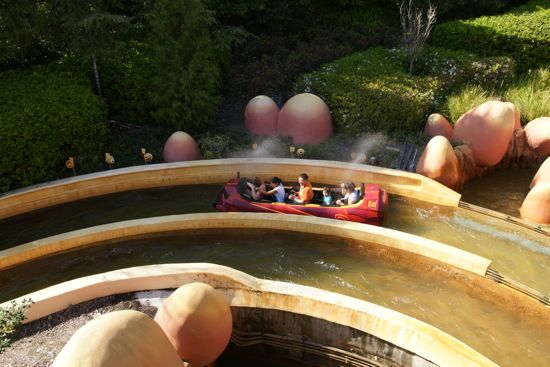 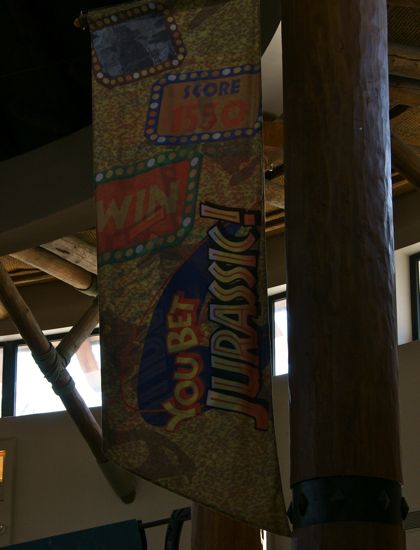 A funny, not-so-nice play on words. 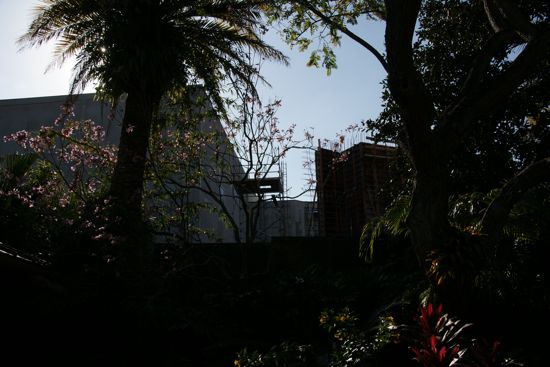 The big box of a building is still being constructed Harry Potter Land, but some other “things” are rising in front of it.

Good to see Doc around. And even though I like the beetlejuice show, I think the old one was better (and funnier than the one I saw in January 2000).

Thanks for the glimpses into Universal. I agree, YUK about the birds! Those things are hideous as it is.