I spent a few hours in the Magic Kingdom the other day and kept my eyes peeled for anything new or interesting. Here’s what I found: 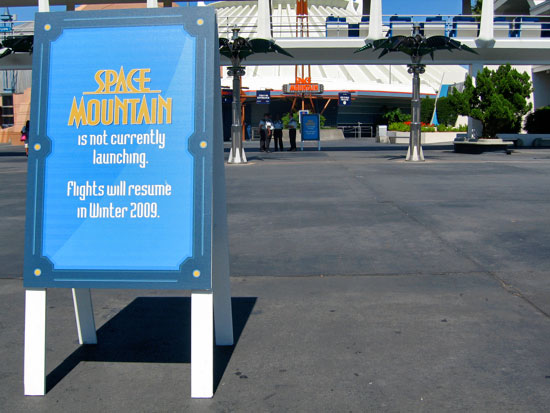 Space Mountain is closed for refurbishment officially until Winter, though signs point to a November opening. Disney is making it very clear to all Tomorrowland visitors that the famous ride is not operating with signs like this found leading up to the attraction’s entrance, along with several cast members stationed outside diverting approaching guests. In addition, signs leading into and out of Tomorrowland tell the same story: 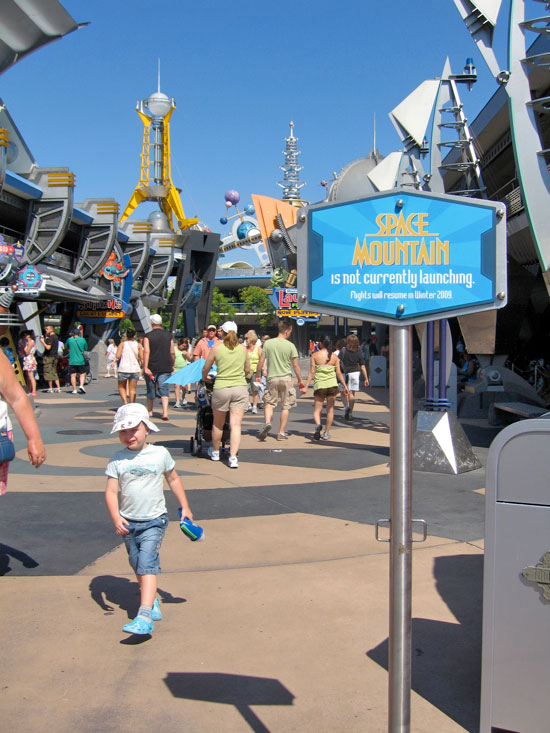 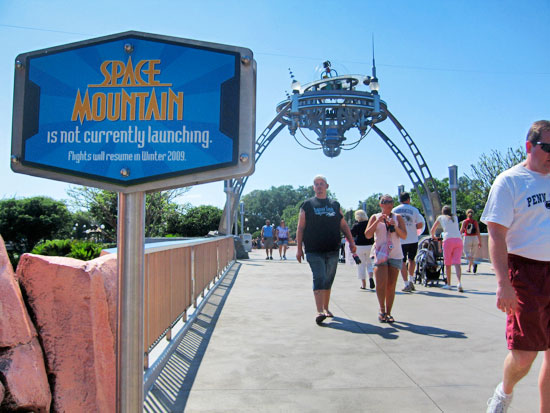 Despite all of these signs, I observed many guests approaching Space Mountain, disappointed to find out that it was, indeed, closed. I’m not sure if they didn’t believe the signs or simply didn’t see them. 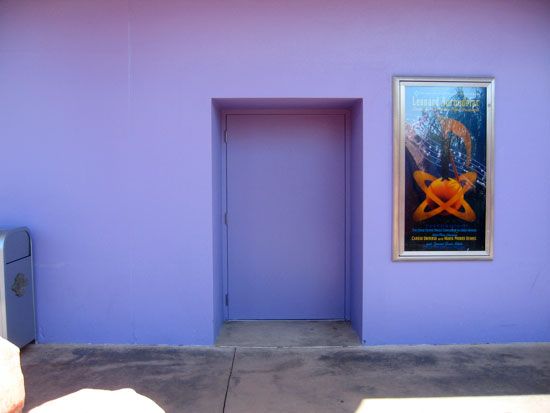 Just to the right of the entrance to Tomorrowland (along side the path leading from the Tomorrowland Terrace Noodle Station) is this long, purple wall. The wall was grey until a recent coat of paint changed its color, but, more importantly, it is still lacking a poster for Cosmic Ray’s Starlight Cafe (this linked version is a photo that someone sent me a couple of years ago that I retouched to look as natural as possible). Before the paint overhaul, the poster promoting the nearby Tomorrowland restaurant was hung on the left side of this doorway. I wish I knew where it went, or if it will ever return. 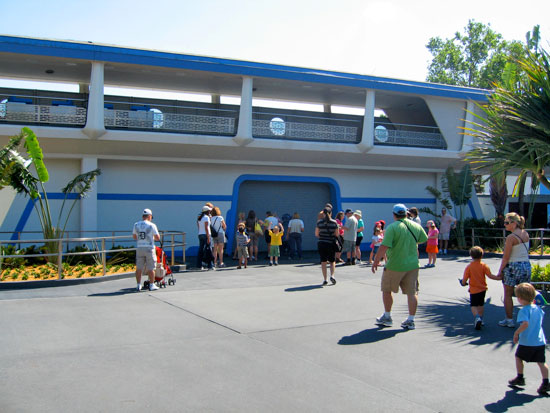 Anyone who hasn’t visited Tomorrowland in a while might find it feeling a little smaller than in the past as the Galaxy Palace Theater is now completely walled-off. The new blue-striped wall just below the Tomorrowland Transit Authority track in this picture now blocks the former entranceway to the theater. Now, rather than an almost always empty theater, Stitch has a new meet-and-greet spot: 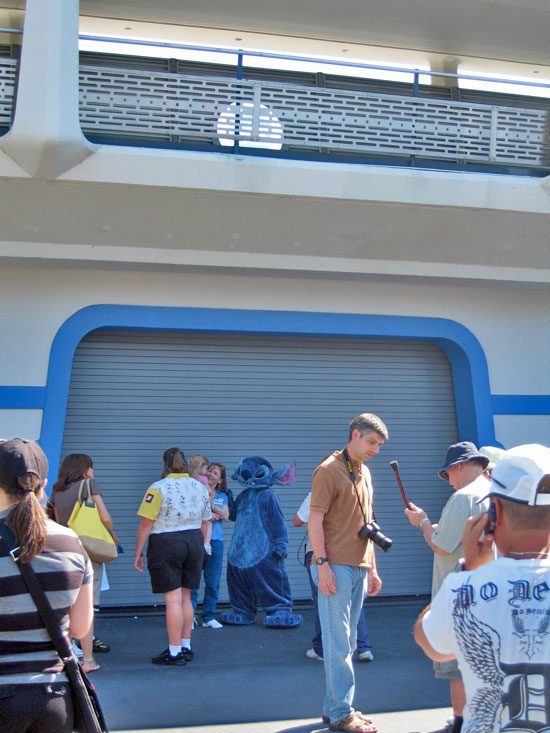 Stitch should certainly feel right at home in this Tomorrowland meet-and-greet location as he already stars in the Stitch’s Great Escape attraction and has Stitch’s Supersonic Celebration on its way soon. 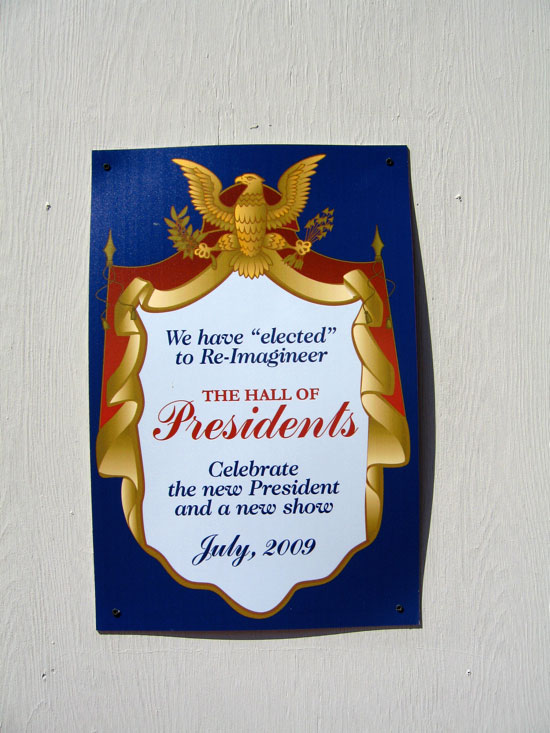 Over in Liberty Square, The Hall of Presidents is continuing its refurbishment. This sign hangs on the construction walls outside of the building, which is currently wrapped in a giant photo of the building itself (partially pictured below), presumably covering the not-as-sightly scaffolding underneath.  The plus-side to this refurbishment (other than a better Hall of Presidents attraction coming in July) is the shady, off-the-beaten-path hallway of sorts that the construction walls and scaffolding form, running behind the nearby Heritage House shop: 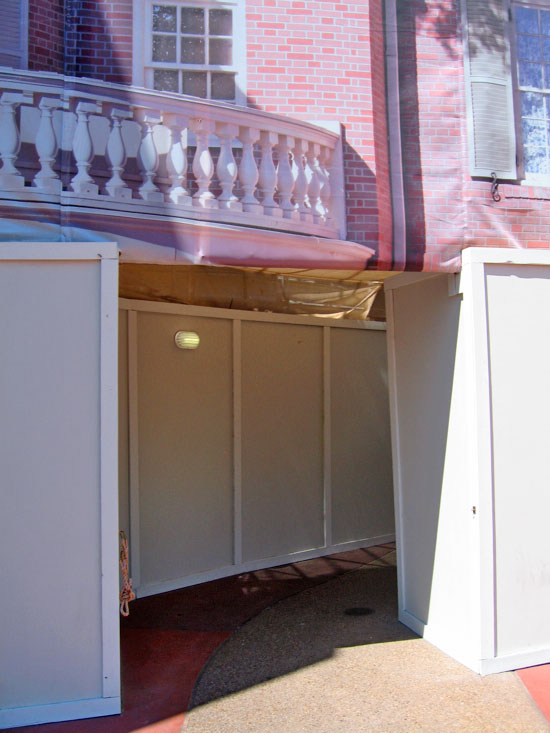 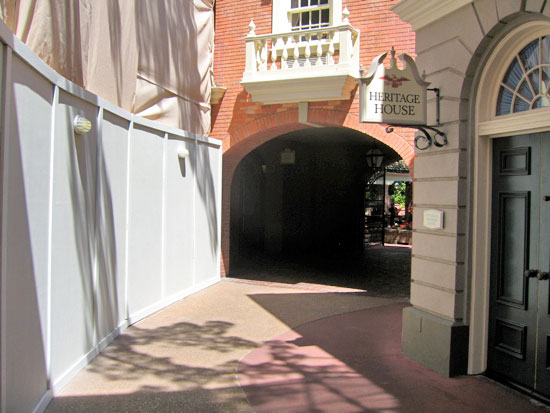 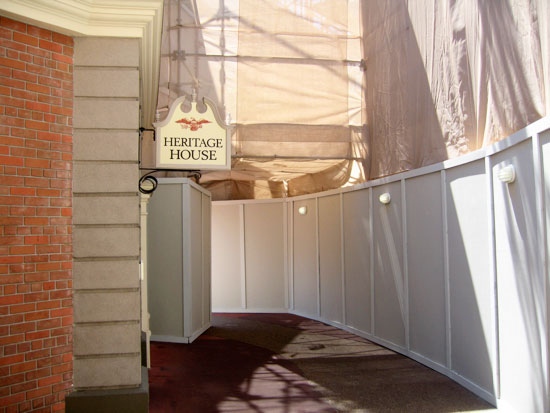 It’s too bad these construction walls and coverings will be taken down in July. I think they would make a fun haunted area during Mickey’s Not-So-Scary Halloween Party. 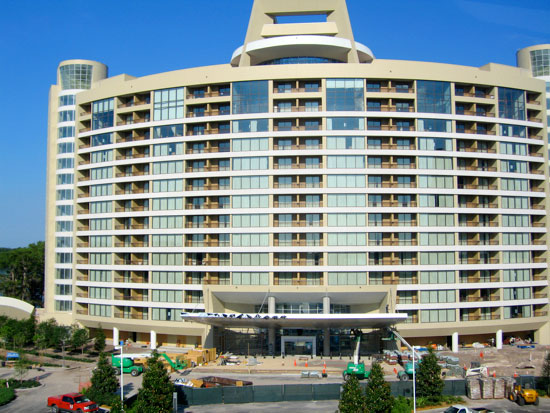 On the way out of the Magic Kingdom, I caught this view of the upcoming Bay Lake Tower resort, which is nearing completion on the outside. Word on the street is that the hotel will begin previews/walk-throughs near the end of July. 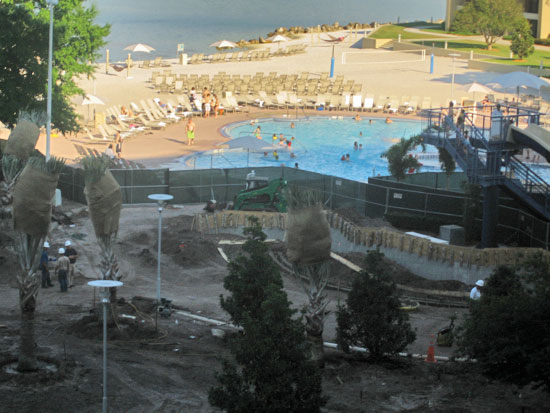 Finally, I snapped this shot of the remaining construction near the Contemporary Resort pool. The pool itself recently received a makeover and this area appears to contain the final bit of sprucing up.

Video: Behind the scenes of Manta

Manta point of view video, plus ride opens on Tuesday

Having worked at a theme park years ago, I would hope–and I’m sure this is the case–there are signs posted at the park entrance letting guests know about this.

Space Mountain is a premiere attraction, so to not inform folks until they get inside isn’t likely.