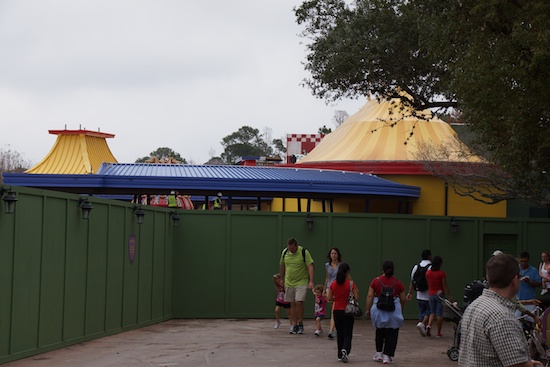 Many rooftop details have been added, as well as new paint and a few trees in the area that can be seen by the public in the Fantasyland expansion at the Magic Kingdom in Walt Disney World. Above is the view of the new Dumbo attraction that can be seen while walking near the teacup ride in the current Fantasyland. 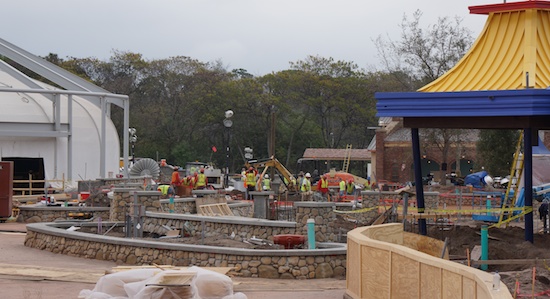 This is our best photo of the first area that will open, Storybook Circus (spring/summer). It looks like there are a lot of planters in front of the new Dumbo attraction. 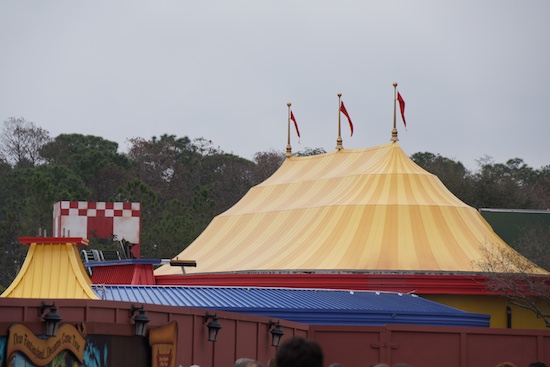 From over by the Winnie the Pooh ride, you can see the bright yellow circus tent for the Dumbo rides and the red and white checkered part of the new Barnstormer coaster. 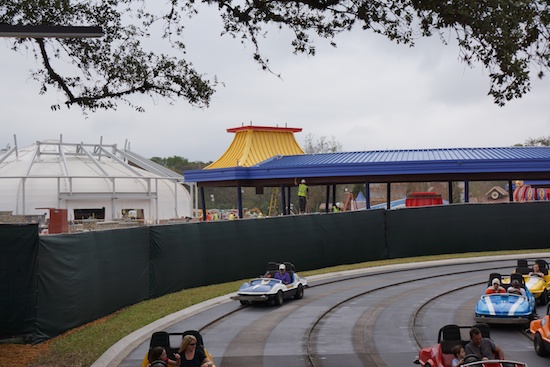 The view over the Speedway of part of the Dumbo attraction, right, and another tent in Storybook Circus that will most likely be opening later than the rest of Storybook Circus. 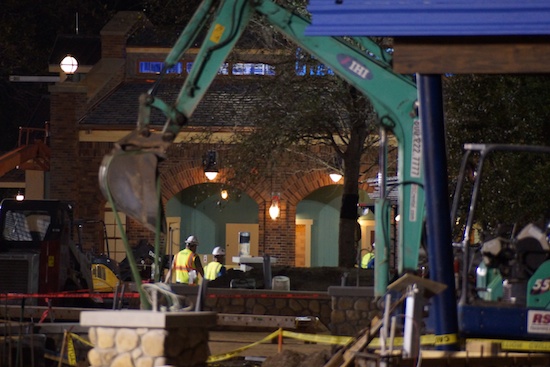 This photo was taken last night. The workers in the Storybook Circus area have been working day and night to get it open ASAP. This shows the new train station. The steam train currently stops here for water, but doesn’t load or unload passengers yet. 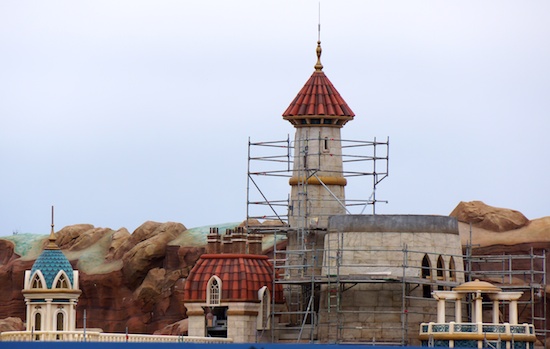 Prince Eric’s castle has had a topper put on the tower. This building will house The Little Mermaid ride.
We interviewed an Imagineer about the Sorcerers of the Magic Kingdom game for our Spring 2012 issue earlier today and we briefly spoke with Disney Imagineer Media Manager Diego Parras about Fantasyland. He reminded us about the many trees that will be planted in the new Fantasyland Forest area. Once completed, you will not longer be able to see Prince Eric’s castle from the current Fantasyland area because of the “forest” and the hills of the Seven Dwarf’s Mine Train ride. 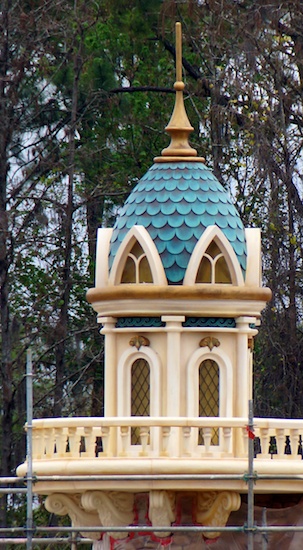 A closer look at part of the castle. Once the new area opens, there will be two new castles in the park, Prince Eric’s and Beast’s. They fit with the Magic Kingdom name. 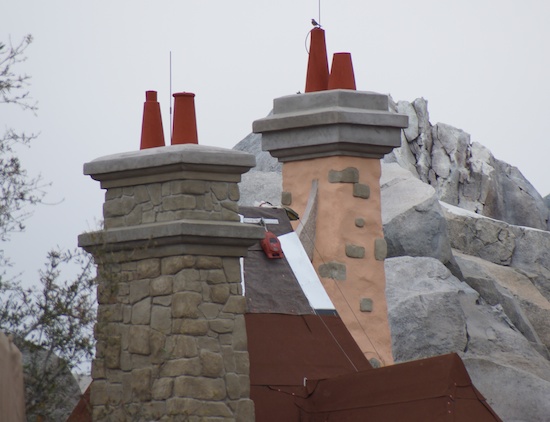 Even Belle’s cottage received some paint on the chimney.

I want to go NOW!!! Thanks for the great shots. I looked at all your stuff. Great work! Love it, love it.