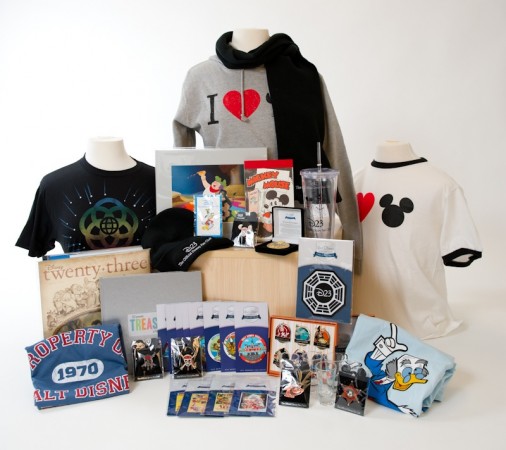 Starting on Feb. 17, 2012, Disney’s D23 official fan club will be celebrating its third anniversary with a “23 Days of Celebration” Twitter sweepstakes. Each day at approximately 1 p.m. eastern time, D23 will provide a different challenge for the day and the first person to submit a valid photo that matches the challenge will win a special prize.

Some examples of the various challenges include asking fans to send in a photo of themselves in front of a certain Disney attraction, or sending in a picture of them wearing D23 apparel. There will be a new challenge each day which will present a new opportunity to win.

Prizes will include exclusive D23 pins, D23 patches, D23 collectible merchandise, and on March 10, D23’s third anniversary, they will be giving away a special prize package.

The task and the prize will change on a daily basis, so follow “@DisneyD23” on Twitter to be sure to have an opportunity to take part in every challenge in D23’s “23 Days of Celebration” anniversary Twitter sweepstakes! Full rules are available at D23’s website here.

Level up your WEB Slingers experience with...

What to watch on Disney+ during social...