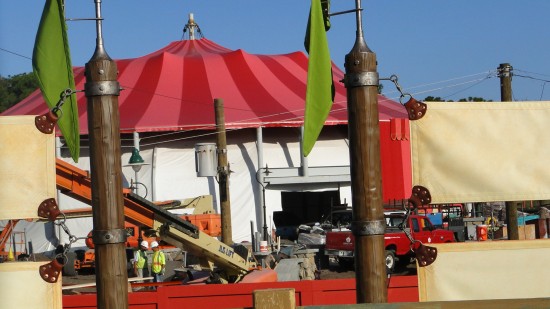 While part of Storybook Circus’ soft opened earlier this week, construction is in full swing on the second half of Storybook Circus as well as other parts of the new Fantasyland at Magic Kingdom. Above is a view of the Casey Jr. water play area and the smaller tent in Storbook Circus. 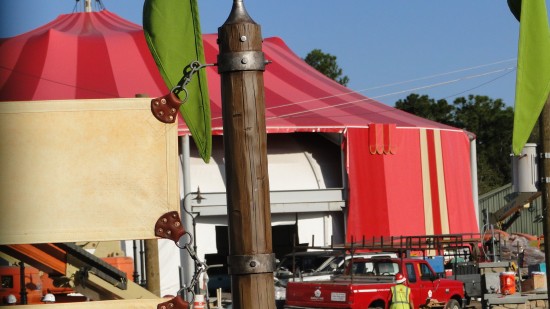 The smaller tent in Storybook Circus which will be home to Pete’s Silly Slideshow, is receiving its bottom layer of the outer covering. 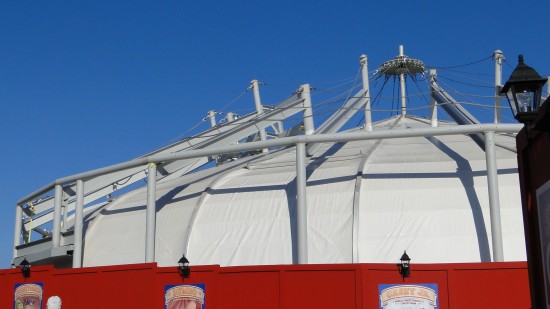 Not much progress is to be seen on the larger tent which will be home to Big Top Souvenirs, a retail store in the same location as the former Toontown Fair store. 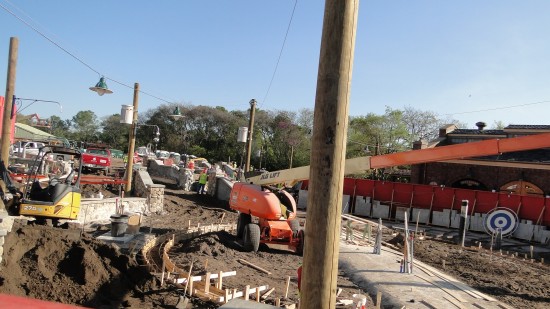 The Casey Jr. water play area is receiving a lot of attention and is now listed on the park map as “Coming Soon”. 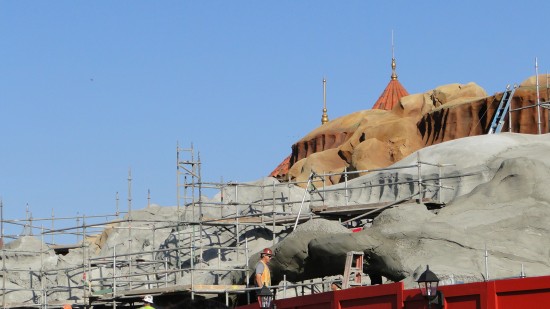 The rock work on the Little Mermaid attraction is being expanded towards Storybook Circus to cover the show building. 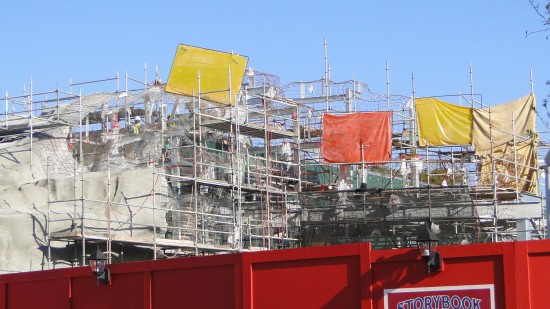 An arch is being constructed between the Little Mermaid ride and Storybook Circus. 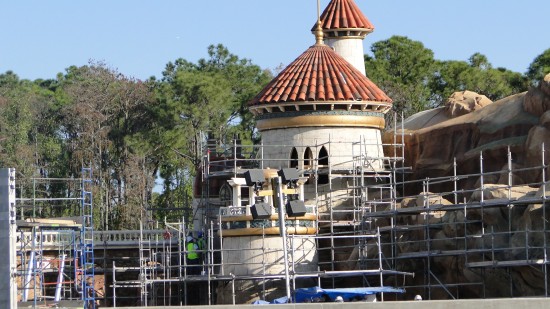 Prince Eric’s castle is getting more details added to its toppers. 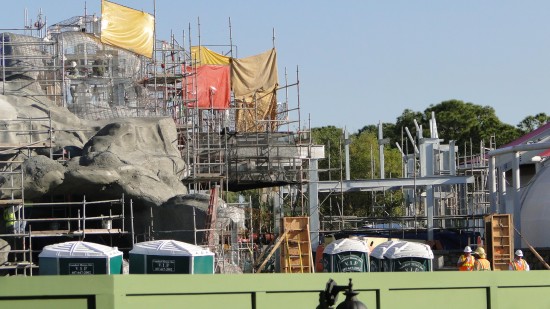 Here is a wider view of the arch being constructed. 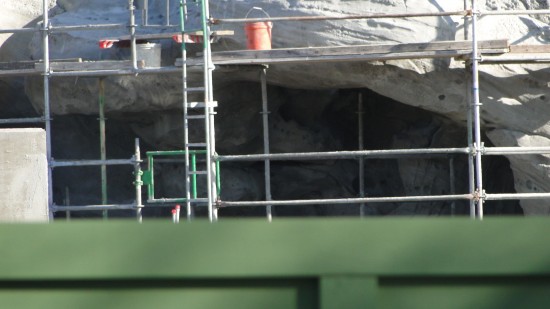 Here is a look into the caverns that will house Ariel’s meet and greet. 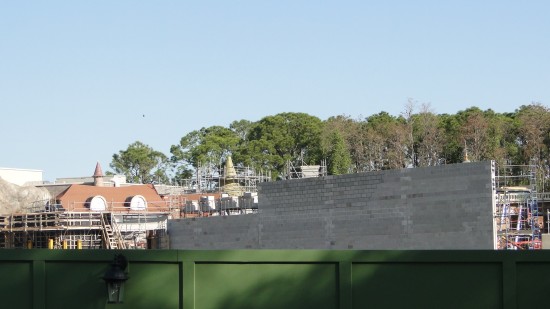 The show building walls for the Seven Dwarfs Mine Train are being constructed. 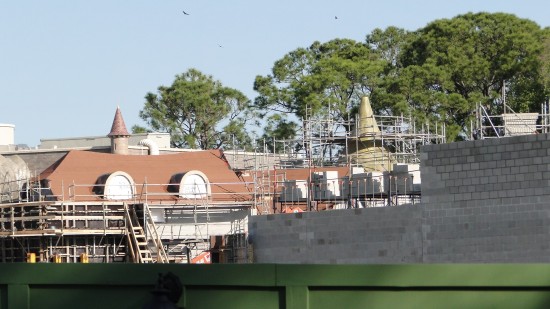 The view of Belle’s Village is being obstructed by the show building for the Seven Dwarfs Mine Train ride. It is said that it won’t be visible at all from the old Fantasyland once the construction is done. 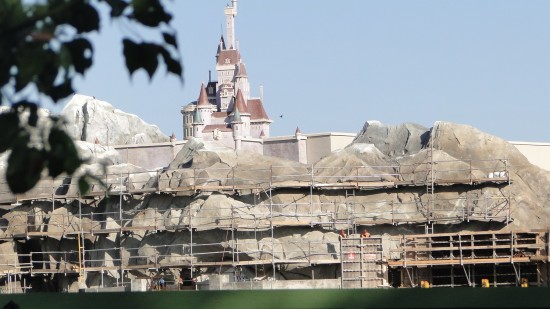 The entrance for the Be Our Guest restaurant is receiving a lot of attention. 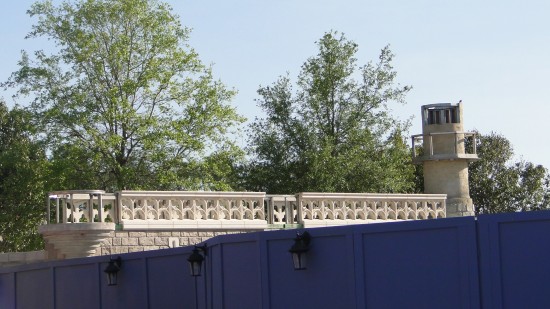 The castle wall is getting a lot of details added to it and is now shown on the Park Map. 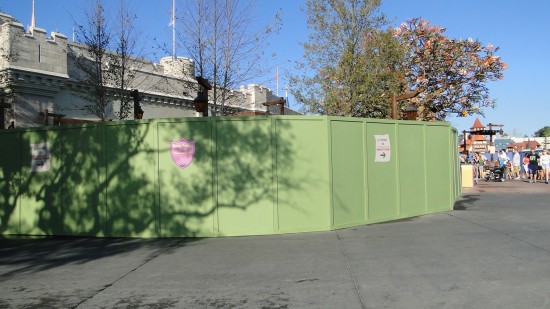 The former Tigger’s Bounce Spot is now behind walls and is rumored to be turned into a meet and greet with Pooh and Tigger.

The Beauty and the Beast and Little Mermaid themed areas are set to open this Fall with the other half of Storybook Circus opening later this year or early 2013, and Seven Dwarf’s Mine Train set to open by, or in early 2014. Be sure to stay tuned to Orlando Attractions Magazine for even more new Fantasyland construction updates and news.