Star Wars Galaxy’s Edge is a massive construction projection currently taking over more than half of the backstage unused area of Disney’s Hollywood Studios (and Disneyland Park). This photo report, with shots provided by @bioreconstruct on Twitter, checks out the current progress of the biggest park expansion in Disney history. 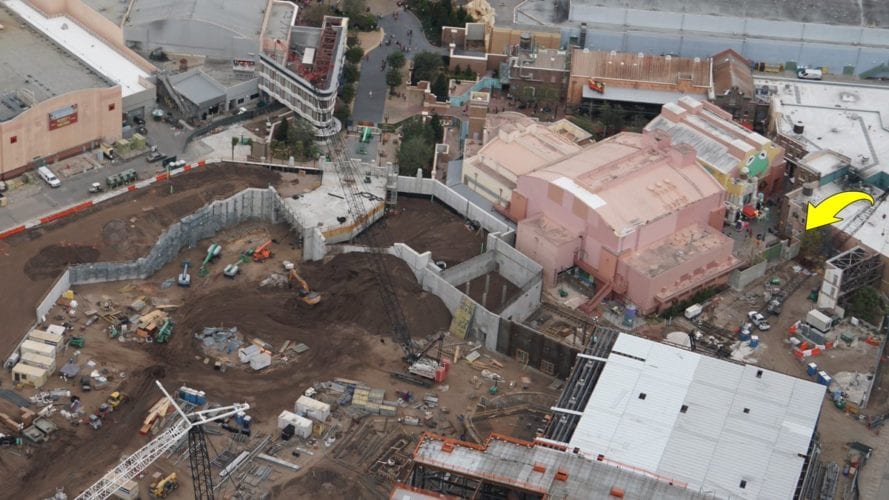 Peering at the Grand Avenue side of Galaxy’s Edge, you can see the hills and walls currently being formed to create the discreet entrance. The arrow on the right shows construction walls have been taken down near the backstage cast member only exit. 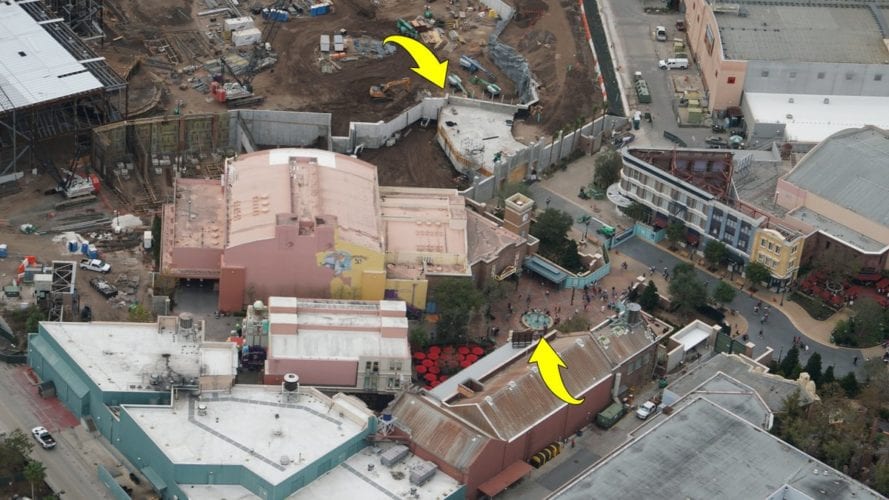 The top arrow is the same entrance taken from the other side. This area is expected to expand skyward to hide the pillars and structures of Galaxy’s Edge from the rest of Hollywood Studios. The second arrow points to the Muppets fountain which once again has water flowing. 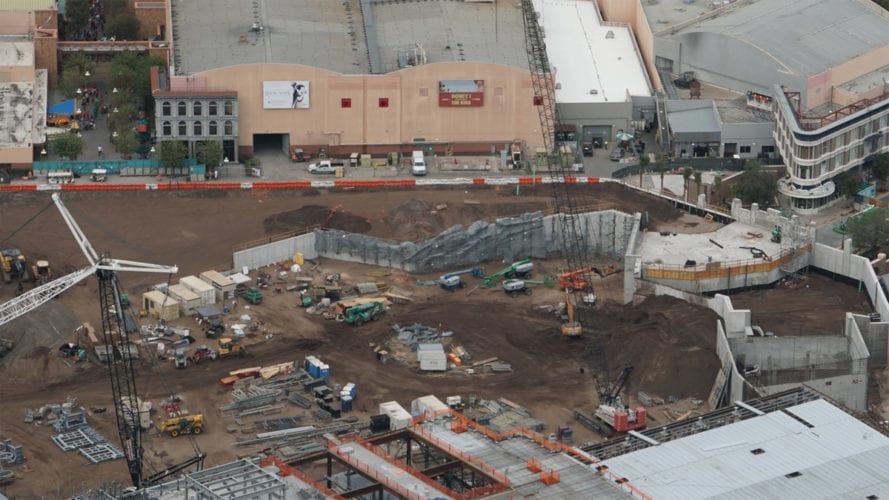 Moving farther into the construction area we can see rock work beginning to form at the Grand Avenue entrance side. Galaxy’s Edge will have an entrance at Grand Avenue and Toy Story Land. 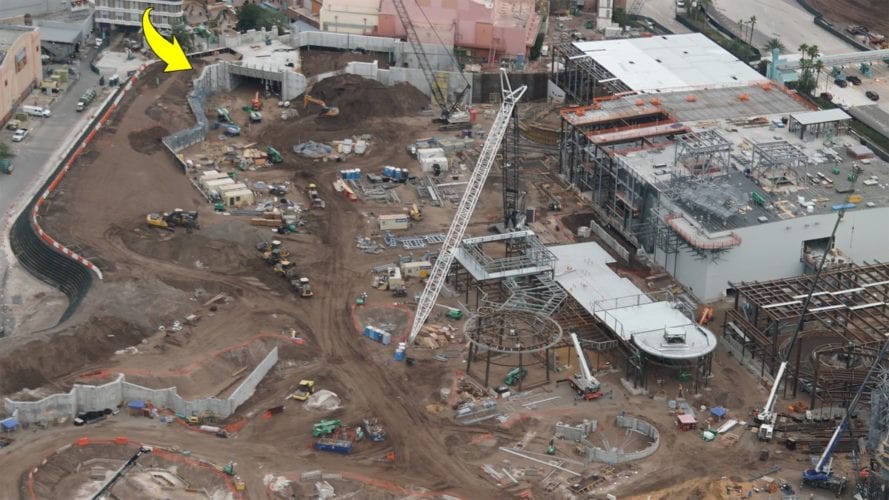 The arrow points to a view inside the Grand Avenue tunnel entrance, and at the bottom right we can see the newest structure forming. 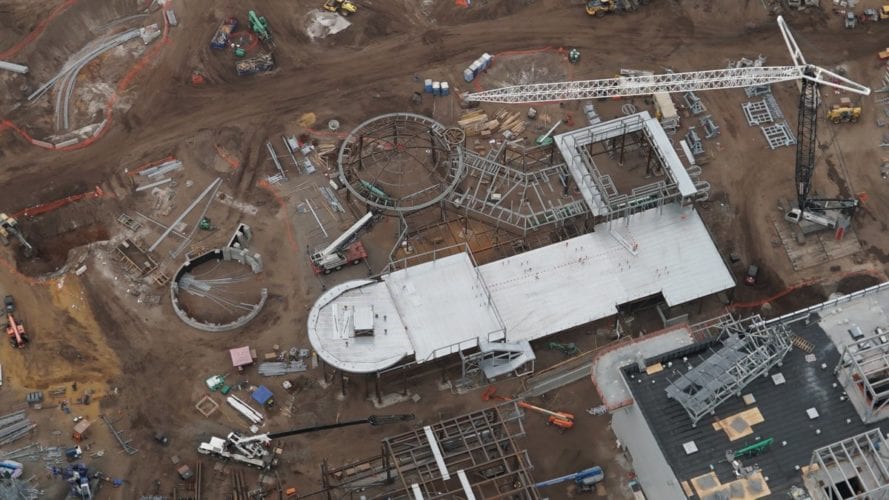 This new structure is right next to the First Order attraction, but does seem to be separate from it. It could possibly be the entrance with the queue being made separate from the attraction at first, to be joined later, or the opposite with a merchandise shop at the exit. 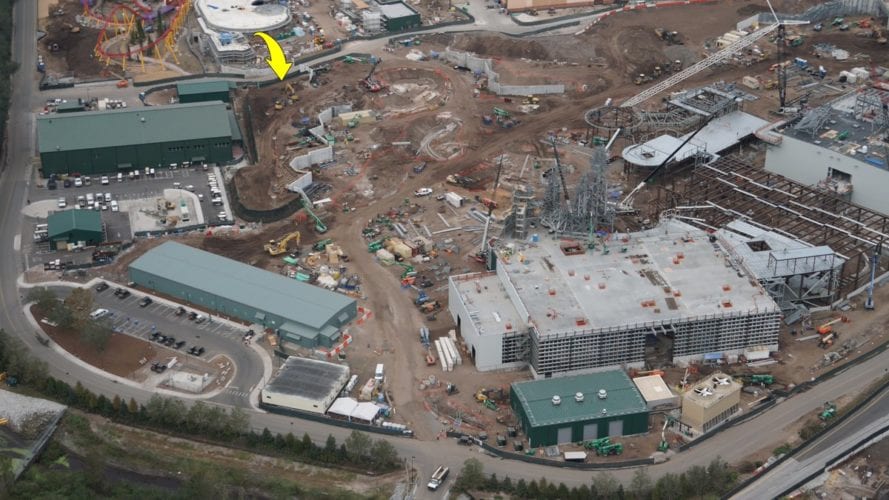 This shot showcases the Millennium Falcon show building at the bottom right. The arrow is where hills are currently being raised up to hide backstage areas. 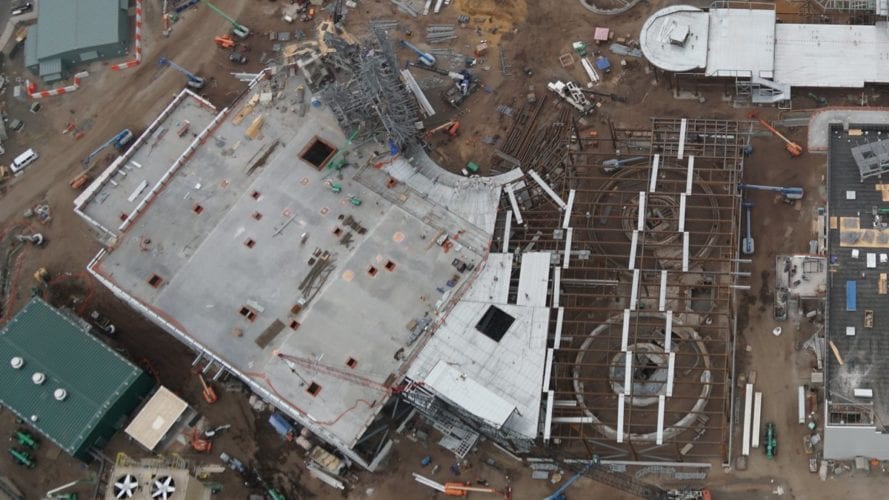 The Millennium Falcon building is doubling in size, two more of those turntables on the right were already built and then covered by the roof on the left. 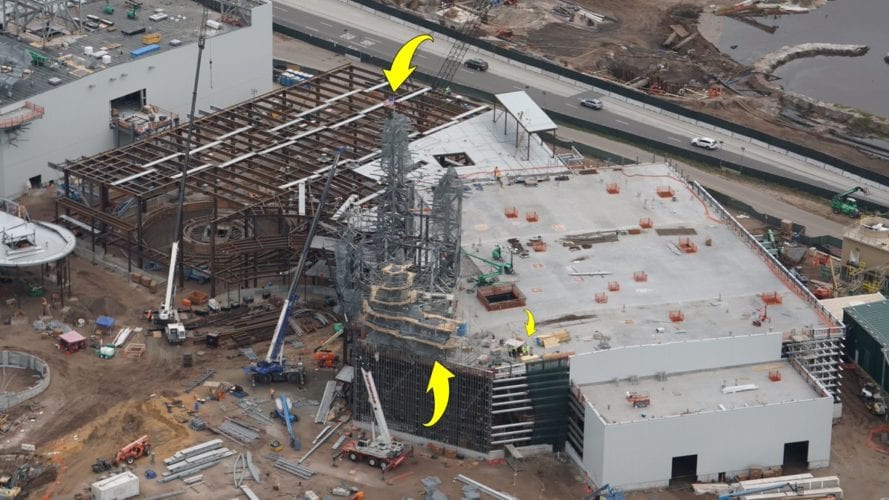 The American flag and tree at the top arrow showcase the highest point of construction. You can also see the scaffolding for rock work is ready to begin. The smaller arrow shows how tiny the workers are compared to the Millennium Falcon show building. 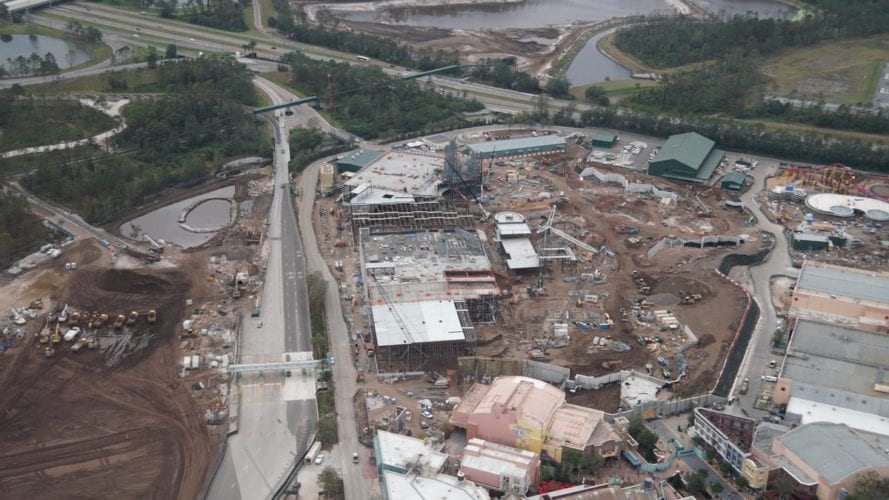 Lastly here is an overview shot of the whole construction area. The rumored site for the Star Wars hotel is on the left across the entrance road. Check out our YouTube channel for more videos about Galaxy’s Edge, including the land model of what is to come.

My feelings toward implementing a theme park...