Photo Update: What’s new and interesting at SeaWorld for February 2012 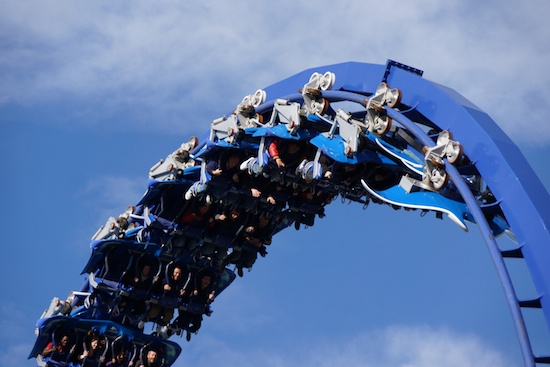 We visited SeaWorld Orlando this past weekend during their Bands Brew and BBQ event. Here’s an update on the event, some construction projects and other things that caught our eye. 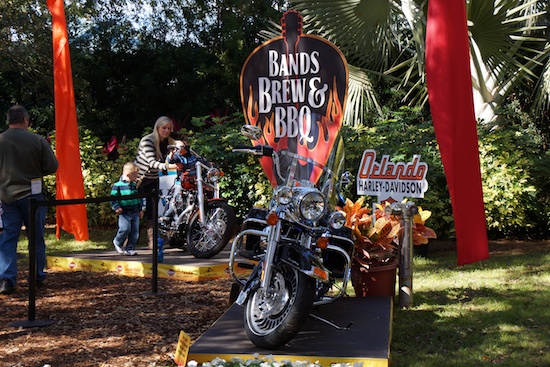 Lakeside is where all the Bands Brew & BBQ events happen. New this year is a display of Harleys and a place to pose for a photo on one. 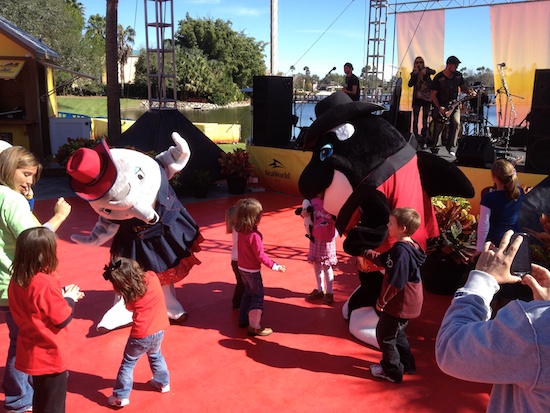 Shamu and Dolly Dolphin dance with guests in front of the stage for the secondary bands. The headliners perform in the nearby open stadium. Click Here for all the upcoming artists. 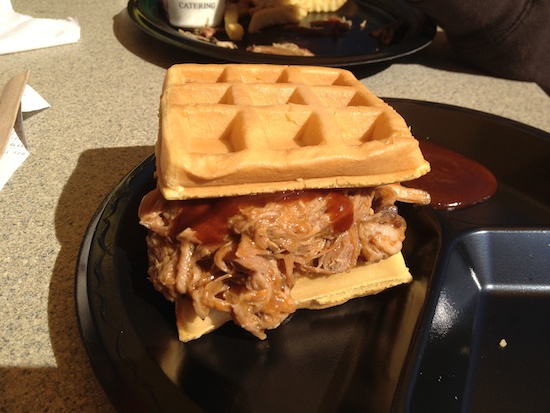 There was a lot of different BBQ foods available at many different stands but I just had to try this unique waffle sandwich. It wasn’t bad, but it was a bit too sweet for my tastes. 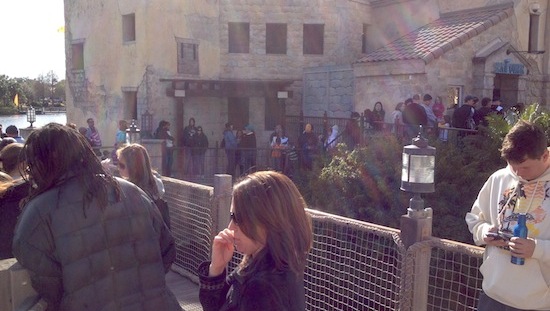 SeaWorld used to charge a few dollars to go up in the Sky Tower but Platinum pass holders were free. Then they changed it so everyone had to pay. Now it’s free to everyone. I think that’s great, but it does cause longer lines. I waited about 40 minutes to ride, although the line did get shorter later in the day. 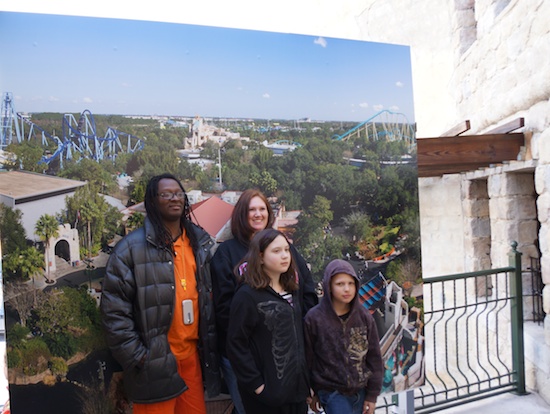 To help make up for the lost revenue, now before you board the Sky Tower, a SeaWorld photographer takes your photo in front of this background. Then when you exit the ride you can see, and purchase your photo if you’d like. 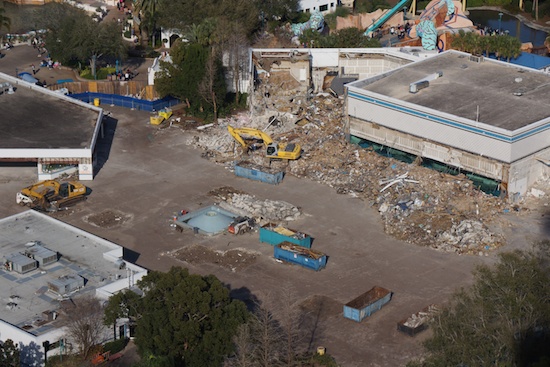 The view from the Sky Tower offers a great look at the demolition of the former Penguin Encounter attraction. SeaWorld is building “Antarica: Empire of the Penguin” which will be a themed area with a shop, a restaurant and a one-of-a-kind ride which will let guests see through the eyes of a penguin. It’s set to open next year. 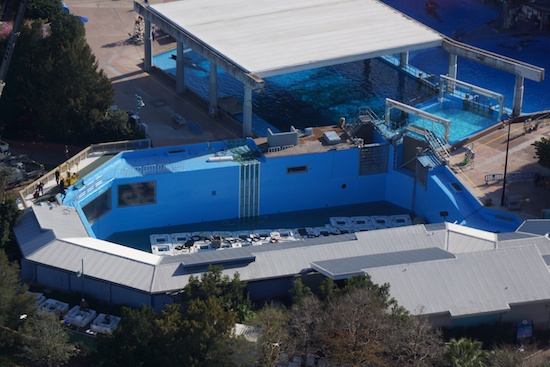 The Sky Tower also offers a good look at the work being done on the killer whale tank near Shamu Stadium. As a safety precaution, a rising floor is being added. 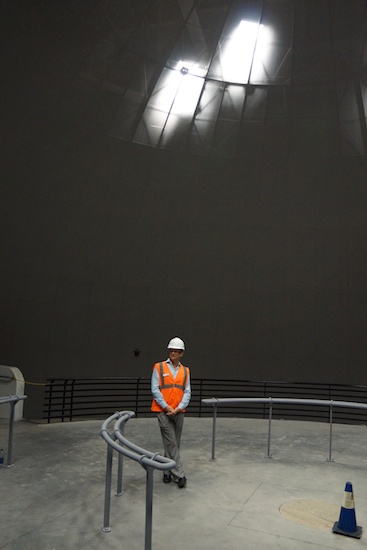 Also under construction at SeaWorld is a new attraction called TurtleTrek. The main part of the attraction will be a 360 degree 3D theater. We got a tour of the still under construction dome last week. Watch episode 63 of “Orlando Attractions Magazine – The Show” to hear more about it from SeaWorld Creative Director Brian Morrow. It’s opening this spring. 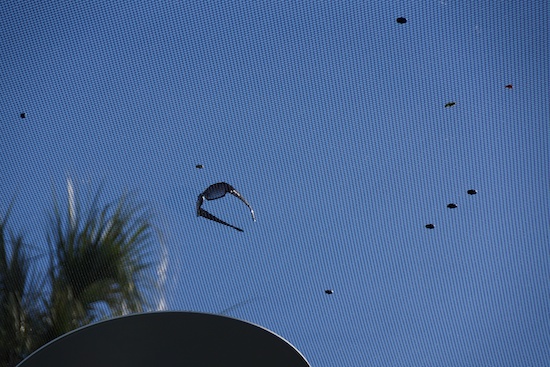 We’ll end our report with a couple of interesting things I noticed. Here’s some sunglasses and change that fell into a net below the Manta roller coaster. If there’s one coaster in Florida that you should empty your pockets for before riding, it’s Manta. 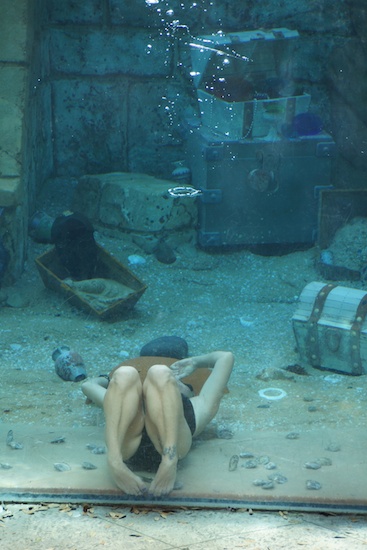 It’s usually fun to watch the pearl divers and how the other guests react to them. This diver was blowing bubble rings.