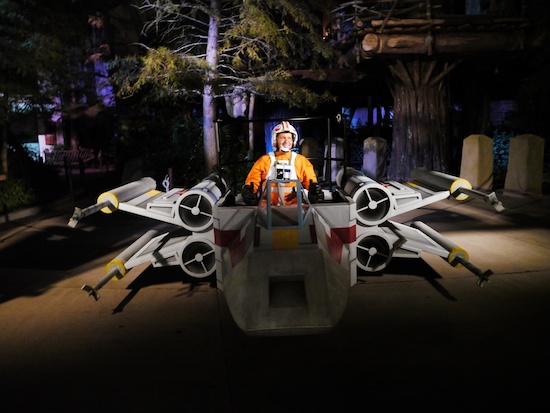 Disney’s official fan club, D23, held a special event at Hollywood Studios last night which allowed about 250 members and their guests to take the final ride on the Star Tours attraction in its current form.

Star Tours is now closed but will reopen sometime next year as Star Tours: The Adventures Continue. The new 3D ride will offer multiple destinations. More details on the new attraction can be found Here.

But last night was all about the original Star Tours. Besides riding on the last flight, there were a few small surprises, such as getting to see the rebel pilot sitting in the X-Wing that is used in the Star Wars Weekends parade (above). 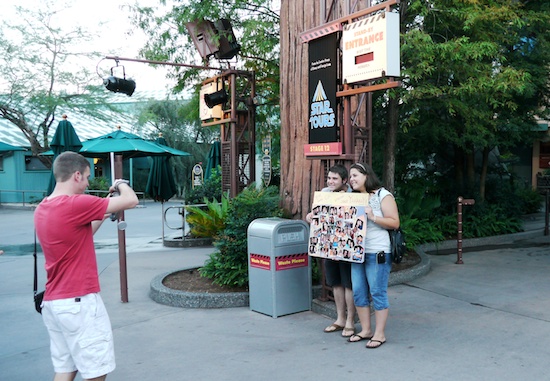 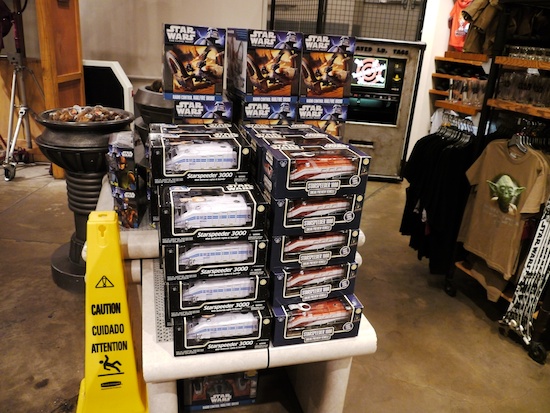 The gift shop still had toy Starspeeders for sale, both the old and new versions. 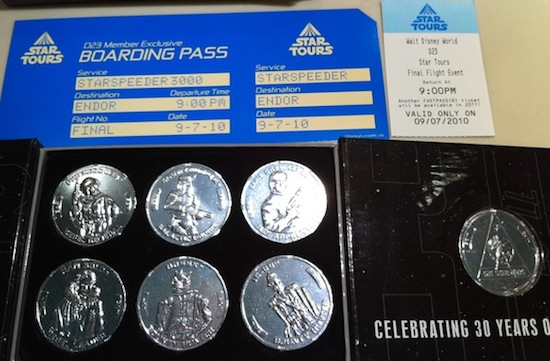 We exited the park and got in line for the D23 event. Upon checking in, we were given these souvenirs. The Fastpass ticket says “Another Fastpass will be available in 2011!”. After exiting the last ride, we were also given a Star Tours Final Flight patch. 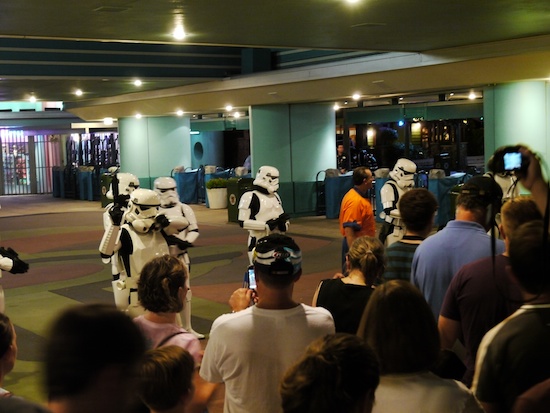 We were escorted back to the attraction by a group of Stormtroopers. 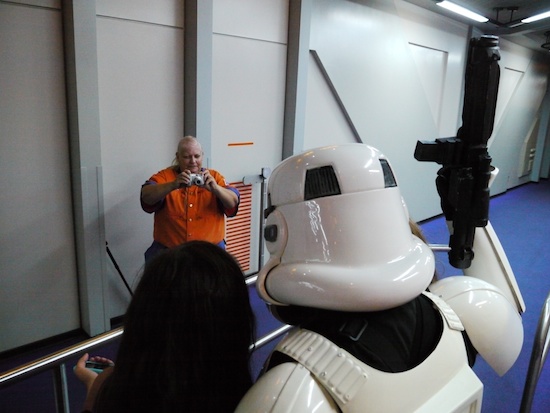 As we were waiting to board, many guests were having their picture taken with the Stormtroopers and Star Tours cast members. 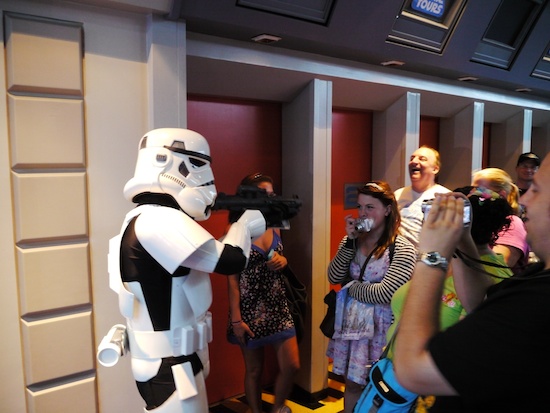 This Stormtrooper wasn’t too happy when someone yelled out “Aren’t you a little short for a Stormtrooper?”. 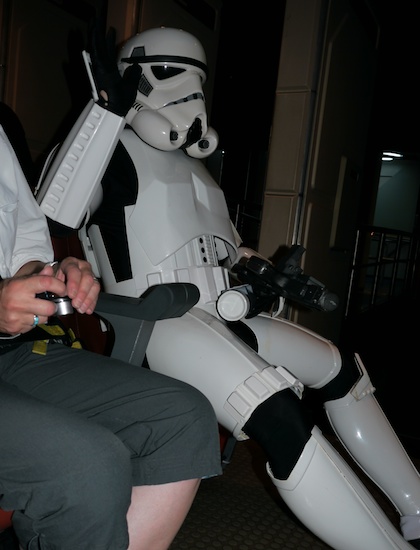 One Stormtrooper even rode the final flight with us. Be sure to watch to the end of our video below to see his reaction to Star Tours closing. 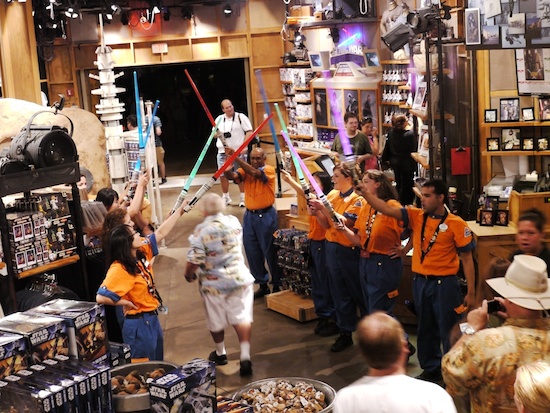 Cast members raised their lightsabers to us as we exited the attraction for the very last time.

Here’s a look at the event, the ride queue and the whole ride-through.

'Ghost Hunters' to investigate Ripley's Believe It or Not, visit fans at HHN and Horror Weekend

What’s coming to Disneyland Resort in 2022?