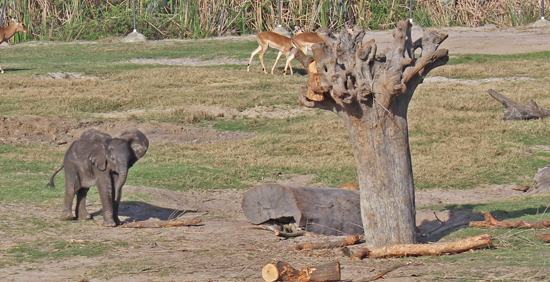 Over the past few months, Lowry Park Zoo has welcomed two newborns, a now 2-month-old female pygmy hippopotamus and a now 3-week-old male african elephant. Both are currently living in the Safari Africa section of the zoo and can be seen by guests daily.

The Zoo’s African elephant calf was born on Sunday, Dec. 23, 2012 and has now met the family and is learning to navigate the outdoor savannah with her mother, Mbali, and two aunts (other mature females in the herd). The yet unnamed female calf can be seen following her mother, exploring, learning to use her ears and trunk, nursing and napping. 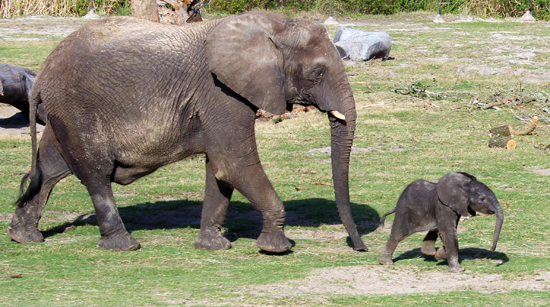 While the newborn calf has not yet been named, the Zoo has extended an invitation to the Reilly family in Swaziland, to select an appropriate name, in honor of their leadership in establishing three national parks for wildlife conservation in that country. 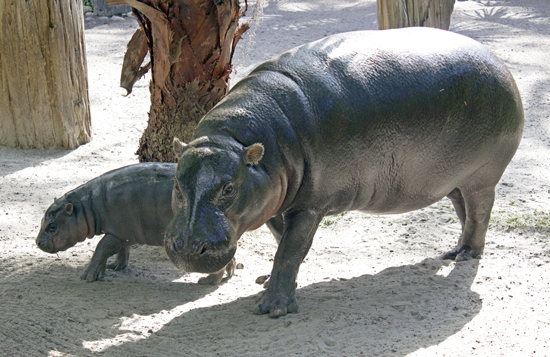 The pygmy hippopotamus was born Thursday, Nov. 15, 2012 to the zoo’s second-time mother, Zsa Zsa. The hippo was named through a contest on their Facebook page. Her name is Zola, meaning “to love”. The birth is only the second in the zoo’s history (the first occurring in 2008), and a significant conservation milestone for the endangered species. 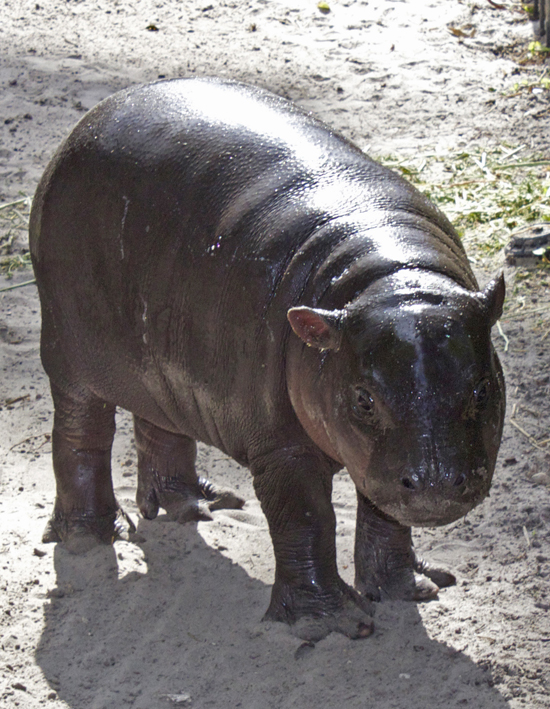 “The birth of this rare and endangered nocturnal forest species marks only the 55th individual in the managed population within North American and underlines the importance of our conservation efforts with this species.,” said Dr. Larry Killmar, vice president of animal science and conservation. “With fewer than 3,000 pigmy hippos in the wild, each birth is vital if we have any hope of saving this truly unique species.”

The zoo’s animal care team has monitored both Zsa Zsa and Zola since the birth and the mother appears to exhibiting appropriate behaviors and the calf and has been seen nursing routinely. The Nigerian population of pygmy hippos is considered endangered. More “pig like” than its larger Nile relative, the pygmy can be found in West Africa in lowland forests.

Check out this video of the two newborns in action:

‘Creatures of the Night’ Halloween event returns to...

Book behind-the-scenes tours with the stars of ‘Secrets...

Oh my goodness! That is ridiculously cute! I don’t think I’ve ever seen a baby hippo….adorable. What an amazing creature.

I have heard that there are endangered Pigmy Elephants in South America. Does anyone know of any zoo that may have some of them to view? I hope someone saves a few of them in a zoo.