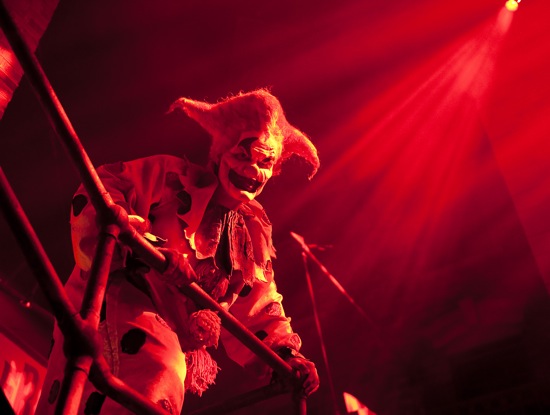 There are only two nights remaining to experience Halloween Horror Nights at Universal Studios. As an added treat, Universal added an all-new scare zone this week. Located within a New York area alley, characters from past Horror Nights events (like Jack the clown pictured above) have emerged to greet guests once again, previewing what’s to come for the event’s 20th anniversary next year, described as a “scrapbook” for Horror Nights fans.

After experiencing the new scarezone, guests have the opportunity to tell Halloween Horror Nights creators what scares them the most. In on-camera interviews or through other surveys, guests are asked to share their favorite moments from the past 19 years of terror and what new fears they’d like to have piqued. This feedback will be used in planning for Halloween Horror Nights 20 next year.

Below are a few images from the new scare zone. The first three (and the photo above) were released by Universal Orlando and the last three were sent to us by Orlando Attractions Magazine reader Michael Gavin. 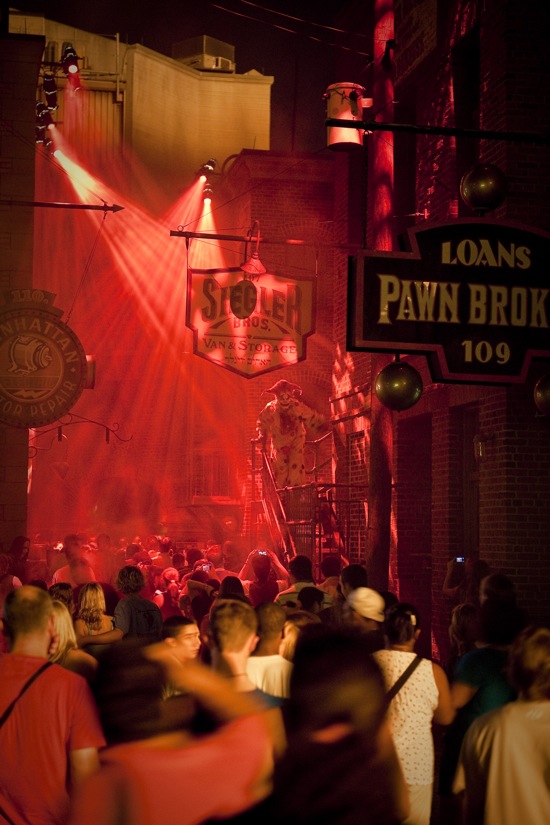 The new scare zone is quite confining. 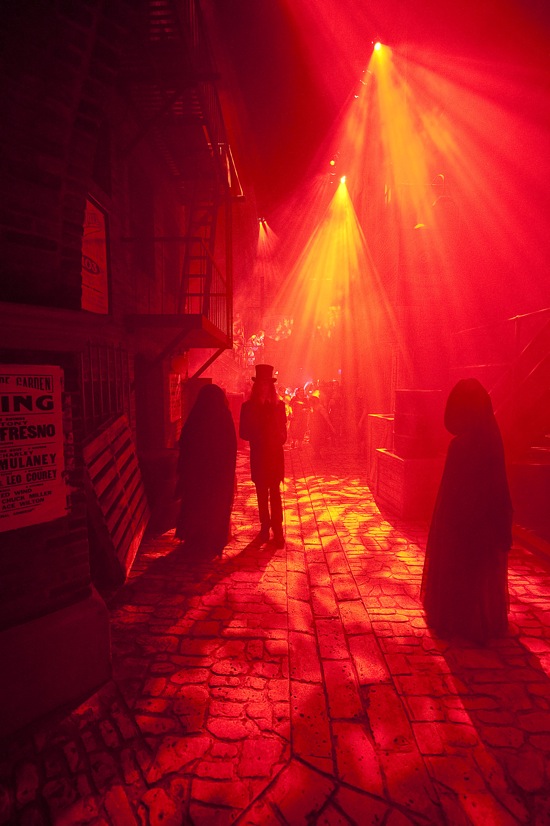 The Caretaker from Halloween Horror Nights 12 walks the alley. 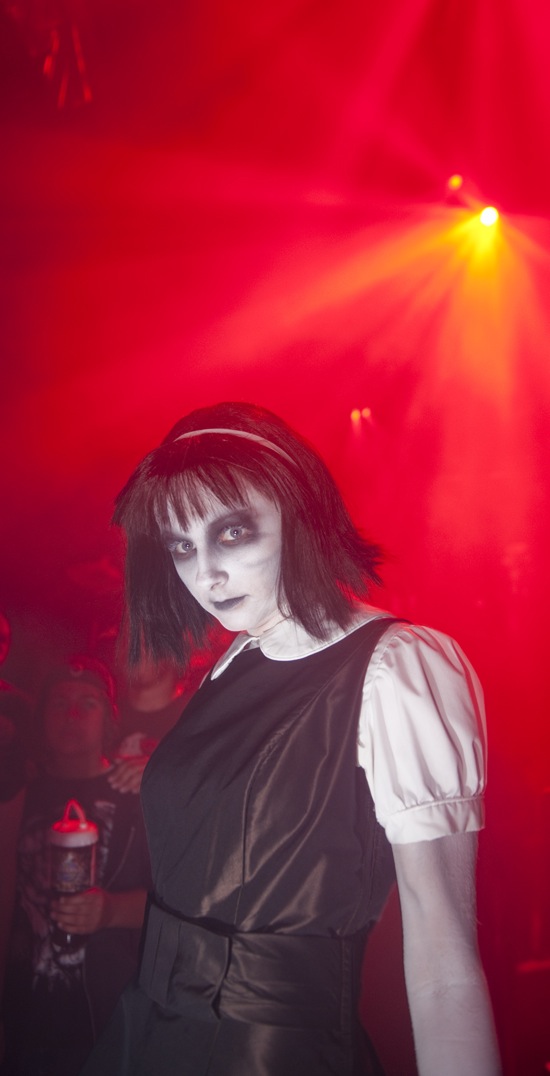 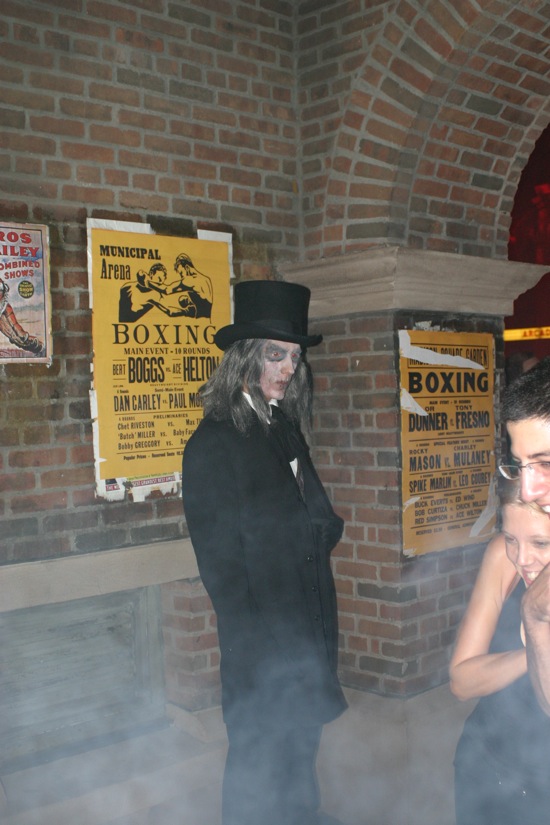 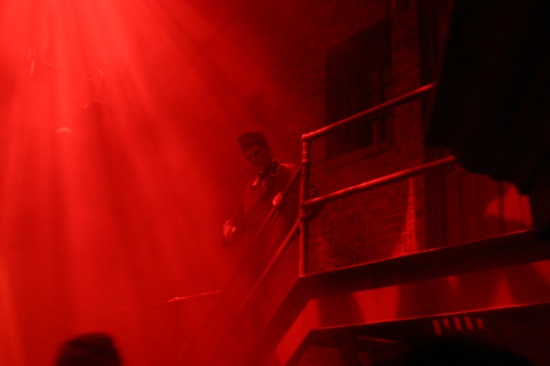 The Usher from this year’s event occasionally shines his flashlight onto guests. 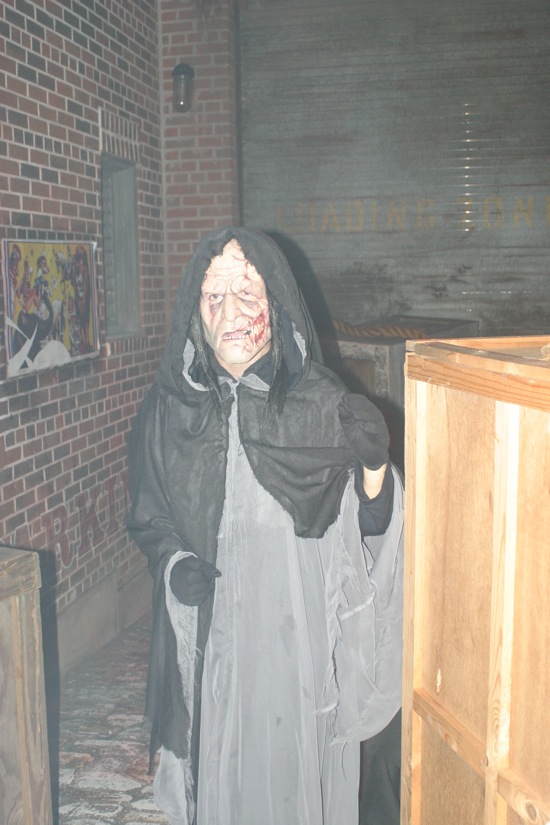 Additional scares can be found around corners.

Here’s our video look at all of the other scare zones from Halloween Horror Nights 19: